Cowboys vs Broncos Preseason Picks and Predictions: Dallas and Denver Play Off the Rust

Denver and Dallas's meeting at Mile High this weekend will have all the trademarks of early preseason action... including plenty of backups. We highlight what to watch for and the NFL betting value with our Cowboys vs. Broncos picks.

After losing in the Wild Card Round to the 49ers, Mike McCarthy looks to make good on a promising young Dallas Cowboys roster in his third season as head coach.

Opposing tonight will be the Denver Broncos, who are looking to follow the last two Super Bowl winners by taking a promising, underperforming roster and catapulting it with a big-splash move at quarterback.

Before either team can begin that journey, they will open their preseason schedule against each other on Saturday.

Continue reading for free NFL picks for the Cowboys vs. Broncos on August 13.

The Broncos opened as two-point favorites and have since moved to -3, with a few books showing a more favorable -2.5 with moderate juice. The total opened at 33.5 and has since moved down to 31.5, with some books showing juice on the Under that could suggest a further move down.

Cowboys vs Broncos picks and predictions

It was this time last year the Cowboys were the team of focus on Hard Knocks, and national expectations for the team were sky high.

The idea was that a returning Dak Prescott, an emerging CeeDee Lamb, and the newly drafted Micah Parsons were going to lead the franchise back to playoff prominence. After opening 6-1, with their lone loss coming by two points on the road against the defending Super Bowl champions, they looked to be the real deal.

After stumbling through the middle of the season, they finished strong with a 5-1 record and two 50+ point performances in the final three weeks to close the season. After their season ended abruptly in the playoffs, they will look to amend those shortcomings this year as they hopefully try to make it past the Divisional Round for the first time since 1995.

To open that journey, they will face off against the Broncos in their first preseason game, another team hoping to reverse some bad playoff fortune. Denver has failed to make it back to the playoffs in the six seasons since winning the Super Bowl in 2015 and has made some big changes ahead of this season in order to make the best of a promising young roster.

The Vic Fangio experiment has ended and in his spot is Nathaniel Hackett, who served as the Packers offensive coordinator over the course of the last three seasons. Hackett's potential and appeal is largely tied to Aaron Rodgers' back-to-back MVP campaigns, which were seemingly entirely unexpected before they occurred.

Denver's front office has paired that move with a trade for superstar quarterback Russell Wilson, who has been the subject of trade rumors for a few years now.

Given that Saturday's matchup is the first preseason affair for both teams, none of these household names will take the field for either team. The Cowboys' starters are currently not expected to play, and Hackett shot down the idea of Wilson playing.

When looking at the reserves, Denver seemingly has a clear edge.

On offense, Mike Boone is a coaching staff favorite and has been one of the best preseason players in recent years. Kendall Hinton is a name many will remember for his emergency spot-start at QB during the COVID season two years ago. Wide receiver Seth Williams was a stud at Auburn that produced despite poor quarterback play, putting up bigger numbers than former teammate and current Cleveland Brown Anthony Schwartz. Newly drafted Greg Dulcich was one of the flashier tight ends of this class and has an extensive production profile.

To be frank, there's a simple angle when it comes to preseason totals, especially for the first week: take the Under. These teams are not playing capable players and typically offense is harder to install and execute than defense is.

With quarterbacks like Josh Johnson, Brett Rypien, Cooper Rush, and Will Grier slated to be under center for the vast majority of the game, there is little to worry about when it comes to sustained offensive success. Johnson is arguably the best of the bunch, but the other three have been extremely unimpressive in their few opportunities.

For the most part, both coaches will look to get in and get out. As seen during last year's Hard Knocks, Mike McCarthy isn't exactly the type of coach to push his players in this scenario and demand 100%.

Nathaniel Hackett is more or less the same way, given both his comments about Wilson's availability for this game and other comments he has made related to the matter.

While many across the world are excited to get their eyes on some NFL action, the harsh reality is that the opening games of the preseason are likely to be snooze fests. On one side, you have the Cowboys, who have zero plans to play any of their starters and have been noted as a team severely lacking depth on the offensive side of the ball.

On the other, you have the Broncos, who are going through a coaching and quarterback change. That quarterback will not play on Saturday, and the coach in question comes most recently from a staff that has always been rather lax with their veterans.

Neither team is likely to press the issue when it comes to playing hard. Neither team possesses enough offensive talent to execute cohesively and repeatedly, even if they were to be pressed on.

It may not be exciting, and there are certainly bigger battles (and bets) to be made in the future, but for Saturday's matchup, play it safe and expect the expected. 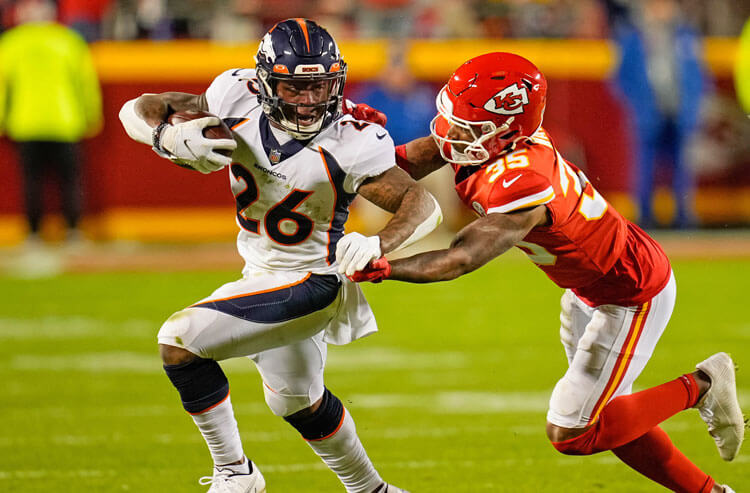 Cowboys vs Broncos Preseason Picks and Predictions: Dallas and Denver Play Off the Rust
Provided by