Lamar Jackson and the Ravens are going for their fourth straight win when they host Indianapolis on Monday Night Football to wrap up the Week 5 slate. Find out if we like Baltimore to cover as 7-point betting faves in our Colts vs. Ravens picks. 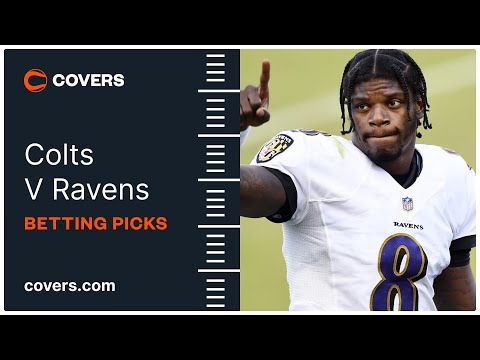 Lamar Jackson and the Baltimore Ravens will look to stay in first place in the AFC North and win their fourth consecutive game when the Indianapolis Colts travel to M&T Bank Stadium to wrap up the Week 5 slate.

Baltimore, which has responded with three straight wins after dropping its season-opening game, is 7-point home chalk for the Monday Night Football contest against the Colts, who are off to a slow start but won their first game of the season in Week 4.

Check out our best free NFL betting picks and predictions for Colts vs. Ravens on October 11.

The spread opened with the Ravens at -7 and the Over/Under at 48. While the line hasn't moved as of Friday afternoon, the total has ticked down to 45.5. Use the live odds widget above to track any future line movements right up until kickoff and be sure to check out the full NFL odds before placing your bets.

If you're signing up for a new sportsbook for Monday Night Football, here are two of the best welcome bonuses available:

USA: Place a bet on the “First Touchdown Scorer” market at Caesars and get a free bet equal to your stake (Max $25) to wager live on the game! Claim Now

Canada: Bet on the Colts ML and receive odds boosted to +320 at NeoBet. Claim Now

The Over is 7-0 in the Colts last seven games vs. a team with a winning record. Find more NFL betting trends for Colts vs. Ravens.

The Colts didn't have an easy schedule to begin their year, and after three straight losses against the Seahawks, Rams, and Titans, they finally got in the win column last week when they went to Miami and beat the Jacoby Brissett-led Dolphins.

The Colts know exactly how limited Brissett is after he spent two years as their starting QB, and they might not be in any better hands with new passer Carson Wentz.

Wentz is averaging just 6.7 yards per pass attempt and the Colts need to lean more on running back Jonathan Taylor and get better blocking if they want to improve on an offense that ranks just 26th in the league in DVOA at Football Outsiders.

The Ravens opened their season on Monday Night Football, when they were upset in overtime against the Raiders. Since then, they've won three in a row; an emotional home victory against the Chiefs, a last-second game-winning field goal versus the winless Lions, and an impressive 23-7 throttling of the previously unbeaten Broncos in Denver last week.

Despite a slew of injuries on offense, the Ravens have been rolling on that side of the ball. Thanks to dual-threat QB Lamar Jackson, Baltimore is third in the league in rushing with 164.5 yards per game while ranking fourth in total yardage (420 ypg).

On the defensive side of the ball, both of these teams need work, with the Ravens ranking 12th in DVOA and the Colts 21st. That said, Baltimore's secondary has looked better since Jimmy Smith returned from an ankle injury, while the pass rush ranks third in the league in quarterback pressures per dropback.

The Colts' stop-unit has big names like DeForest Buckner and Darius Leonard but they rank second-last in pressure rate and sixth-worst in yards allowed per pass attempt with 7.9.

That latter number is especially interesting because believe it or not, Jackson and the Ravens are fifth in the NFL in yards per pass attempt (8.7) while leading the league with 13.6 yards per completion. The Ravens have been burning secondaries and that's with Marquise Brown and Sammy Watkins dropping a bunch of perfectly thrown deep balls in Week 3.

That said, despite the Ravens' D shutting down the Broncos last week, they have also looked vulnerable at times this year. Baltimore is actually tied with Indy for 21st in the league in yards per play allowed (5.8).

With the Ravens cashing the Over in five of their last six games at home and the Colts going 7-0 O/U in their previous seven contests against teams with a winning record, go against the line movement and bet the Over.

The narrative that Lamar Jackson can't pass is starting to get thrown out the window. In his fourth season in the league, Jackson is showing massive development in his passing game especially out wide.

Jackson passed for 316 yards against a strong Broncos secondary last week and has now thrown for at least 235 yards in all four of his games this season. He even threw for 287 yards against Detroit, despite those previously mentioned butter fingers from his wideouts.

The Colts have been very susceptible through the air and with their struggling pass rush, Jackson should have plenty of time to throw. Take the Over on his passing yards total which is set at just 228.5. 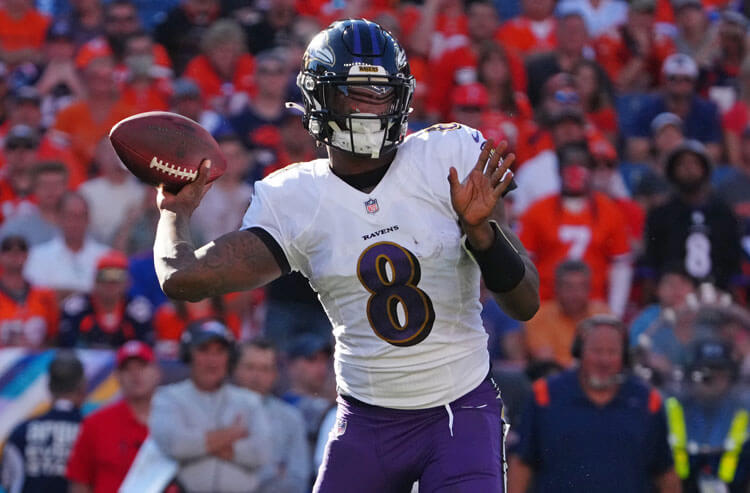