Our 49ers vs. Packers prop picks are highlighted by Allen Lazard and AJ Dillon, who have broken through in 2022 as key pieces to Green Bay's offensive puzzle. This and more in our best prop picks for this crucial NFC Divisional Round matchup. 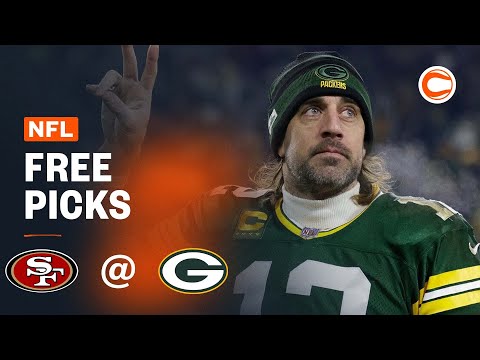 Aaron Rodgers and the Packers come into this game fresh out of a bye week, now they’re welcoming the 49ers to Lambeau Field. The Niners came through a tough game against the Cowboys by playing smart and more disciplined football.

The Packers are a different beast though and we’ll need to see a Kyle Shanahan masterclass to out-scheme the Packers and the future MVP. Don’t miss out on our Wild Card prop bets and same-game parlay for the San Francisco 49ers vs. Green Bay Packers.

49ers vs Packers Divisional Round props

Don't call it a breakout

Aaron Rodgers has wanted weapons for years and despite having one of, if not the best, quarterbacks in the league at their disposal, the front office in Green Bay has failed to help Rodgers out in the same way that Tom Brady has been given gifts from the Bucs.

We know all about Davante Adams but Marquez Valdes-Scantling and Allen Lazard haven’t offered too much over the past couple of seasons, but that might be changing. Over the past few games, we’ve seen Lazard become more and more crucial to this Packers offense.

He’s only had 40 receptions on the season but 21 of those are in the past five weeks and he’s emerging as Rodgers' most trusted wideout not named Adams. He’s had 12 targets in the past 2 games, hauling in 11 catches, showing that he’s growing as a player too.

Lazard’s line on receptions stands at 3.5, a total he may only have exceeded in three of his past five games but he’s had at least four targets in all but one game played going back to Week 6. You can bank on him continuing to showcase his newfound importance to the team.

More 1A and 1B than second string

AJ Dillon is another man who has seen their role on the Packers team increase as the season has progressed. This season with Jamaal Williams moving on and Aaron Jones having health issues, it’s forced Dillon into being the Packers' bell cow at times this year.

Jones has returned to the team but it’s clear that Dillon isn’t giving up this role and now the running back room looks far more like a shared backfield, with Jones the 1A and Dillon the 1B, their contrasting skillsets being used to different effects by Matt LaFleur.

Jones, perhaps by reputation, has shorter odds to score a touchdown at +130 but I believe Dillon offers the better value. He’s a bigger back and forces his way into the endzone, ideal when in short-yardage situations and I fancy him to score again this weekend having scored three touchdowns in his past four games.

Juice on the loose

The Niners have a lot of great playmakers with Brandon Aiyuk, Deebo Samuel, and George Kittle all being great fun to watch. Despite their heroics this season, there still isn’t anyone as enjoyable to watch as Kyle Juszczyk, the best fullback in the NFL and a man used intelligently by Kyle Shanahan.

Look, I’m not going to tell you that Juice is going to go wild on Saturday, he likely won’t, but he has a great shot to cover his reception line which currently sits on 1.5. He’s had two or more receptions in four of his past six games and with the playbook likely to get truly explored in this game I think there’s a chance we see more. It’s also worth noting that he’s only had less than two targets on three occasions and given the short depth of his routes he has an above-average chance of hauling in any passes coming his way.

Same-Game parlay for 49ers vs Packers

Let's take a look at trends to help build the perfect same-game parlay for 49ers vs. Packers. Firstly, we’ll take a look at the 49ers wideouts, with game script more than likely (at least according to the bookies' odds) meaning they’ll need to pass the ball to get back into the game.

Jauan Jennings has grown into being a Niner and although he only had 24 receptions on the season he’s become an important, even if minor, part of the offense, scoring five touchdowns. In his past five games, he’s had 16 receptions off 25 targets and looks value to have Over 2.5 receptions again.

For the Packers, we’ll be again looking at Allen Lazard, who as mentioned above has become an important contributor down the stretch. He’s scored five touchdowns in his past five games and we’ll be looking to ride that hot streak again this weekend.

To complete the same-game parlay we’ll lean on another Packer, Aaron Jones hitting the Over on receptions, his line currently set at 3.5. AJ Dillon is perhaps now the best back between the tackles and Jones the best in the receiving game. Jones has had five receptions on six targets in each of his last two games and that trend should continue on Saturday night. 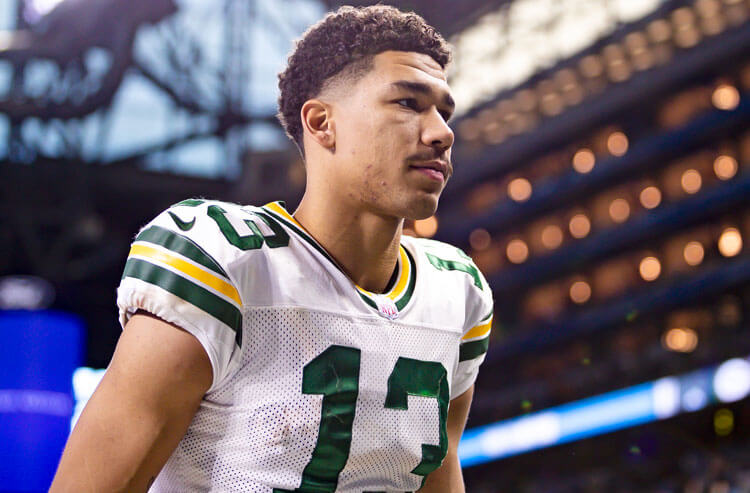