Purdue vs Minnesota picks and predictions for November 20

We've got Big 10 action on Friday night as the Purdue Boilermakers travel to Minneapolis to face the Minnesota Golden Gophers.

College football betting odds have Minnesota as 3-point home underdogs after an underwhelming 1-3 start to their season, while Purdue will try to bounce back from their first loss of the year after falling 27-20 against Northwestern last week.

We break down the NCAA football odds with our best picks and predictions for Purdue vs. Minnesota on Friday, November 2, with kickoff at 7:30 p.m. ET.

It will be a cool but clear evening at TCF Bank Stadium in Minneapolis, Minnesota with temperatures ranging from 30 to 46 degrees and a mild breeze of 4 miles per hour. Be sure to monitor the gametime conditions with our NCAA football weather info.

The Golden Gophers are 1-4 ATS in their last five conference games. Find more NCAA betting trends for Purdue vs. Minnesota.

Both of these programs will try to bounce back from losses on Friday, but while Purdue was competitive against a ranked Northwestern team last week the Golden Gophers are fresh off a 35-7 dusting by Iowa.

The Golden Gophers couldn't do anything right on either side of the ball last week, with quarterback Tanner Morgan passing for just 167 yards and two interceptions and their defense surrendering 35 points.

Minnesota entered this season with high expectations after 11 wins in 2019, but have struggled thanks in large part to a defense that is giving up 35.8 points per game and a whopping 7.6 yards per play, the worst number in the country.

That bodes well for the Boilermakers, who were held in check by a stout Northwestern defense last week but have one of the top passing attacks in the country led by quarterback Aidan O'Connell (916 passing yards through three games). Back Purdue to win and cover.

While the Golden Gophers defense last week was as bad as we've come to expect, the inefficiency of their passing game was a bit surprising. Preseason All-American wide receiver Rashod Bateman was the lone bright spot in the aerial attack but the rest of Minnesota's offense combined for eight catches and a paltry 56 yards.

Don't expect to see that sort of inefficiency from Morgan again. The Gophers junior quarterback is usually much more accurate and will be facing off against a Purdue secondary that allows 257.3 passing yards per game. He should also get plenty of help from running back Mohamed Ibrahim, who leads the Big 10 in rushing with 715 yards.

Expect to see Minnesota put up points in this contest. However, considering that the only team that Minnesota has been able to hold in check this season has been Illinois, Purdue will get their fair share of points as well.

The Over/Under of 62.5 is certainly high but with the Over 7-1 in the last eight meetings between these Big 10 foes, we're backing it again.

Minnesota's stop unit has taken several steps back this season and their red-zone defense has been particularly awful. In 20 trips inside the red zone for their opponents, the Golden Gophers have given up 15 touchdowns.

Minnesota has also surrendered 12.2 first-quarter points per game, more than any other Power Five conference school. Look for Purdue to score early in this one, and given the Gophers' problems in the red zone, a touchdown seems likely. 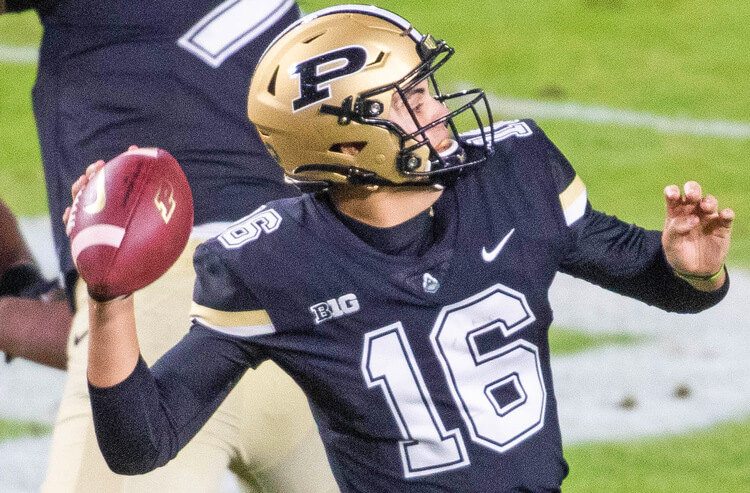 Purdue vs Minnesota picks and predictions for November 20
Provided by