One of the most impressive things about this college football betting picks column is that we are perfect, in terms of not selecting a game that has been canceled by COVID, that is. But hey, when it comes to the actual picks, things have turned around as well.

We’re sticking to our strategy that has worked the past couple of weeks, which is betting on good teams, particularly good teams that run the football well, to do good things, starting with the Oregon Ducks.

The Triple Option returns with my best college football picks and predictions for Week 12.

The Pac-12 was late to the college football party this season, but the Oregon Ducks are trying to make up for lost time, by kicking lots of butt with hopes of returning to the College Football Playoff. That would likely require a dominant run through the shortened Pac-12 season and a conference title (with probably a little help along the way).

Oregon may have lost star QB Justin Herbert to the NFL, but are still the most talented team in the Pac-12. Head coach Mario Cristobal is just attacking opponents in a new way this season. With the run game.

The Ducks have rumbled for 269 rushing yards in each of their first two games, thanks to running backs C.J. Verdell and Travis Dye, as well as dual-threat QB Tyler Shough. Colorado scored at will against UCLA and are nowhere near the offense Oregon has.

Additionally, while the numbers don’t show it through two games, the Ducks have an excellent defense, particularly, the defensive front seven. The big guys up front will be more than capable of slowing down the UCLA run game and force QB Dorian Thompson-Robinson to beat them with his arm.

UCLA comes in off a nice win over Cal, but the Golden Bears have a dark void where their offense should be, and the Bruins lost their previous game to a rebuilding Colorado team. The Ducks should win this one by close to three touchdowns, so it’s nice that we get to take them by less than two.

Wisconsin sure has had an interesting 2020. Fueled by an impressive performance from QB Graham Mertz in his first career start, the Badgers opened the year with a resounding 45-7 victory over Illinois, easily covering as 20.5-point favorites. But then, Mertz (and what sounds like half the program) got COVID-19 and the Badgers didn’t play again for three weeks. So, it wasn’t crazy to expect the Badgers to have to shake off a little rust when they faced Michigan. But the Badgers didn’t skip a beat, trouncing the Wolverines 49-11 as 11-point chalk.

What was most impressive about the Badgers’ wins was that they put up 40 points in two very different ways. Against Illinois the rode Mertz’s arm, as he threw for 248 yards and five touchdowns with no interceptions, but against Michigan they got back to classic Wisconsin ball, rushing 51 times for 341 yards. In fact, the Badgers have averaged over 42 minutes of ball possession over their first two games. That’s nuts.

Oh, and that defense that Wisconsin is known for is still there, allowing just 218.5 total yards per game and giving up just 9.0 points per contest—both the best in the nation.

On the other side, Northwestern is a solid, well-coached squad that prides itself on defense and controlling the game with the rushing attack, and have already matched their win total from last season. The only problem is Wisconsin is essentially a better version of Northwestern. And now, they’ve added a passing game.

The Wildcats will play this one tough for a while, but as the game wears on it will become clear that they can’t match the Badgers’ talent on offense and Wisconsin will pull away late.

Cincinnati is currently the clubhouse leader when it comes to the Group of Five teams looking for that New Year’s Six bowl bid. But the Bearcats have their sights set a little higher. Like, the College Football Playoff kind of higher.

But if Cincinnati wants to become the first Group of Five team to ever be selected by the CFP committee, they will need a convincing win over former “national champion” UCF. Yes, the Knights have been in this position before, but now it’s Cincy’s turn.

Cincinnati is usually known first as a defensive team, and the Bearcats are a very good defense once again (they rank in the Top 10 in total defense and are allowing just 12.4 points per game), but now they’ve added an offense to the mix. Led by dual-threat QB Desmond Ridder, and a running game that averages nearly 6.5 yards per carry, the Bearcats have an offense that puts up 41.6 points per game.

For UCF, Dillion Gabriel has been incredible, as the Knights own the country’s best passing attack, throwing it for nearly 400 yards per game. But unlike UCF teams of the past, this one doesn’t have a great defense. The Knights rank 93rd in the country in yards allowed per game, which includes allowing opponents to rumble for almost 190 yards per game on the ground.

Gabriel will do his best to keep up with Cincinnati, but the Bearcats have already shut down good offenses this year (not as good as the Knights to be fair) and rank 19th in passing yards allowed, seventh in opponent completion percentage and fifth in interceptions.

At the end of the day, Cincinnati will be able to take advantage of the flawed UCF defense, while its own defense will make enough play for the Bearcats to secure the cover. 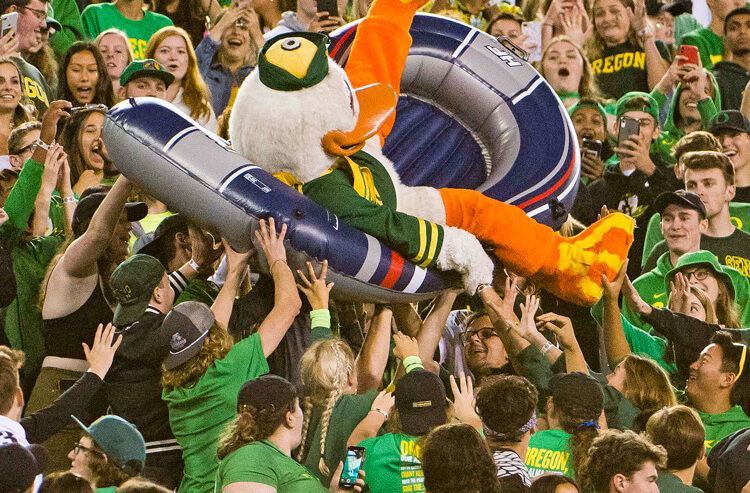