Air Force vs Utah State Picks and Predictions for December 3

In a very 2020 scenario, both Air Force and Utah State enter this week’s Mountain West matchup coming off a win over New Mexico. While both the Falcons and Aggies defeated the Lobos fairly handily, oddsmakers have been more impressed with Air Force at this point in the topsy-turvy college football season, setting the military academy as a 10.5-point betting favorite.

Let’s check out our best college football free picks and predictions for Air Force at Utah State, with kickoff set for Thursday, December 3 at 9:30 p.m. ET, in Logan, Utah.

It is going to be a crisp and cold night in Logan. It will be a balmy 20 degrees at kickoff with temperatures expected to drop throughout the game, clear skies, and minimal wind. Be sure to monitor the gametime conditions with our NCAA football weather info.

If you’re looking for a trend in this matchup, take a look at the total. The Under is 6-1 in Air Force’s last seven games following a SU win and is 9-1-1 in Utah State’s last 11 games in December. Find more NCAA betting trends for Air Force vs. Utah State.

Utah State is coming off the more recent of the two victories over New Mexico. It was also the Aggies' first win of the season and the first for interim coach Frank Maile after Gary Andersen was fired following the team’s 0-3 start.

The turnover at Utah State continued last week, as the Aggies dismissed starting QB Jason Shelley for violation of team rules.  But junior Andrew Peasley stepped up in a big way, going 14-21 for 239 yards with three touchdowns and no picks against the Lobos. He also added 118 yards and a score on the ground.

But things could a little tougher against Air Force. The Falcons rank 18th in total yards allowed and are giving up just 18.3 points per game at this point in the season.

On offense, Air Force of course employs the triple option, and it has been a resounding success this year. The Falcons are leading the country in rushing, rumbling 336.5 yards per contest over their first four games. Utah State allows 202.3 rushing yards per game and even gave up 196 yards on the ground in its win over New Mexico.

Peasley gave the Aggies a boost last week, but that defense ranking 122nd in the country is still a big problem. The Falcons should wear out the Aggies with their run game and pull away late.

The total for this Mountain West matchup has hit the board at 51.5 and while that may look a little low compared to other college football totals this season, it's still mighty high for this game.

Yes, Utah State is coming off a game in which it put up 41 points, but even with that outburst, the Aggies are still averaging just 17.2 points per game this season. The Air Force defense might not be as elite as a team like San Diego State, but it's not far off.

On the other side, the hallmark of the triple option is obviously running the football and as a result, the Falcons are one of the leaders in the country when it comes to time of possession. They love to shorten games by pounding the rock - this matchup should be no different - and average 26 points per game. Take the Under.

As mentioned, Utah State got a boost from making the switch at quarterback, but the bigger benefit may have been the fact the Aggies were playing New Mexico (one of the other worst teams in the country).

Prior to last week, the Aggies hadn’t topped more than 16 points in a game, so going against a solid team like Air Force means this team total is looking a little too high. 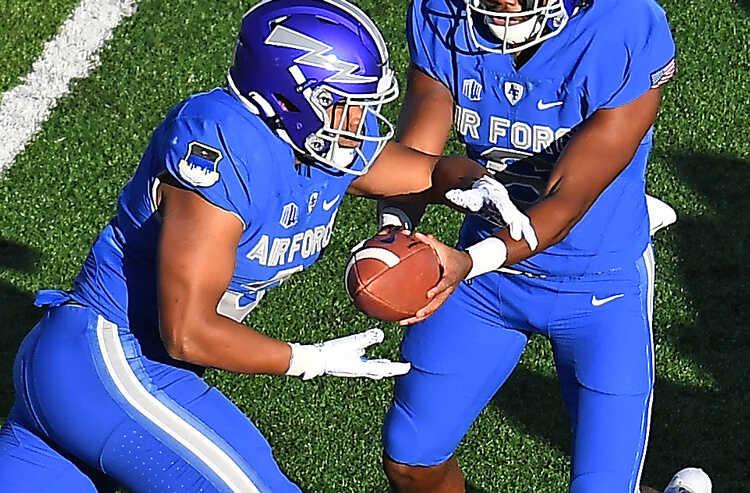