In the long-awaited showdown between Duke and UNC, we've got a number of options on the board for our player prop picks. Chief among them is Tar Heels sharpshooter Brady Manek, who should absolutely clear the Over on his made threes prop. 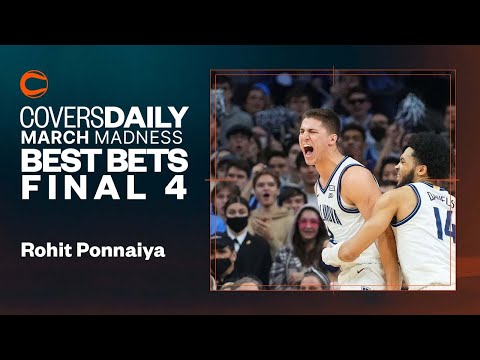 Mike Krzyzewski’s farewell tour takes on a fresh layer of intrigue as the Tar Heels and Blue Devils meet in the NCAA Tournament for the first time.

Duke came out of the West Region impressively and will face its bitter rival, North Carolina, who pulled off a few upsets en route to Saturday’s dramatic showdown. The books have this one listed at Duke -4.5 and the total is set at 151.5. Check out our full North Carolina’s vs Duke picks and predictions.

We’ve scanned the board and selected our three favorite player props for the Final Four meeting between North Carolina and Duke on Saturday, April 2.

Brady Manek’s transfer from Oklahoma to North Carolina has paid dividends. The fifth-year senior forward is averaging a career-high in points, assists, three-pointers, field goal percentage, and three-point percentage for the Tar Heels.

Manek has let loose from deep, attempting 6.2 triples per game while connecting at a 39.8% clip. He’s shot with volume and efficiency, as playing for this dangerous offense has opened up shots that he’s very capable of knocking down.

He’s taken his shooting to another level come March. Manek has canned at least three triples in every game of the tournament, shooting 16 of 34 from beyond the arc. The volume has increased mightily in that span, as he’s hoisting 8.5 attempts from deep per game. The recipe for success has been working on offense, resulting in a Final Four appearance. We expect Manek to continue to fire away in this one.

This game is expected to see plenty of points, with the total checking in at 151.5. Manek’s volume should be there and both teams are expected to light up the scoreboard, so we fancy his chances of cashing this Over. He’s a veteran player who's been relied on when it counts most, so we’re counting on a few big shots from Manek in a huge game against the Blue Devils.

Inflated prop of the day

North Carolina’s Armando Bacot is a monster. The 6-foot10 forward was one of the best players in college basketball all season, averaging 16.5 points and 12.8 rebounds. He’s taken his game to another level in the NCAA Tournament, securing a double-double in every game while grabbing15.8 rebounds per game.

That being said, we believe Bacot’s stellar play has led to the over-inflation of his betting props. All eyes have been on Bacot in the tournament and have witnessed his impressive performances, so now everyone wants to run to the book and bet his Overs. We can understand why but we have to side with where we believe the value lies — by betting Under 13.5 on his rebounds prop.

North Carolina played Duke twice this season. How many rebounds did Bacot grab? He nabbed five in the first game and seven in the second meeting — good for 12 total. In other words, he would’ve gone Under his rebound prop for this game even if we combined his output from the first two games.

Duke has the necessary athleticism and speed to attack the paint, and that could help get Bacot in foul trouble — a likely death blow to bettors on his Over prop. Even if he stays out of foul trouble, he averages 12.8 rebounds on the season, and yet his prop is set to 13.5 — creating value on the Under.

Roach on the rise

Duke guard Jeremy Roach has seen his minutes increase in the NCAA Tournament, and has responded with the requisite production his team has needed. After seeing minutes in the low 20s for much of February, Roach has been on the court for at least 35 minutes in each NCAA Tournament game.

How has he responded? The 6-foot-1 PG is averaging 12.8 points in the tournament, well above his season mark of 8.6. We believe this has created some value in the betting market, as books have not properly adjusted his props to reflect his new role with the team. He’s averaged 35.5 minutes per game over Duke’s last four, and we don’t see those minutes going anywhere. Coach K has relied on Roach when it matters most, and this momentous meeting with the Tar Heels is the biggest game yet.

This showdown has a healthy point total of 151.5, and Duke is the -4.5 favorite. There should be plenty of points available for the Blue Devils, and Roach will be on the court with the ball in his hands for a large portion of the game. This line is a few points short and we'll go back to the well one more time with a Roach Over.