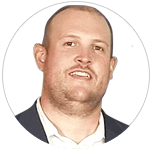 The No. 5 Colorado Buffaloes meet the No. 12 Georgetown Hoyas in the infamous 5-versus-12 spot in the Round of 64 of the NCAA Tournament Saturday.

The Hoyas enter the Big Dance full of steam after a stunning streak to the Big East Tournament title as a No. 8 seed, conjuring thoughts of UConn’s 2011 championship run. Colorado backs into the tournament after falling to Oregon State in the Pac-12 Tournament final, but March Madness odds have them as the favorite.

Check out our March Madness picks and predictions for Georgetown vs. Colorado in the opening round of the East Region on March 20.

Colorado went up as 5-point chalk Sunday at William Hill US, reached -5.5 midweek and jumped to -6.5 Thursday, then ticked back to -6 late Friday night. However, Georgetown is grabbing the bulk of point-spread action, at 79 percent of tickets and 77 percent of money. "Colorado-Georgetown will have a monster handle," WillHill director of trading Nick Bogdanovich said. "The line has gone up, but all the money is for Georgetown. So the sharps love Colorado. This game is going to be the biggest divide between the professionals and the masses, when push comes to shove."

The Under is 8-3 in Buffaloes’ last 11 games overall. Find more NCAA betting trends for Georgetown vs. Colorado.

Just how much is momentum worth in the NCAA Tournament?

According to bookmakers, not too much. The Hoyas are catching five points in this Round of 64 matchup after tearing through the conference tournament with four straight wins. Georgetown now runs the risk of a letdown spot against a very sound Colorado side. The Hoyas will also endure a week-long break in action, which could put their intensity on ice.

They were bananas on defense during the Big East postseason, limiting foes to 36.7 percent shooting while allowing scores of 48, 58, 71 and 49 points. On the year, for contrast’s sake, Georgetown allowed 73.4 points per game on 42 percent shooting against.

The Buffaloes didn’t play their best basketball in the Pac-12 postseason, narrowly escaping Cal in the opener then blowing a big lead in a close win over USC before getting outworked by Oregon State in the tournament final.

Overall, however, Colorado is one of the better two-way teams in college basketball, ranked Top-30 in both adjusted offensive (17th) and defensive (29th) efficiency at KenPom.com. So, if the shots aren’t dropping, the Buffaloes can still find ways to win games on the defensive end. Colorado also has a superstar in McKinley Wright IV who can take over games in the crunch.

You have to respect the history of the No. 12 over No. 5 upset, especially with the swagger Georgetown brings into the tournament, but we’re backing the Buffs to snuff out this Cinderella story before it starts. Note: Wait and see how low Colorado’s spread drops with the public drawn to the red-hot Hoyas.

The Hoyas have hung their hats on defense this postseason, so don’t expect anything different when Patrick Ewing brings his team to Indianapolis. Georgetown is a solid 83rd in defensive efficiency and puts plenty of size between opponents and the basket, sitting 26th in average size and boasting a +2.0 effective height metric (15th best in the nation).

Colorado scores nearly 10 points less per game away from Boulder and ran very hot-and-cold on offense during the Pac-12 Tournament. On defense, the Buffaloes are strong on the boards and make opponents work for their open looks, forcing foes to eat up an average of 18.6 seconds per offensive set – sixth-longest in the country.

While Colorado went Over in two of its three postseason games, it ended the Pac-12 season on a 1-6 Over/Under run. As for Georgetown, it stayed below the number in three of four Big East tourney games and is 2-6 O/U in its last eight games overall.

The Buffaloes were plagued by slow starts in the Pac-12 Tournament, with first-half scores of 24 points versus Cal and 28 points against Oregon State. As mentioned, Colorado sees a significant dip in production away from home on the season and managed an average of 34.2 points per first half in foreign venues compared to 39.1 first-half points at home.

Georgetown will try to bottle its defensive intensity from the Big East Tournament, most notably the championship game in which it allowed just 18 points to Creighton in the opening 20 minutes. The Hoyas will come out slapping the floor, and that will keep Colorado down for at least the first half.

Did you know that if you parlayed today’s March Madness Georgetown vs. Colorado picks, you could win $59.58 on a $10 bet? 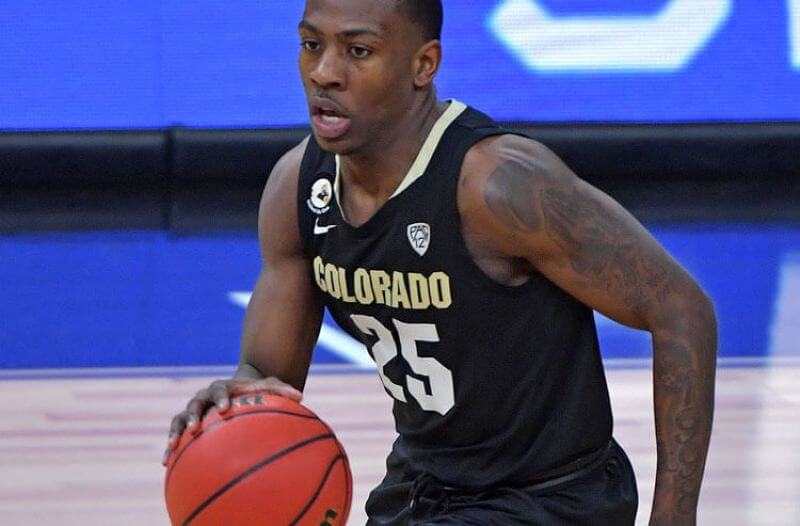