Yankees vs Blue Jays Picks and Predictions: Backing Bombers at Plus Money

New York and Toronto are locked into one of the most intense series of this MLB season. As the race for the AL wild card hits a fever pitch, we're breaking down our Yankees vs Blue Jays picks for this must-see rubber match.

The New York Yankees and Toronto Blue Jays battle it out for the series when the teams meet at the Rogers Centre in Toronto, Ontario at 7:07 p.m. ET on Thursday, September 30. The Yankees won the opener in this three-game set on Tuesday, but it was a Bo Bichette solo shot that helped even it up on Wednesday.

With these teams both fighting for a spot in the AL Wild Card Game, there will be a playoff-like intensity to this one. With that said, keep reading our Yankees vs. Blue Jays picks and predictions to find out what bets to make tonight.

Corey Kluber (5-3, 3.82 ERA): The Yankees have won in Kluber’s last three trips to the hill, with the veteran allowing seven earned runs in 14.1 innings of work across those games. The righty’s days as an ace are very far behind him, but he’s starting to put forth some productive performances. He also has shown that he is capable of dialing back the clock, as evidenced by his complete game shutout against the Texas Rangers on May 19.

Robbie Ray (13-6, 2.68 ERA): Ray is currently the favorite to win the AL Cy Young Award, and he can do himself a real favor in clinching that by coming out and shutting down the Yankees here. Ray pitched six innings of one-run ball in a 6-1 win over the Minnesota Twins in his last start. Doing something like that would go a long way in the minds of the voters — especially considering this is a game that means a lot to both teams.

Yankees: Clint Frazier OF (out), Zack Britton RP (out), Aaron Hicks OF (out), Miguel Andujar 3B (questionable)
Blue Jays: No injuries to report.
Find our latest MLB injury reports.

The Yankees are 6-0 in their last six road games against left-handed starters. Find more MLB betting trends for Yankees vs. Blue Jays.

Ray has been absolutely dominant all year for the Blue Jays, which is why he has a real opportunity to go out and snag the Cy Young Award with a great performance tonight. However, this isn’t exactly the perfect matchup for him to do that.

Aaron Judge is one of the players that took Ray yard in that game in May, and he happens to be swinging an extremely hot bat coming into this one. In general, Ray has a tougher time getting righties out, which is added trouble against this New York team. Only six teams have hit more home runs off of left-handed pitching than the Yankees this season, and New York is also fourth in the league in on-base percentage against southpaws.

As for Kluber, the righty has battled injuries all season but finally appears to be healthy. For the first time since May, the veteran is starting to work a bit deeper into games. He also hasn’t been giving up a whole lot of homers this season, which is a good sign against this explosive Blue Jays lineup. The righty doesn’t need to do anything special in this game. New York would be ecstatic if he turns in a quality start.

While Kluber isn’t what he once was, this is still a matchup between two good pitchers. Kluber has been good whenever he’s been able to stay healthy for New York this year, and he does appear to be In good shape coming into this one. Meanwhile, Ray might not dominate the Yankees like he does other opponents, but he’s still good for six or so innings and he likely won’t give up more than three runs —even if he struggles. 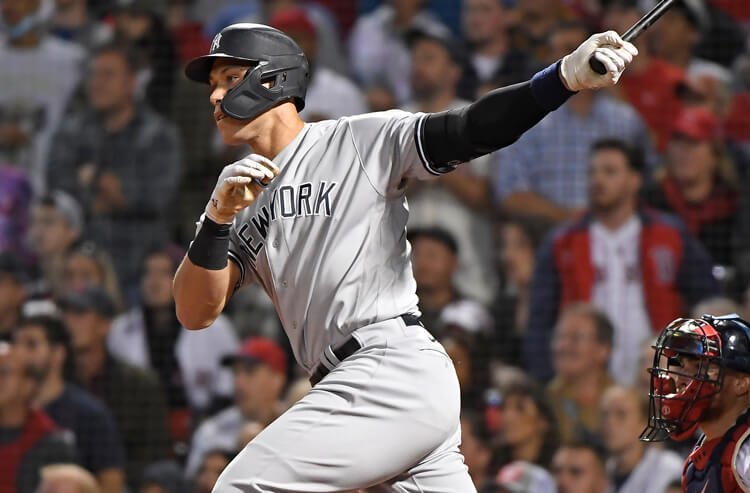 Yankees vs Blue Jays Picks and Predictions: Backing Bombers at Plus Money
Provided by