Phillies vs Braves Picks and Predictions: Wrapping Up the NL East Race

ATL can seal another NL East crown tonight and slam the door on Philly's playoff hopes. While they're likely to face some desperation from the road dogs, our Phillies vs Braves picks explain why we like the division champs to take care of business again.

The Atlanta Braves will try to wrap up another NL East title on Thursday night as they host the Philadelphia Phillies at Truist Park.

The Braves have taken the first two contests in this three-game set and oddsmakers expect them to come out on top again, with MLB betting lines opening with Atlanta as a -145 home favorite.

Here are our best free Phillies vs. Braves picks and predictions for Thursday, September 30, with the first pitch scheduled for 7:20 p.m. ET.

Kyle Gibson (4-5, 4.87 ERA): Gibson was looking like a Cy Young candidate earlier in the season when he was pitching for the Rangers, but since being acquired by the Phillies at the trade deadline he has struggled. The right-hander is coming off an outing against the Pirates where he surrendered four runs in six innings and has allowed a whopping 22 runs in 27 2-3 innings this month.

Ian Anderson (8-5, 3.60 ERA): The 23-year-old has been solid for Atlanta, pitching to a 1.24 WHIP with an opponent batting average of .225 in 23 starts this year. He's fresh off a strong performance against the Diamondbacks, holding them to just two hits and one run through seven innings. That said, the Braves have alternated wins and losses over his last six starts, and in each of those defeats, Anderson surrendered four earned runs.

Phillies: Rhys Hoskins 1B (Out), Archie Bradley RP (Out).
Blue Jays: Marcell Ozuna OF (Out), Ronald Acuna Jr. OF (Out).
Find our latest MLB injury reports.

The Phillies are 8-20 in the last 28 meetings in Atlanta. Find more MLB betting trends for Phillies vs. Blue Jays.

After losing the first two games in this series, the Phillies would need to run the table (and have the Braves lose four in a row) in order to make the playoffs. The Braves have battled through injuries to some of their best players but have won five straight and now look poised to win their division title for the fourth year in a row.

Atlanta will send young right-hander Ian Anderson to the mound. While he's had mixed results since returning from the IL in late August (3.76 ERA and 1.22 WHIP across five starts), he's still been far better lately than Kyle Gibson. The Phillies traded for Gibson at the deadline, but the veteran has shown major regression with his new team, pitching to a 5.54 ERA in his last nine starts with Philly, going 3-6 during that span.

With Atlanta going 35-16 in its last 51 games as a favorite and Philadelphia 0-5 in its previous five contests as an underdog, back the home side to win and clinch another trip to the postseason.

As good as Gibson seemed earlier in the season, it's worth mentioning that the vast majority of his success happened at his old home park in Arlington. At Globe Life Field, he pitched to a sizzling 1.77 ERA with a 0.98 WHIP across 56 innings. In his other 121 2-3 innings, he has a mediocre 4.44 ERA with a WHIP of 1.32.

The Braves have been productive at the plate lately, averaging 5.29 runs per game over their last 24 games. And while the Phillies haven't had quite as much success, they're still plating a respectable 4.74 runs/game over the previous 30 days.

With the Over going 5-0-2 in Anderson's last seven starts, and nine of the last 12 meetings between these foes in Atlanta going above the total, take the Over tonight. 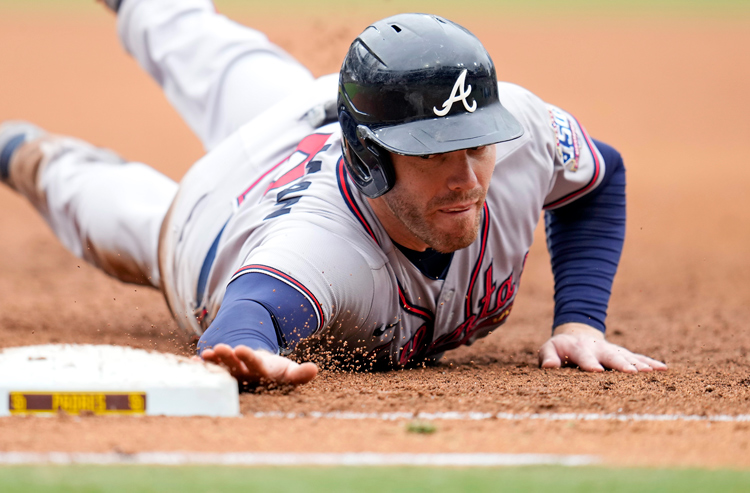 Phillies vs Braves Picks and Predictions: Wrapping Up the NL East Race
Provided by