The Giants and Dodgers are battling for the NL West title and we're backing them both to take advantage of their matchups tonight and get out to early leads. Read more on our best MLB prop bet picks and predictions for September 30.

We’re closing in on the end of the regular season. Usually by late September, most of the elite teams would be benching their starters waiting for the postseason. However, there’s a huge race going on in the NL West currently with the San Francisco Giants and Los Angeles Dodgers fighting for the divisional title with each team over 100 wins on the season.

Should you back both NL West teams tonight with the division on the line?

Find out with our free MLB prop bets and predictions for September 30.

MLB props and picks for September 30

The Pirates are throwing in the towel with under 60 wins on the season and will start Miguel Yajure for the third time this year. He takes a 4.85 ERA into the outing over 13 innings of work in which he has allowed 10 hits, including four home runs.

The right-hander has an xFIP of 6.02 while striking out fewer than 19 percent of the batters he has faced. He’s also walking 9.4 percent but has been lucky with his batting average on balls in play, which sits at .182. But lefties and righties have had success against Yajure this season with high wOBA and ISO numbers and we like the Cubs to get to him tonight.

In the last 30 days, the Cubs lineup has a wOBA of .365 and is hitting 24.4 percent line drives against righties. Patrick Wisdom is on the injured list but the Cubs have plenty of bats that will have success against Yajure.

The Giants have absolutely destroyed left-handed pitching in the last 30 days. Their projected lineup has a .326 ISO and a .444 wOBA, as it has been squaring up balls and hitting line drives at a 35.6-percent rate.

In the last two games of this series, San Francisco has struggled to get out to an early lead but that will change tonight against former Giant Madison Bumgarner.

The left-hander has been awful against righties, with a .349 wOBA and ISO of .270, and that's going to allow San Francisco do to damage. The Giants will send out a full lineup of righties that rarely strike out and have strong batted ball profiles, hitting more line drives than ground balls.

I’m not betting on the Dodgers and Giants because they need to win today. I’m betting off of their matchups and how I believe these lineups will exploit the weaknesses of the starters they are facing.

Vince Velasquez has a 5.44 xFIP in the last 30 days and will take the mound for the Padres. Both righties (.332 wOBA, .260 ISO) and lefties (.388 wOBA, .236 ISO) have gotten to him and he has given up a lot of hard contact over those 30 days, with a rate of 38.1 percent. When a pitcher struggles with power and they have to face the Dodgers, you have to take notice. And the Dodgers' lineup from top to bottom is filled with power.

Every single batter in the lineup for the Dodgers other than Justin Turner and Gavin Lux have elevated ISO numbers against righties in the last 30 days. That’s six batters with consistent success over the last month and we all know Turner is at least capable of smashing a mistake pitch from Velasquez.

So we're rolling with the Dodgers to get out to an early lead and score three or more runs in the first five innings. Los Angeles has been patient at the plate with high walks and low strikeouts, and any long ball hit could have a couple of guys on base before it’s launched. 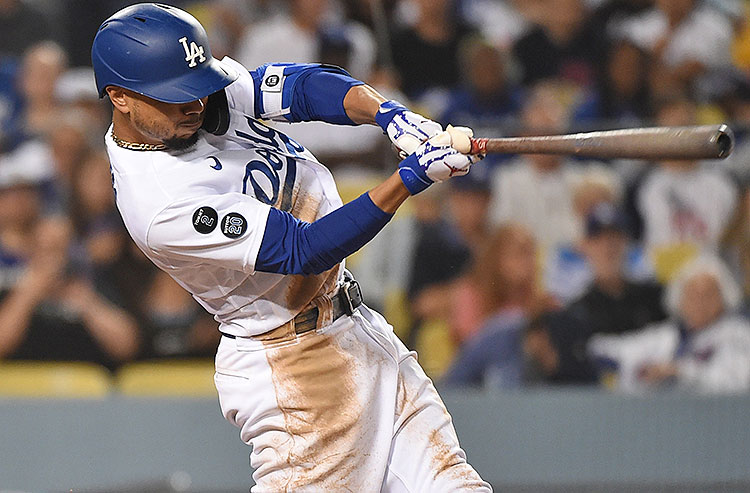