Red Sox vs Orioles Picks and Predictions: Beating Up Some Bad Birds

It's crunch time for the Red Sox, who are in the thick of the AL postseason race and can't afford another slip-up against the lowly Orioles. Boston is a massive MLB betting favorite, however, so we're opting to back the Sox on the run line tonight.

The Boston Red Sox look to inch one step closer to a postseason berth as they wrap up a three-game set against the Baltimore Orioles on Thursday. This is one of the most lopsided lines on the MLB betting board today with the Red Sox installed as massive -214 road favorites and the Over/Under at 10.

Here are our best free Red Sox vs. Orioles picks and predictions for Thursday, September 30, with the first pitch scheduled for 7:05 p.m. ET.

Nick Pivetta (9-7, 4.52 ERA): Pivetta has been up-and-down this season. He has a 1.31 WHIP with an opponent batting average of .236 in 26 starts this year but has pitched to an ERA of 4.92 since the All-Star break. The 28-year-old is coming off a strong outing against the Yankees, where he fanned seven batters and scattered three hits and one run across 5 1-3 innings.

Alexander Wells (1-3, 7.61 ERA): The Australian rookie is looking for his first career win as a starter (his only prior decision came in a relief appearance in June) after pitching to a 1.75 WHIP with an OBA of .218 through his first 36 2-3 innings pitched. Wells started against the Red Sox on September 19 and surrendered five runs in five innings.

Red Sox: Garrett Whitlock RP (Out), Josh Taylor RP (Out), Danny Santana OF (Out).
Orioles: Anthony Santander OF (Out), Ramon Urias SS (Out), Jorge Mateo SS (Out), D.J. Stewart OF (Out).

The Red Sox are 38-14 in their last 52 meetings in Baltimore. Find more MLB betting trends for Red Sox vs. Orioles.

The Red Sox snapped a four-game losing streak with a 6-0 victory over the Orioles last night but they can't afford to go on another skid with the Mariners and Blue Jays lurking just behind them in the Wild Card race.

Boston will send Nick Pivetta to the hill tonight and while he has struggled lately, he can expect plenty of run support from his teammates — the Red Sox have a loaded lineup that ranks third in the majors with a .778 OPS, with that number bumping up to .844 over the last 15 days.

The BoSox are just 2-7 in Pivetta's last nine starts but both of those victories just happened to come against the Orioles who, at 51-107, have the worst record in the American League.

Alexander Wells will toe the rubber for Baltimore and the rookie has been even worse than Pivetta, pitching to an 8.13 ERA with a 1.68 WHIP in seven starts (along with a 4.76 ERA and 2.12 WHIP in three appearances out of the bullpen). The orange birds have also been brutal at the plate, ranking 23rd in the majors with an OPS of .706 and 26th in scoring with 4.08 runs per game.

At this point in the year, the Orioles are just going through the motions while the Red Sox should be highly motivated to win their remaining games. In the last eight meetings between these AL East foes, Boston has won seven of those contests by multiple runs. With Baltimore just 13-40 in its last 53 games overall, back the BoSox on the run line.

We mentioned how bad Wells has been in his rookie campaign but it won't get any better for the Orioles after him: Baltimore has one of the worst bullpens in the majors, ranking dead-last with an ERA of 5.64 and ranking second-last in WHIP (1.46) and OBA (.259).

That's bad news against a Red Sox team that is plating 5.67 runs per game this month. That said, Pivetta hasn't looked sharp either, allowing four runs in six of his last 12 starts. He also has a mediocre 4.15 ERA with an OBA of .247 in four starts against the Orioles this season.

While the Orioles aren't the most impressive team at the plate, they do hit the ball better at home, where they have an OPS of .759 and average 4.45 runs per game. Take the Over. 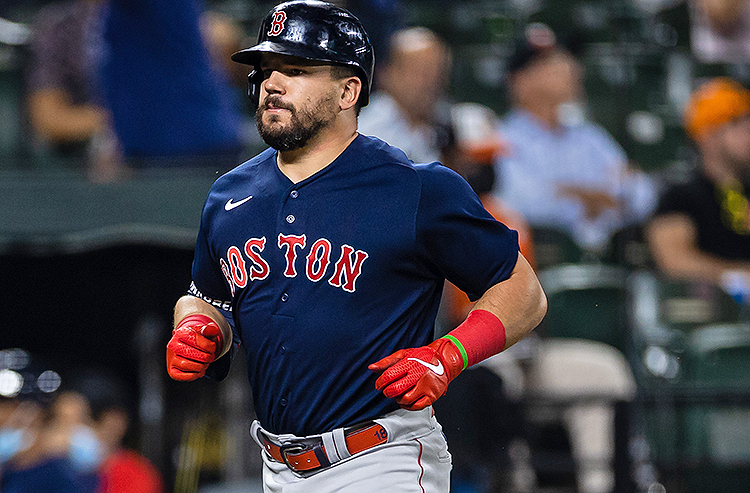 Red Sox vs Orioles Picks and Predictions: Beating Up Some Bad Birds
Provided by