The Brewers and Twins both send pitching to the mound that matches up favorably tonight. If Ethan Small can avoid being battered early (and we think he can) there's a good chance this game winds up short of a lofty total, as our MLB betting picks explain.

We have the first matchup of this two-game interleague series as the NL Central’s Milwaukee Brewers host the AL Central’s Minnesota Twins. This is the third meeting between these two teams this season, with the Under hitting in each of the first two matchups.

Will this series open with a high-scoring affair, or will we get a good pitching duel? Find out in our free MLB picks and predictions for Twins vs Brewers on Tuesday, July 26.

The Twins were unveiled as slim favorites of -115 on Tuesday morning and have since been bet down to -110. The consensus opening total was unveiled at 9.5.

Ethan Small (0-0, 6.75 ERA): Making his second career start due to some injuries in Milwaukee’s rotation, left-handed pitching prospect Ethan Small is projected to take the mound. In his first outing against the Chicago Cubs, Small allowed two earned runs on four hits through two and 2-3 innings pitched.

The Under is 5-1-1 (83%) over the last seven meetings between these two clubs. Find more MLB betting trends for Twins vs. Brewers

Twins vs Brewers picks and predictions

The Milwaukee Brewers enter this game after a successful home series against the Colorado Rockies as they won three of the four games. I expect this trend to continue with left-handed pitching prospect Ethan Small projected to take the mound.

While Small struggled in his MLB debut, we should see some positive regression in his second appearance. Not only is the first-time pressure off his shoulders, but his metrics also suggest better results are ahead.

Small only went two and 2-3 innings in his debut, and I wouldn’t be shocked if he’s on a short leash once again. This means that we could get an extended appearance from Milwaukee’s bullpen, which is one of the better staffs in the league.

Since June 1, Milwaukee’s relief pitching ranks ninth in the league in BA and WHIP.

Milwaukee’s pitching staff should be able to win this game for Milwaukee, especially if Small starts the game strong. And I think Small should have much more success in this game, as the Twins have struggled against left-handed pitchers recently.

When facing left-handers, Minnesota ranks just 21st in the league in BA, 20th in SLG, 21st in OPS, and 21st in wOBA since June 1. While I expect Milwaukee’s pitching staff to win this game for the Brewers, their hitting is a cause for concern as they are slated to go against right-hander Dylan Bundy.

Since June 1, the Brewers rank just 17th in the league in BA when facing right-handed pitchers. Through 39 career plate appearances against Bundy, this current Brewers roster possesses a mere .150 xBA, .247 xSLG, and .223 xwOBA.

Combine these metrics with Bundy’s recent form, Milwaukee may struggle to score in this contest. Following Bundy is a strong Minnesota bullpen that should also limit the scoring in this game.

Since the beginning of June, the Twins’ relief pitching ranks 10th in the league in BA, 12th in wOBA, 13th in WHIP, and eighth in hard-hit percentage. The Under has been a good bet when these two teams face off, which is a trend I expect to continue in this game.

I expect Small to have a better performance in this game, but even if he struggles once again, Milwaukee’s strong bullpen can still limit the damage. This is especially true as the Twins have struggled mightily against left-handed pitching.

Meanwhile, the Twins’ pitching staff should also have success. Bundy has been throwing the ball much better recently while they also boast a strong bullpen.

Add the fact that this Brewers lineup has struggled against Bundy in the past, and I don’t expect much scoring from Milwaukee’s side either. I believe the total at 9.5 is a vast over-adjustment due to some recent high-scoring games for each of these two clubs.

We should see some better pitching in this matchup, which will lead to a low-scoring affair. 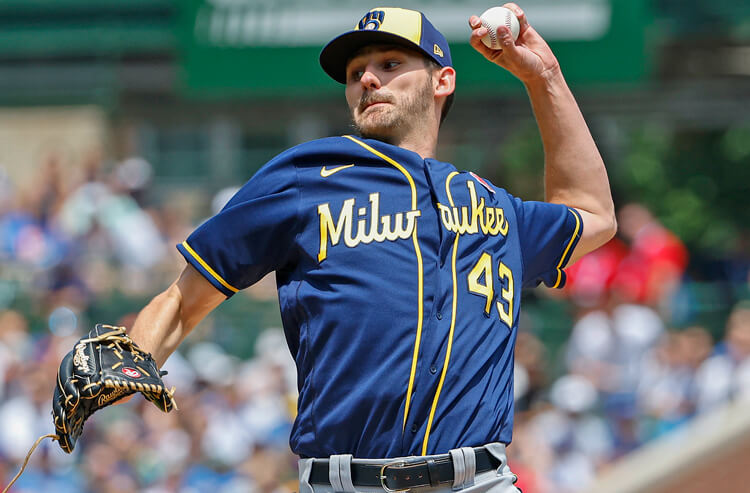