Nationals vs Dodgers Picks and Predictions: Juice Isn't Worth the Squeeze

After taking the first game in Los Angeles, the Washington Nationals look to upset the Dodgers once more tonight in Chavez Ravine. At +185, we're taking Washington to win the first five innings. Read more in our Nationals vs. Dodgers betting picks.

The Washington Nationals are firmly out of playoff contention and now may be firmly out when it comes to retaining Juan Soto at a cost they are comfortable with.

Soto showed off his prowess in the opening game of the three-game set, hitting a two-run triple in the fifth inning that put the Nats up 4-1. Can Soto drive in more runs and drive up his trade value even more astronomically high in the second game of the series, or will the Dodgers even things out?

Find out in our free MLB picks and predictions for Nationals vs Dodgers on Tuesday, July 26th.

A) Trea Turner, Josh Bell, and Freddie Freeman to each record a hit BOOSTED to +160 at Caesars! Claim Now

Josiah Gray (7-6, 4.40 ERA): Gray was once a very high-profile prospect in the Dodgers' farm system, ranking as their first overall prospect in 2020. He was traded to the Nationals last year as part of the deal that gave the Dodgers Max Scherzer for the back half of the season. He had a stellar June during which he allowed just three earned runs across four starts (1.13 ERA), but July has been the opposite, allowing 13 earned in three starts (7.02 ERA).

Mitch White (1-2, 3.78 ERA): In that same 2020 season, Josiah Gray topped the Dodgers' prospect rankings while White was a little further down as the ninth-rated youngster in the club's system. Since then, he has made 37 total major league appearances — 13 of which were starts. White hasn't been as effective as a starter (4.29 ERA, 1.27 WHIP) as he has been as a reliever (2.72 ERA, 1.07 WHIP), but that is typical for young developing hurlers. White had a five-inning shutout performance against the Giants last time out, allowing just one hit and two walks in the process.

The Nationals are 4-0 in Gray's last 4 road starts vs. a team with a winning record. Find more MLB betting trends for Nationals vs. Dodgers.

Nationals vs Dodgers picks and predictions

The baseball world continues to wait for new developments in the Juan Soto trade saga. That rings true for both Soto, his current club, and the team that is one of several potential suitors for Soto in the near future: the Los Angeles Dodgers.

In the opening game of the three-game set, the 23-year-old megastar provided a two-run triple in the top of the fifth that put the Nationals up 4-1, ultimately leading his team to victory. But given that the Nationals' 33-65 record puts them entirely out of the playoff conversation, Soto's best efforts feel entirely squandered.

With the outfielder turning down the Nationals' latest (and seemingly final) extension offer, both the club and Soto are in a holding pattern until a trade materializes. If that trade lands Soto in a Dodgers uniform, it goes without saying that the Dodgers would be head and shoulders above the field when it comes to World Series odds.

Down 0-1 in the series, the Dodgers will send Mitch White to the mound in hopes of evening out the series prior to Wednesday's finale. White has been decent in his major league stints, pitching to a cumulative 3.61 ERA and 1.18 WHIP. However, his performances have been rather uneven, depending on the type of role he takes on.

To his credit, his splits as a starter used to look much worse, and he has improved those numbers this season. White has had just one start this season in which he has allowed more than three earned runs, and he has had five shutout appearances across his eight starts. That includes his latest start, in which he held the Giants to just one hit and two walks in five innings of work.

His biggest knock as of now is his inability to go deep into games, never once seeing the sixth inning. On Tuesday, he'll go against Josiah Gray, the former top-ranked Dodger prospect.

After a rocky start to 2022 with a 5.08 ERA through May, Gray flashed some real potential with a lights-out June (three earned runs in four starts) — bringing his ERA down to 3.82. However, July has been unkind to the now 24-year-old, having surrendered 13 earned runs in three starts.

However, given the extremely long odds on the Nationals and the lack of meaningful separation between Mitch White and Josiah Gray in their at-large major league samples, the Nationals are by far the better value proposition for Tuesday's game.

The offensive gap is massive, with the Dodgers' averaging a second-best 5.14 runs per game to the Nationals' fourth-worst 3.83, but not large enough to stomach laying juice at odds around -200.

It may be worth looking towards the Over, given each pitcher's inability to go long. As previously mentioned, White has yet to pitch past the fifth inning as a starter this year, and Gray has made it past the sixth just once.

Plus, the weather will be very hitter-friendly tonight, with the humidity projected to reach as high as 84% in the game's later stages. That's way far above the 50% humidity that balls are stored at now that every park uses a humidor in 2022. With a total of 8.5 still available at some books, it's certainly worth considering a play.

There's simply no way around it, the 2022 Nationals are outright awful. Even with a talent like Juan Soto and just three seasons removed from their World Series win, the outlook for the club is bleak both in the near-term and long-term as things currently stand.

And while Soto's days with the organization are likely numbered, he still is one of baseball's brightest and most productive stars — especially in the moments that matter most, much like his two-run triple last night. Given the lack of meaningful separation between the two starting pitchers taking the mound tonight, it's a bit rich for the Nationals to be particularly long underdogs — especially in the opening five innings.

The Dodgers have a much superior bullpen, and removing that element from the game still leaves the Nationals with odds as high as +185 on the first five innings moneyline. Given the betting number and the context of that portion of the game, the value is most certainly there. 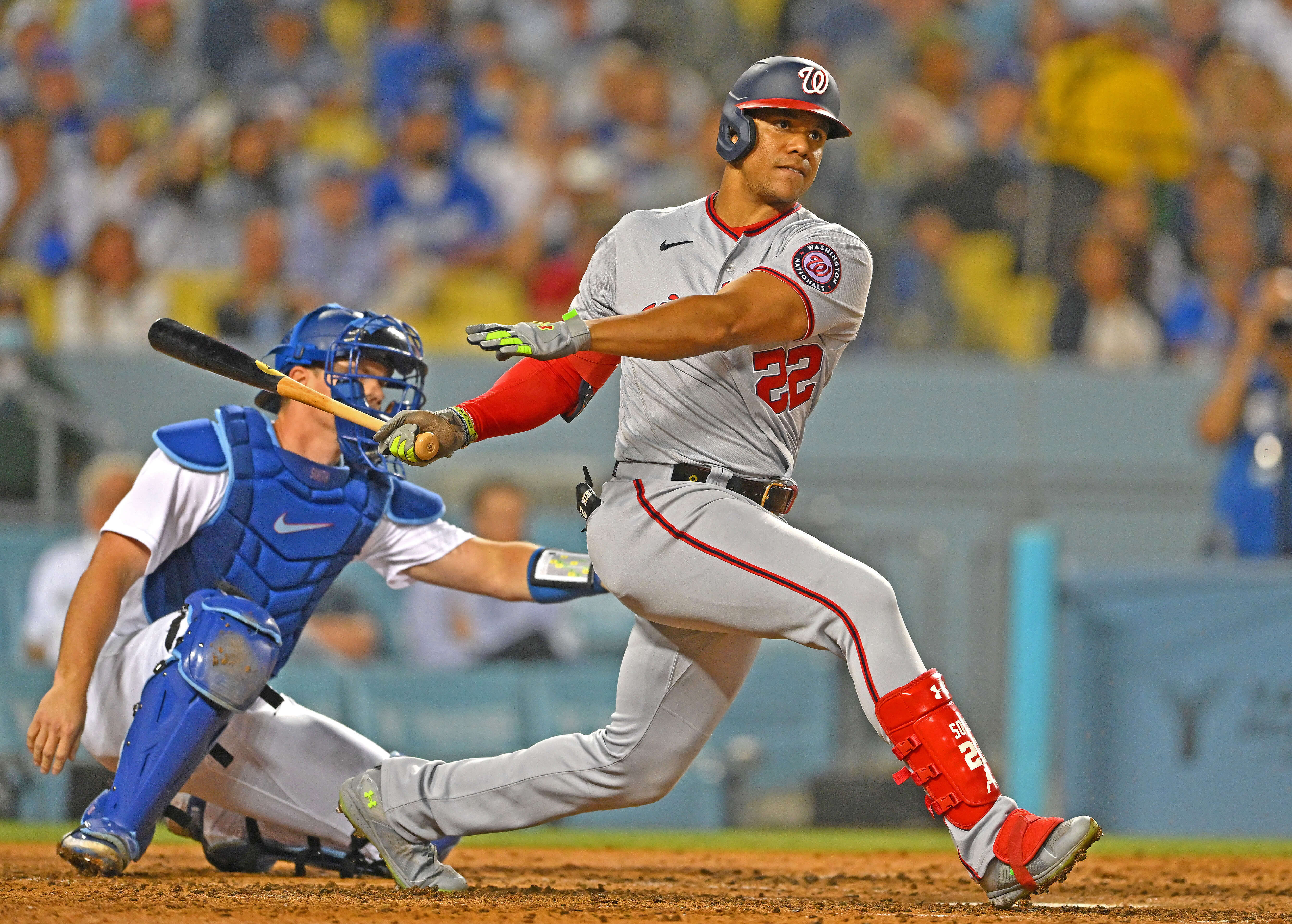 Nationals vs Dodgers Picks and Predictions: Juice Isn't Worth the Squeeze
Provided by