Cleveland has to turn to its bullpen for today's game at Fenway, but against a Boston team missing key pieces, there's still an opportunity. Our Guardians vs. Red Sox MLB betting picks highlight why Cleveland's 'pen can still help it to a W.

The Cleveland Guardians and the Boston Red Sox will continue their four-game series at Fenway Park on Tuesday night.

The Red Sox picked up their first win since the All-Star break with a 3-1 triumph in the series opener over the Guardians.

Boston is favored to make it two straight wins at home here, but is it the better bet? Find out in our free MLB picks and predictions for Guardians vs. Red Sox on Tuesday, July 26.

The Red Sox opened as consensus favorites of -144, and that line has hardly moved. The total was unveiled at 10.5, and while some sites have held firm to that number, others have dropped it to 10 with action coming in on the Under.

Bryan Shaw (4-2, 5.29 ERA): Shaw is opening this bullpen game for the Guardians. Shaw has never made a big league start and has worked more than one inning just three times this season, albeit all in July.

Josh Winckowski (3-4, 4.38 ERA): Winckowski has had a rough July so far, pitching to a 5.29 ERA through three starts before hitting the COVID IL. Now the Red Sox rookie faces the Guardians for the second time, after he held them to two runs over 5 1-3 innings on June 25.

The Red Sox are 3-7 in their last 10 home games against teams with winning records. Find more MLB betting trends for Guardians vs. Red Sox

At first glance, the Guardians look up against it at Fenway Park with no bona fide starter on the mound, but the Red Sox are not operating at full strength. There’s value to be had on the Cleveland moneyline.

Boston will be without both Rafael Devers (hamstring) and Trevor Story (hand) in this one, and J.D. Martinez could miss a fifth straight contest with back spasms. Devers’ injury is devastating for the Red Sox, as he was leading the team in both batting average (.328) and home runs (22).

The Guardians bullpen will do plenty of heavy lifting in this one, but fortunately for manager Terry Francona, this is a fairly reliable unit. Cleveland ranks 11th by relief ERA (3.66) this season, and ninth in strikeouts per nine innings (9.44).

The electrifying Emmanuel Clase (20 saves), who locked down the save in the All-Star Game, headlines the Guardians relief corps. Trevor Stephan (1.04 ERA in July) and Enyel De Los Santos (2.70 ERA in July), who are often called upon for more than three outs, figure to see action in this one, as does Nick Sandlin (2.84 ERA in July), who’s sat idle since Saturday.

Cleveland has averaged over six runs per game over its last seven contests, spelling trouble for Josh Winckowski is his second go-around with this lineup. The club will have a better eye for what the ball looks like coming out of his hand in this spot.

Considering Winckowski’s struggles to start July, it would be no shock if the Guardians built a decent early lead and never looked back.

Oddsmakers have set far too ambitious a total for this contest. The Under looks like the right side.

Boston has hit 24 dingers as a team in July, but that figure drops to 15 if you take away Devers, Story, and Martinez. This unit has struggled to score during its current 2-9 slide, plating only 2.75 runs per game.

Even if Cleveland continues its offensive explosion with another six-run output, this game is unlikely to see double-digit runs. Plus, this lineup was kept at bay by the Red Sox on Monday, scratching a mere one run across.

John Schreiber (15 holds) has been manager Alex Cora’s most reliable relief option this season, and he got four outs against the Guardians on Monday night. He could be called upon again in this spot. Tanner Houck (1.13 ERA in July) has been lights-out of late too and has been rested since Saturday.

The Guardians lineup is well-balanced, and it showed in their attack on Winckowski last month. By the time they all see him the second time through on Tuesday, Cleveland could be ahead by a healthy margin.

Six of nine players got exactly one hit against the Red Sox rookie in their prior meeting, and the two RBI were spread out among Amed Rosario and Jose Ramirez. The latter has driven in a team-high 16 runs this month, including one last night.

Batters are hitting .298 against Winckowski the second time around this year. Franmil Reyes (five homers in July, the team leader) and Josh Naylor (four homers in July) could be the ones dealing the most damage late in his outing.

The Guardians bullpen should keep a depleted Boston lineup on its heels, enabling Cleveland to win a lower-scoring game than some might anticipate. 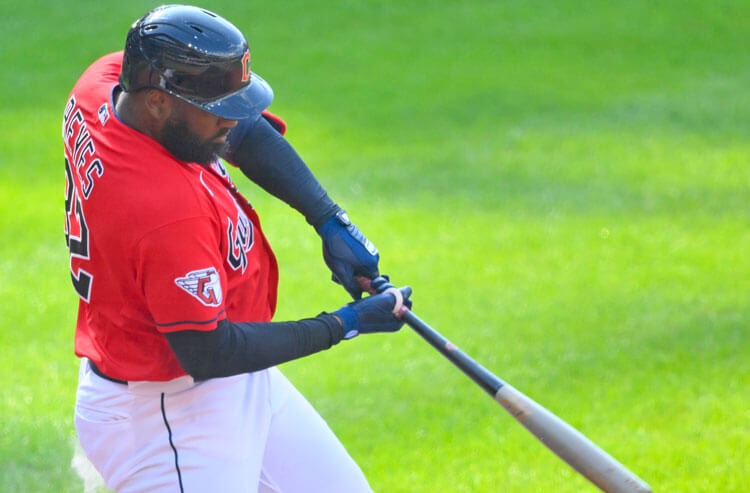