The Rays and White Sox have combined for a total of 10 runs through the first two contests in their three-game set, with the Under going 1-0-1. That makes the Under another good MLB prediction today with two quality arms on the mound.

The Tampa Bay Rays and Chicago White Sox close out their series of American League division leaders with a matinee matchup at Guaranteed Rate Field.

The first two games of this series have been tightly contested and the finale shouldn’t be much different as Ryan Yarbrough toes the rubber against Lucas Giolito. The White Sox will be favorites but is the value with the underdog Rays?

Check out our MLB free picks and predictions for Rays vs. White Sox on Wednesday, June 16, with first pitch scheduled for 2:10 p.m. ET.

Ryan Yarbrough (4-3, 3.63 ERA): Yarbrough could work behind an opener but he should be the bulk starter in this one. The lefty mostly uses a cutter and changeup to create a lot of soft contact. As a result, Yarbrough ranks in the 96th percentile in both average exit velocity and hard-hit percentage.

Lucas Giolito (5-5, 3.81 ERA): Giolito responded to a slow start in April with a very strong May, where he pitched to a 2.41 ERA and limited opponents to a .187 batting average. He is coming off a performance where he allowed two runs on five hits while striking out nine in seven innings against the Tigers and has better numbers at home this season.

The Under is 13-3-2 in White Sox's last 18 home games. (Ed note: Update this with Tuesday's result). Find more MLB betting trends for Rays vs. White Sox.

The Rays have been one of the best road teams in baseball this season at 24-11 and they’ve done it with solid pitching, great defense, and timely hitting. This has been the case in this series in Chicago as well and the finale should be no different.

Yarbrough is in a groove right now as the lefty has pitched to a 1.86 ERA and is limiting opponents to a .171 batting average over his last three starts, which includes a rare complete game against the Yankees back on June 3.

While the White Sox have strong numbers against lefties this season, Yarbrough is the kind of guy who is capable of taking the sting out of their bats. On top of that, the usually potent White Sox lineup has just five runs this series and ranks a mediocre 14th in batting average against lefties over the last 15 days.

On the other side is Giolito, who has been brilliant at times this season but he hasn’t put it all together. And the right-hander hasn’t exactly faced top competition this season as 10 of his 13 starts have come against the Tigers, Orioles, Twins, Royals, Mariners, and Cleveland.

The Rays may not hit for a great average and strike out a ton, but they rank eighth in scoring and are as scrappy as they come. This means we like their value as a dog in this one.

The total for this AL matchup hit the board at 8.0 and after the first two games of this series were low scoring, with the Under going 1-0-1, it’s not a stretch to think Game 3 could also be short on runs.

We already spoke about how Yarbrough will be capable of slowing down the White Sox offense but he also has the support of a bullpen that has yet to allow a run in this series. The Rays’ relievers rank third in the MLB in ERA and WHIP this season.

Meanwhile, Giolito has allowed three earned runs or fewer nine times in his 13 starts this season. The right-hander also usually goes deep into games, pitching into the sixth inning in all but two of his starts this season, and can then hand the ball the White Sox’s best relievers.

Bet this one to go Under as well. 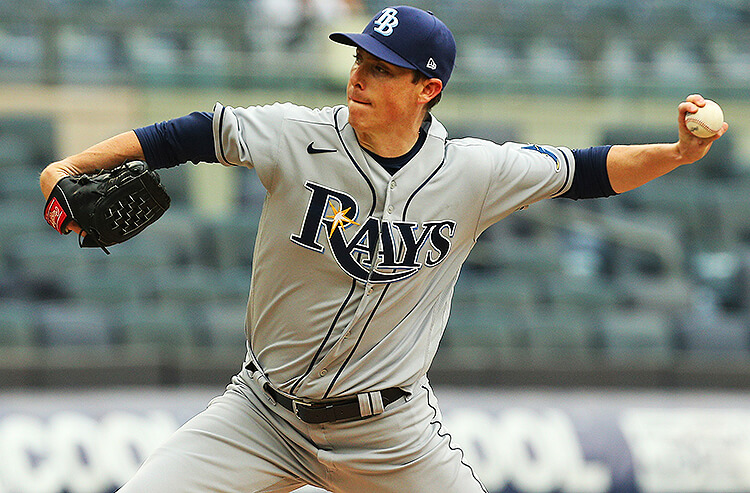 Rays vs White Sox Picks and Predictions: The Under A Strong Play Again in Series Finale
Provided by