Boston and Atlanta combined for 18 runs last night, and with the Red Sox having a number of lethal bats — and sitting as the underdog tonight — there's some great MLB betting value in the BoSox and the Over.

The Atlanta Braves dropped the first leg of a two-game miniseries against the Boston Red Sox at home last night, but they’ll have another crack at it when the two meet again tonight.

With a combined 18 runs scored in Tuesday's game, will Wednesday have the same amount of fireworks as Atlanta tries to earn a split of this two-game set?

Keep reading our Red Sox vs. Braves picks and predictions for Wednesday, June 16 to get an idea of who to back in this one.

Garrett Richards (4-4, 4.09 ERA): Richards has always been a guy with exciting stuff, but he has had a hard time staying healthy throughout his career. However, Richards did make 14 starts for the Padres in a shortened 2020 season, and he’s up to 13 starts with the Sox this year. The only problem for Boston is that the righty has given up seven earned runs in his last 10 1-3 innings of work. The Red Sox ended up winning both of those games but they’ll need him to be better against the Braves.

Ian Anderson (4-3, 3.26 ERA): Anderson is coming off a start in which he gave up no earned runs in seven full innings of work against the Philadelphia Phillies, but Atlanta ended up losing that game in extra innings. Anderson has turned in quality starts in four of his last six outings, and he has a 3.18 ERA in eight evening starts this year. He should be able to come out and do his job in this one, but he’ll need some run support — he didn’t have that against Philly.

The Red Sox are 8-1 in their last nine games against right-handed starters. Find more MLB betting trends for Red Sox vs. Braves.

Alex Verdugo’s three-run bomb was the reason the Red Sox were able to beat the Braves on Tuesday, and he should factor into the outcome of this one as well. Heading into tonight’s game, Verdugo is batting .331 with eight home runs against right-handed starters.

Richards should also be able to turn in a nice outing against this Braves lineup. The righty has cruised against most of these guys in his career, as Atlanta’s hitters are a combined 11 for 42 with no homers and only two RBIs against Richards.

And believe it or not, five of those hits came from Pablo Sandoval, who hasn’t been much of a factor for the Braves this year. Obviously, Atlanta has a ton of talent, and it would surprise no one if Ronald Acuna Jr. ended up crushing Richards here.

But the point is, this is a nice matchup for the Sox, who are a great value to win this one.

Both of these pitchers have been rock-solid this season, and they’re each capable of coming out here and shutting down the opposing lineup.

However, that isn’t the most likely outcome, and we’ve seen what the Red Sox can do against righties. If Boston can keep up that production against right-handed pitching, it’s hard to imagine this game going Under the total.

The Sox are capable of putting up five or six alone in this game, and it’s unlikely that Richards will throw a shutout in this one. That makes it more likely than not that the Over will hit, and we know that both offenses are feeling good after combining for 18 runs last night. 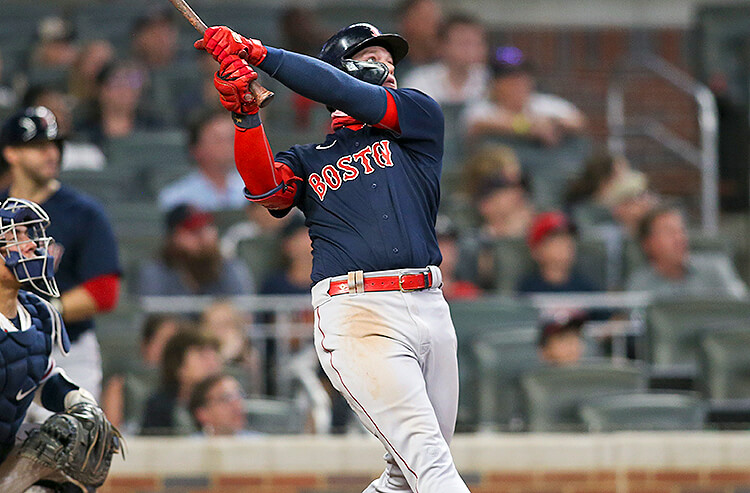 Red Sox vs Braves Picks and Predictions: Sox, Over Are Great Betting Values Tonight
Provided by

Dodgers vs Braves NLCS Game 1 Picks and Predictions: Do Dodgers Have Enough in the Tank?
Zachary Cohen | Jan 1, 0001