The Dodgers offense is back on track and they've won six of their last seven overall and 47 of their last 65 games at Chavez Ravine. They're facing a Phillies squad that is 22-45 in its last 67 road games, so the L.A. runline is a strong play today.

The Philadelphia Phillies and Los Angeles Dodgers face off in the second game of a three-game set in L.A. on Tuesday night.

The Dodgers took the first game in the series with a 3-1 win yesterday and MLB betting odds have them installed as -170 home favorites tonight.

Here are our best free Phillies vs. Dodgers picks and predictions for Tuesday, June 15, with the first pitch scheduled for 10:10 p.m. ET.

Los Angeles went up as a -175 favorite at TwinSpires Sportsbook and slid down to -159, where the moneyline rests at 7 p.m. ET. Ticket count is running just shy of 2/1 on the Dodgers, but money is heading toward the Phillies at a 2/1 clip. The total is steady at 8.5, with 55 percent of tickets/63 percent of cash on the Over.

Zach Eflin (2-5, 3.89 ERA): Eflin is having an up-and-down campaign with the Phillies, posting eight quality starts in 12 games but also allowing opponents to bat a whopping .277. In his last outing, the right-hander held the Braves to just one run, albeit on eight hits, across six innings.

Julio Urias (9-2, 3.56 ERA): The 24-year-old is really settling into his groove as a starter, pitching to a 0.97 WHIP and striking out 85 batters in 78 1-3 innings this season. He's fresh off a start against the Pirates where he allowed six hits and three runs in six innings of work.

The Phillies are 3-13 in the last 16 meetings in Los Angeles. Find more MLB betting trends for Phillies vs. Dodgers.

After a few hiccups (including a 4-14 stretch earlier this season), the defending World Series champions are back on track and have won six of their last seven games. The Dodgers are now 40-26 and sit just one behind the Giants for first place in the highly competitive NL West.

Despite the loss last night, the Phillies are 6-2 in their last eight games and have a 32-32 record, good for second-best in the NL East.

Los Angeles also has the advantage on the hill and has gone 10-3 when southpaw Julio Urias gets the start. The lefty has held opponents to a batting average of .225 this season while the Dodgers bullpen behind him ranks fifth in the majors with an OBA of .217.

The Phillies are 2-6 in Eflin's previous eight starts, with the veteran right-hander is allowing foes to bat .277 on the year. Philadelphia's relievers are also inconsistent, ranking 22nd in the majors with an OBA of .243.

The Phillies are playing well lately but they typically don't have much success on the road, going 22-45 in their last 67 away games. That's bad news against an L.A. team that is 47-18 in its last 65 games at home. Take the Dodgers on the runline.

A big reason for the Dodgers' turnaround has been their improved hitting with runners in scoring position. Despite ranking near the top of the majors in OPS they averaged just 4.82 runs per game over the first 33 games of the season, but have plated 5.7 runs per game over their last 33 contests.

Eflin has played well at times this season but he has struggled on the road, going 1-4 with a 5.75 ERA. That's been a common theme for Eflin throughout his career, with the right-hander not feeling the love away from Philadelphia.

The Dodgers have gone 25-9-2 O/U in their last 36 games against a right-handed starter and the Over has also gone 17-7-5 in the last 29 meetings between these teams. Take the Over again on Tuesday night. 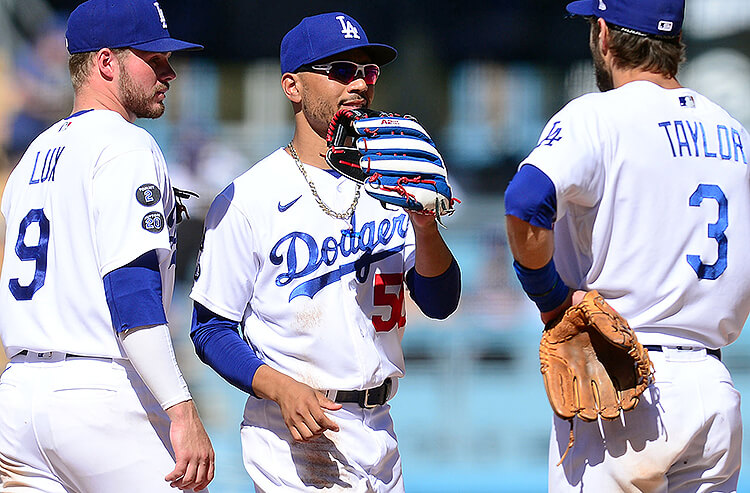