The Braves crush bombs and rake at home, making Tuesday's series opener against the Red Sox and struggling lefty Eduardo Rodriguez a juicy matchup. But Boston can hit, too, and has been much better than Atlanta. Find out who we like with our betting picks.

This matchup features one of the most surprising teams in baseball going up against one of the game's biggest disappointments.

The Boston Red Sox keep bouncing back strong after getting knocked down and are looking up to only the Tampa Bay Rays in the American League East. Then there's the Atlanta Braves, who keep slipping after any hot streak they've been able to put together and sit third in their division at three games under .500.

Find out who we like in Tuesday's series opener with our best free MLB betting picks and predictions for Red Sox vs. Braves at Truist Park on June 15.

Eduardo Rodriguez (5-4, 6.03 ERA): It's been a forgettable season for the Boston southpaw, who is on a horrifically bad stretch. Rodriguez has an 8.49 ERA over his last six outings, and he has allowed four-plus runs in six of his last eight starts. That includes his last outing against the Astros, who hit him around for six runs on six hits to drive his ERA up to 6.03. It was 3.82 just over a month ago going into his May 12th start.

Tucker Davidson (0-0, 1.53 ERA): Davidson is set to make his fourth start this season and comes into this contest having thrown 11 2-3 scoreless innings over his last two outings. The Top 10 Braves prospect made his MLB debut last year (appearing in one game) and was lights out at Triple-A Gwinnett over three starts in May. The lefty threw a career-high 90 pitches his last time out, inducing 10 groundball outs and punching out four over six innings against the Phillies.

The Over is 4-0 in Rodriguez's last four starts. Find more MLB betting trends for Red Sox vs. Braves.

Boston, which responded with a walk-off win Monday to split a four-game set with the Toronto Blue Jays after getting clobbered 18-4 the day before, was not expected to do this well, but it has hung around the top of the difficult AL East through two-plus months and has a legit lineup that can do damage.

Atlanta, meanwhile, appeared to be a powerhouse after taking the Dodgers to seven games in last year's NLCS but the club has been maddeningly inconsistent and enters the series opener having lost four of its last five. Pitching has setback the Braves but the team will turn to its hot rookie southpaw in search of a W against Rodriguez, who has been repeatedly pounded since April.

Rodriguez has had some difficult assignments, with three of his last five starts coming against the Blue Jays and Astros (twice), but the results are the results. He was obliterated in all three of those outings. But he's too talented to not turn things around eventually.

The left-hander was 3.7 WAR in his last full season, was a solid league-average arm prior to that, and thanks to good strikeout and walk ratios, coupled with a bloated home run rate that's likely to even out, he has a much more respectable 3.86 FIP and 3.49 xFIP. Banking on him to turn a corner on the road against a power-hitting Braves team that mashes in its home park is too risky a bet, though.

Being able to get the Braves as a home 'dog is just icing on the cake.

Rodriguez has served up a homer in four consecutive outings and runs into an Atlanta club that leads the NL in long balls. And no team in baseball hits lefties for more power than the Braves, who rank first with a .200 ISO (which measures extra-base hit frequency).

Boston has struggled against left-handed pitching — ranking as the 21st-best offense in FanGraphs' weighted runs created plus — but it will be the most difficult lineup Davidson has faced this season. The Red Sox are a Top-5 team in both slugging and batting average, fuelled by middle-of-the-order righty bats Xander Bogaerts (.932 OPS) and J.D. Martinez (.915).

Even if Davidson can navigate this lineup, Atlanta's bullpen has been a major weakness, sporting a 4.77 ERA that ranks 26th in baseball. Boston's 'pen has been roughed up, too, as the group has a 4.92 ERA (24th in MLB) over the last 30 days. With the way Rodriguez has been throwing, Red Sox relievers are likely to be busy Tuesday.

Both teams pack power and this total actually feels a little light considering Rodriguez's struggles in addition to the shaky bullpens. We'll happily jump on the Over. 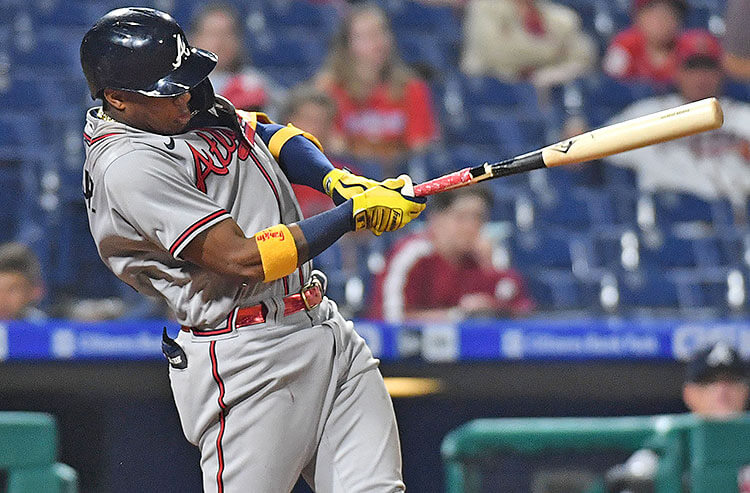 Red Sox vs Braves Picks and Predictions: Plus Matchup for Home 'Dogs
Provided by