Southpaw Dallas Keuchel is coming off back-to-back quality starts and gets a Rays that team struggles against left-handers. He'll be opposed by fellow lefty Shane McClanahan, Tampa's fireballer rookie. Find out who we like with our picks and predictions.

The American League's two best teams are back at it Tuesday night, as the Chicago White Sox host the Tampa Bay Rays a night after losing to the AL East leaders 5-2.

The series opener saw aces Tyler Glasnow and Lance Lynn toeing the rubber and the encore will feature a pair of lefties in fireballer Shane McClanahan and crafty veteran Dallas Keuchel.

Find out who we like with our best free MLB betting picks and predictions for Rays vs. White Sox on June 15.

Shane McClanahan (2-1, 4.54 ERA): Tampa's hard-throwing rookie came out of the gates flying, hitting 100 mph in his first start while looking lethal from the left side. That heater and a hard slider have allowed him to rack up strikeouts, as he's punching out 11.2 batters per nine innings, but the 24-year-old has stumbled recently. McClanahan has allowed seven runs on 10 hits over his last two outings, going no more than 3 1-3 innings in either of them.

Dallas Keuchel (5-1, 4.14 ERA): Keuchel has thrown back-to-back quality starts, limiting the Blue Jays to two runs over six innings with a season-high eight strikeouts a start after he held Detroit to one earned run in six frames. The lefty, who has the highest groundball rate in baseball, has brought his ERA down to the lowest it has been since the start of May.

Rays: Nick Anderson RP (Out).
White Sox: Yoan Moncada 3B (Questionable), Jace Fry RP (Out), Nick Madrigal 2B (Out), Michael Kopech RP (Out), Billy Hamilton OF (Out), Luis Robert OF (Out), Eloy Jimenez OF (Out).
Find our latest MLB injury reports.

The White Sox are 7-0 in Keuchel's last seven starts as a home favorite. Find more MLB betting trends for Rays vs. White Sox.

Nearly any pitcher would be a welcoming sight after facing Glasnow, Tampa's hard-throwing ace who's an AL Cy Young contender. While McClanahan brings the flames, too, he's a lefty and no team hits them better than the ChiSox.

The White Sox have demolished southpaws this season, ranking as the best offense in the majors, per FanGraphs' weighted runs created plus. They are also first in slugging and on-base percentage, and sport a Top 10 walk rate.

McClanahan, whose fastball velocity is nearly unmatched among starters, has had a rough go in his last couple of starts as well, failing to make it through four innings in back-to-back outings. Tonight's test won't be any easier and it's likely to put a lot of pressure on the Rays' bullpen — which was forced to throw five innings Monday after Glasnow exited with elbow tightness — as McClanahan hasn't thrown six innings once in eight starts.

And no team in baseball is better at home than the White Sox, who take a 25-12 record at Guaranteed Rate Field into tonight's contest. Take Chicago as slim favorites behind Keuchel, who will pitch well enough to help the White Sox earn the win against a Rays team that struggles versus left-handers.

Keuchel doesn't instill a lot of confidence most nights, based particularly on his inability to miss bats. He's striking out the fewest percentage of batters among qualified starters but he'll get a Rays team that gets punched out at the second-highest clip in baseball.

Tampa Bay also struggles mightily against southpaws (24th in OPS at .673), making this a good matchup for the lefty, who is elite at getting hitters to pound the ball into the ground with his sinker/changeup mix.

Keuchel has gone six innings in back-to-back starts and has reached the seven-inning mark twice. Giving the White Sox that length would make things especially difficult for the Rays as Chicago has a strong bullpen and narrowing the bridge to closer Liam Hendriks is a recipe for success.

Tampa has performed much better offensively outside of the pitcher-friendly Trop but the free swingers will struggle to score against a pitcher who does a good job at coaxing hitters into chasing his soft-serving stuff.

The series opener was a push, but we like tonight's matchup to come Under the total. 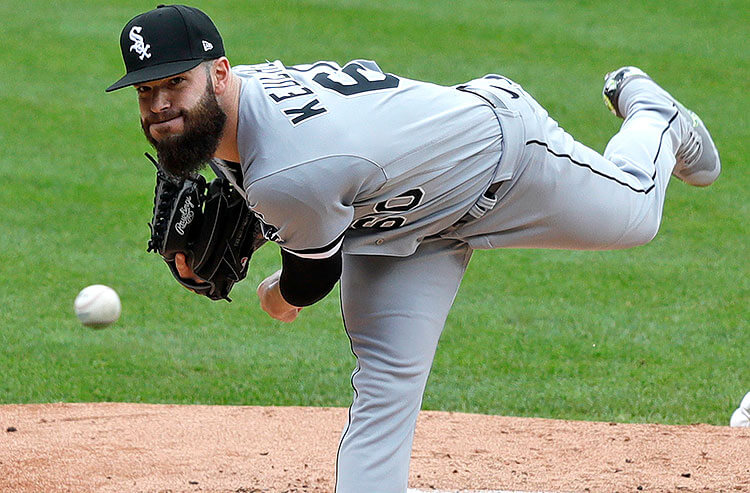