Mariners vs Astros Picks and Predictions: Houston Has Ray's Number

Houston got the best of Seattle last night at Minute Maid Park. With Justin Verlander facing Robbie Ray tonight, we're taking the home team to prevail again in this AL West clash. Read why in our Mariners vs. Astros picks.

AL West rivals collide at Minute Maid Park on Friday night as the Seattle Mariners visit the Houston Astros. The four-game set began on Thursday, with the Astros delivering the first blow in a 4-2 triumph. Can the Mariners respond in this spot?

Find out in our free MLB picks and predictions for Mariners vs Astros on Friday, July 29.

The Astros opened as consensus favorites of -169 but have risen to as high as -185 as of Friday morning. The total was unveiled at 7.0 and some books have since raised it to 7.5. Markets that are still offering 7.0 carry significant juice on the Over.

A) Julio Rodriguez & Alex Bregman each Over 1.5 total bases BOOSTED TO +490 at Caesars! Claim Now

Robbie Ray (8-7, 3.90 ERA): Seattle had won six in a row behind reigning AL Cy Young winner Robbie Ray before he was roughed up by the Astros last Sunday. Ray was tagged for six runs on 10 hits over just three innings of work that day. Houston is batting .462 off Ray over eight innings this season.

Justin Verlander (13-3, 1.86 ERA): Justin Verlander continues to defy father time on the mound this season. The 39-year-old hurler has won five straight starts, pitching to a 0.79 ERA in that span. Verlander is 4-1 with a 2.60 ERA in five outings against the Mariners this year.

Mariners vs Astros picks and predictions

The Astros’ offense should feast on Robbie Ray once more and continue their recent run of dominance against the Mariners. Ray was knocked around for six runs over just three innings of work against Houston last Sunday — his first loss in a nine-start stretch.

That outing couldn’t have begun much worse for the reigning AL Cy Young winner, as Jose Altuve and Jeremy Pena hit back-to-back bombs off him before he even recorded an out. Ray has had two subpar outings against the ‘Stros this season, the other coming back in June when he allowed three runs over five frames. The left-hander has struck out only four Houston batters while walking three over eight combined innings, suggesting that he’s not fooling this lineup at all.

In addition to Altuve and Pena, Ray will also have to be wary of Chas McCormick, who owns a 1.003 OPS against lefties this year. Yordan Alvarez (1.088 OPS) is also a terror in the middle of the Astros’ order no matter who’s on the hill.

However, Justin Verlander may be the one who steals the show for Houston. He’s been incredibly stingy on the mound during his five-start win streak, authoring a 0.79 ERA and 0.85 WHIP. Verlander has taken on Seattle five times in 2022, going 4-1 with a 2.60 ERA and a 0.95 WHIP. That includes his seven innings of one-run ball with nine strikeouts at T-Mobile Park last Saturday.

Once the right-handed veteran departs, the Astros’ MLB-best bullpen by ERA should shut the door behind him. Closer Ryan Pressly has been spotless in July over eight innings, gathering four saves in the process. He’s allowed only one hit while walking none and striking out 14.

We’re not expecting a slugfest to break out at Minute Maid Park on Friday night, but the listed total of 7.0 seems much too low to make a bet on the Under. The Astros were able to open the floodgates against Ray in Seattle, so they can certainly do so again in Houston.

Ray owns a 5.09 ERA on the road this season, and the loss of Diego Castillo and Ken Giles to Seattle's bullpen will eventually catch up with this unit. Set-up man Andres Munoz has been used each of the last two nights, so he could be off-limits to manager Scott Servais.

Verlander may put up his fair share of zeroes, but Seattle’s bats likely won’t go quietly. This unit was able to get to him once this year, blitzing him for six runs over six innings on May 27.

J.P. Crawford and Ty France are the two most likely candidates to do some damage off Verlander, as the pair is a combined 13-for-35 (.371) lifetime against him. Trend bettors should note that the Over is 9-4 in the last 13 meetings in Houston between these two division rivals.

This AL West rivalry has been very one-sided over the last few seasons, as the Astros are 46-18 in their last 64 meetings with the Mariners. Bettors should expect more of the same in this spot.

Houston is won four in a row over Seattle in the second half of the season and was the team that also halted the M’s latest 14-game winning streak. Verlander and the ‘Stros relievers should stymie the Mariners’ 23rd-ranked offense while Houston’s order goes to town on Ray and company. 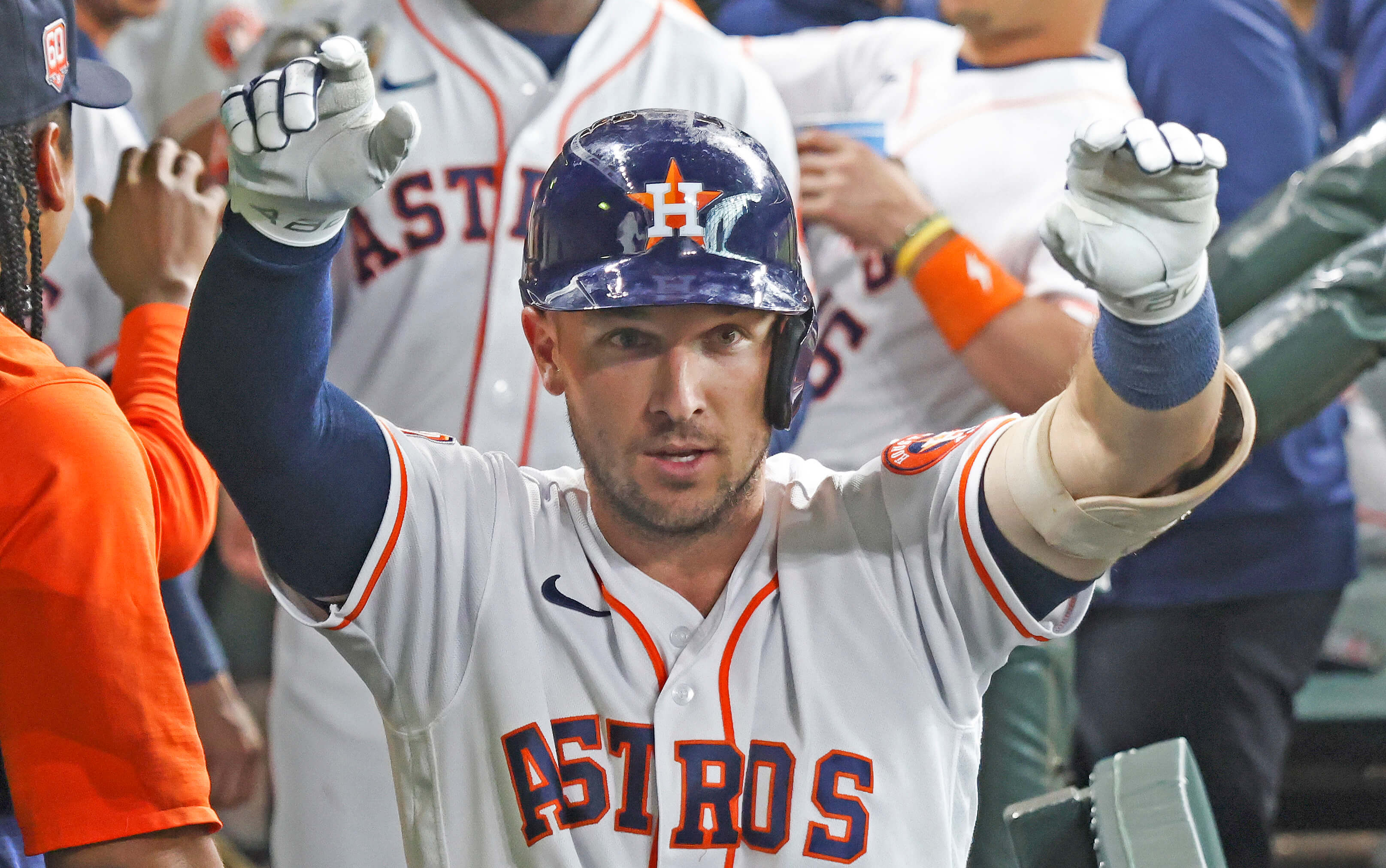 Mariners vs Astros Picks and Predictions: Houston Has Ray's Number
Provided by