The New York Yankees got a much-needed win in the opener of their series against the Atlanta Braves and they hope they can carry that momentum into Game 2.

If the Yankees want to climb out of the basement in the American League, they’ll need a strong performance from Corey Kluber as he toes the rubber against the Braves’ Ian Anderson.

Can the Yanks bats wake up and provide value as short favorites? Check out our MLB free picks and predictions for Braves vs. Yankees on Wednesday, April 21, with first pitch scheduled for 6:35 p.m. ET.

Ian Anderson (0-0, 4.70 ERA): The 22-year-old Anderson has been solid if unspectacular through his first three starts of his first full season. While he is striking out a fair number of batters, he is battling his control, having allowed seven walks in 15 1-3 innings pitched this season.

Corey Kluber (0-1, 6.10 ERA): The Yankees were hoping to catch lightning in a bottle when they signed Kluber, hoping he would find at least some of his former Cy Young form. But it has been a rocky start for Kluber in pinstripes. He has a 6.10 ERA and a 2.23 WHIP and hasn’t lasted more than four innings in a start this season.

The Under is 5-1 in Yankees' last six interleague games as a favorite. Find more MLB betting trends for Braves vs. Yankees.

The Yankees took Game 1 of the series against the Braves, but the 3-1 victory didn’t instill much confidence that the Bronx Bombers’ bats were back.

The Yankees recorded just five hits in the win, with Gio Urshela doing most of the damage. After the game, New York now ranks 26th in scoring, 29th in average, and dead last in OPS. On top of that, Anderson held the Yankees to one run on one hit with six strikeouts in six innings in his lone start against them last season.

Meanwhile, as noted, it has been a rough go of things for Kluber, and things could get tougher if Ronald Acuna returns to an already stacked lineup. The Braves rank seventh in scoring, fifth in OPS, and have hit the second-most dingers. It’s hard not to like the value with the road team in this one.

A quick look at the total and then the starters, and your gut reaction might be to run to the betting window and bet the Over. But hold your horses.

Putting any faith in the Yankees to do their part is a risky proposition, even against Anderson, who has been inconsistent to this point. New York has scored four runs or fewer in seven straight games.

And while Kluber hasn’t shown much this season, manager Aaron Boone hasn’t been shy about using a short leash with him and handing the ball to arguably the MLB’s best bullpen. The Yankees’ pen ranks second in ERA, first in WHIP and third in opponent batting average.

Don’t be shocked if Game 2 sees a similar amount of runs as Game 1. 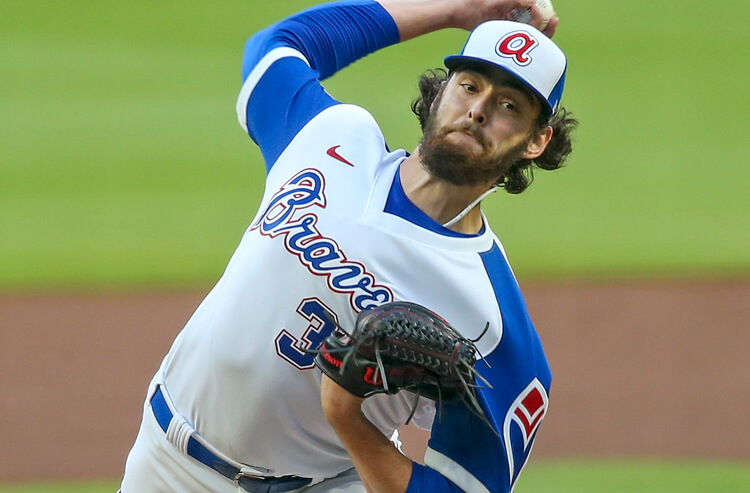 Braves vs Yankees Picks: Quick Yank for Kluber?
Provided by