Mets lefty David Peterson has struck out 15 batters in 10 innings this season and he now faces a Cubs lineup Wednesday that is 28th in the Majors in whiffing more than 10 times per game.

Max Scherzer and the Washington Nationals are the subject of our favorite MLB prop bet of the day. Mad Max looked, well, mad after his first start of the season, but don’t write him off just yet as the former Cy Young Award winner has looked like his dominant self in his last two starts.

He’ll look to keep rolling when he goes up against the free-swinging St. Louis Cardinals. We break down that pick and more with our best free MLB prop bets and predictions for Wednesday, April 21.

Washington Nationals starter Max Scherzer looked mad after getting shelled in his first start of the season, and it begged the question: is Mad Max on the downward trend of his career?

Well, hold your horses because Scherzer has looked like his vintage, dominant self in his last two starts. The right-hander has allowed just one run on five hits while punching out 15 batters over his last 13 innings of work.

Scherzer will try to keep rolling when he takes the ball today against the St. Louis Cardinals. The Cards are a boom-or-bust offense that relies too much on the long ball. They rank sixth in scoring but hit just .211 against right-handed pitching snd if there is a guy who can shut them down, it’s Scherzer.

Meanwhile, the Cardinals hand the ball to Carlos Martinez. The right-hander is a starter once again after a solid stint as the Cards’ closer in 2019 but it has not been smooth sailing to this point, pitching to a 7.80 ERA and a 1.40 WHIP.

He faces a Nationals offense that is struggling to get the big hit right now, but they are deep, talented, and rank third in batting average. The Nats are a good bet to have the lead through five innings.

The Cincinnati Reds have been red-hot at the dish and are arguably the best offense in baseball through the first three weeks of the season.

We don’t want to say the Big Red Machine is back, but the Reds are leading the Big Leagues in scoring and home runs, are second in OPS and fourth in batting average. Wednesday, it is Merrill Kelly and the Arizona Diamondbacks who have the unenviable task of trying to slow them down.

It has been a rough start to the season for Kelly, who has been finding too much of the plate with his fastball and changeup—and the result has been an 8.44 ERA and a 1.69 WHIP over his first three starts this season. Then he hands the ball to a bullpen that has a 1.40 WHIP and a .248 opponent batting average.

That makes the Reds a good bet to go Over their team total in this game.

After spending his entire career with the Los Angeles Dodgers, Joc Pederson isn’t used to losing, and that’s his reality right now with the slumping Chicago Cubs. Chicago is 7-9 for the season and has the worst run differential in the National League.

And it is Pederson and the Cubs offense that has really let the team down. The Cubs rank dead-last in scoring and batting average and now they have to face one of the best pitching teams in baseball in the New York Mets.

David Peterson gets the ball for the Mets in Game 2 of this series and the lefty bounced back after a rough first start. The 2017 first-round pick is coming off allowing just one run on three hits while striking out 10 batters in six innings against the Phillies.

The southpaw mixes a sinker and a fastball well and uses a devastating slider as his put-away pitch. As a result, he has 15 strikeouts in 10 innings this season and faces a Cubs lineup that ranks 28th in strikeouts, getting punched out 10.19 times per game. 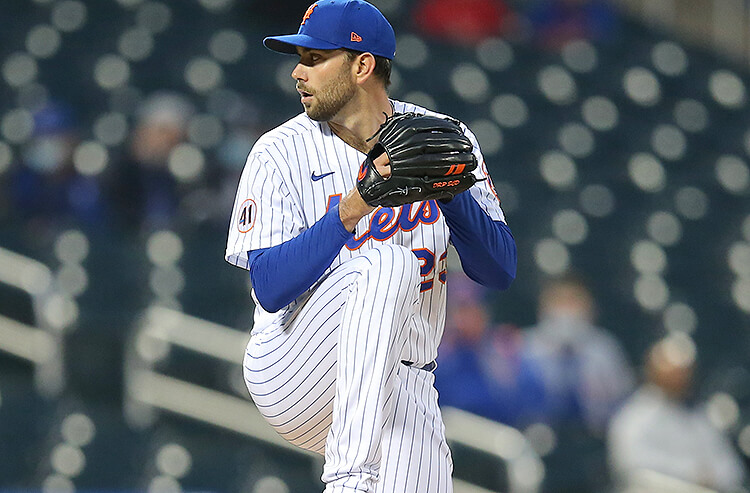