After a thrilling come-from-behind win in the 9th inning by the Yankees on Thursday, New York looks to beat the defending AL champions once more in the Bronx. Find out why we're backing the Pinstripes in our Astros vs. Yankees betting picks.

The battle of first-place teams continues as the New York Yankees try to make it two straight after defeating the Houston Astros last night on a walk-off single by Aaron Judge.

The Astros' usually reliable bullpen blew the save opportunity, allowing four runs in the ninth. They send veteran Justin Verlander to the mound on Friday to try and even up the series.

Can the Yankees win their second consecutive game or will Verlander lead the Astros to a victory? Find out with our free MLB betting picks and predictions for Astros vs. Yankees on June 24.

Justin Verlander (8-3, 2.30 ERA): Verlander has cooled a bit since his hot May, where he won four of five games and allowed just eight runs and an ERA of 2.27 for the month. June has been a different story, but the 39-year-old right-hander is still pitching effectively. In four games, he has allowed eight earned runs on 20 hits while striking out 26 batters.

Luis Severino (4-1, 3.27 ERA): Manager Aaron Boone put Severino on the COVID-19 injured list last week and the right-hander missed his scheduled start. Turns out Severino didn’t have COVID-19, and the extra three days of rest apparently did more harm than good. Severino managed five innings against the Toronto Blue Jays last Sunday but allowed five runs on three hits, including two home runs. It was his worst start for June and the most runs he has allowed in a game all season.

The Astros are 5-12 in their last 17 meetings in New York. Find more MLB betting trends for Astros vs. Yankees

In Thursday’s game, the Astros bullpen blew only their fifth save of the season, giving up four runs in the ninth. Before that lost save, Houston was first in the majors, converting 18 of 22 close-out opportunities. The win for the Yankees was their fifth in their last five against AL West opponents and fifth in as many games against a team with a winning percentage above .600.

Yankees centerfielder Aaron Judge continues his MVP pace, as the 30-year-old was 2-5, including a game-winning single in the ninth on Thursday. Judge leads the majors in home runs with 27 and is fifth in RBI with 53. The Yankees lead the majors with 117 home runs and both Giancarlo Stanton and Aaron Hicks had three-run homers on Thursday.

Although two-time Cy Young winner Justin Verlander is on the mound for Houston tonight, that doesn’t mean New York can’t get to him. In his last start against the Chicago White Sox, he allowed four runs in 3.2 innings.

The last time Verlander had a poor start was back on May 27 when he surrendered six runs on 10 hits in six innings to the Seattle Mariners. He followed it up with a so-so outing, giving up three runs on two hits in seven innings to the lowly Oakland A's.

The Astros are just 1-5 in their last five meetings in New York.

The Under is 8.5 and both pitchers should be able to keep the score low, plus the Yankees bullpen is as elite as it gets. Yankees closer Clay Holmes has an absurd ERA of 0.53, and Michael King and Jonathan Loaisiga have been stellar as well.

The Under for the Astros is 21-4-1 in their last 26 when their opponent allowed five runs or more in their previous game. The Under is also 4-1 in the Astros’ last five against the AL East.

For the Yankees, the Under is 10-3-1 in their last 14 games after scoring five runs or more in their previous game. The Under is also 8-3 in the Yankees’ last 11 against the AL West.

Win or lose, it seems Houston’s Jose Altuve has success against New York. The second baseman has a .289 batting average in 53 games versus the Yankees in his career. Last night’s game was no different.

It was the Astros' first meeting against New York and Altuve went 3-4, scoring two runs. He didn’t have an RBI but when hitting in the leadoff spot, he needs help from the bottom of the lineup, which he didn’t get last night.

The bottom three of the order, Mauricio Dubon, Jose Siri, and Martin Maldonado, went hitless. The only one to reach base was Dubon, who walked. If those three can get on base, Altuve should drive at least one runner home.

The odds of +255 make this Jose Altuve prop especially appealing. 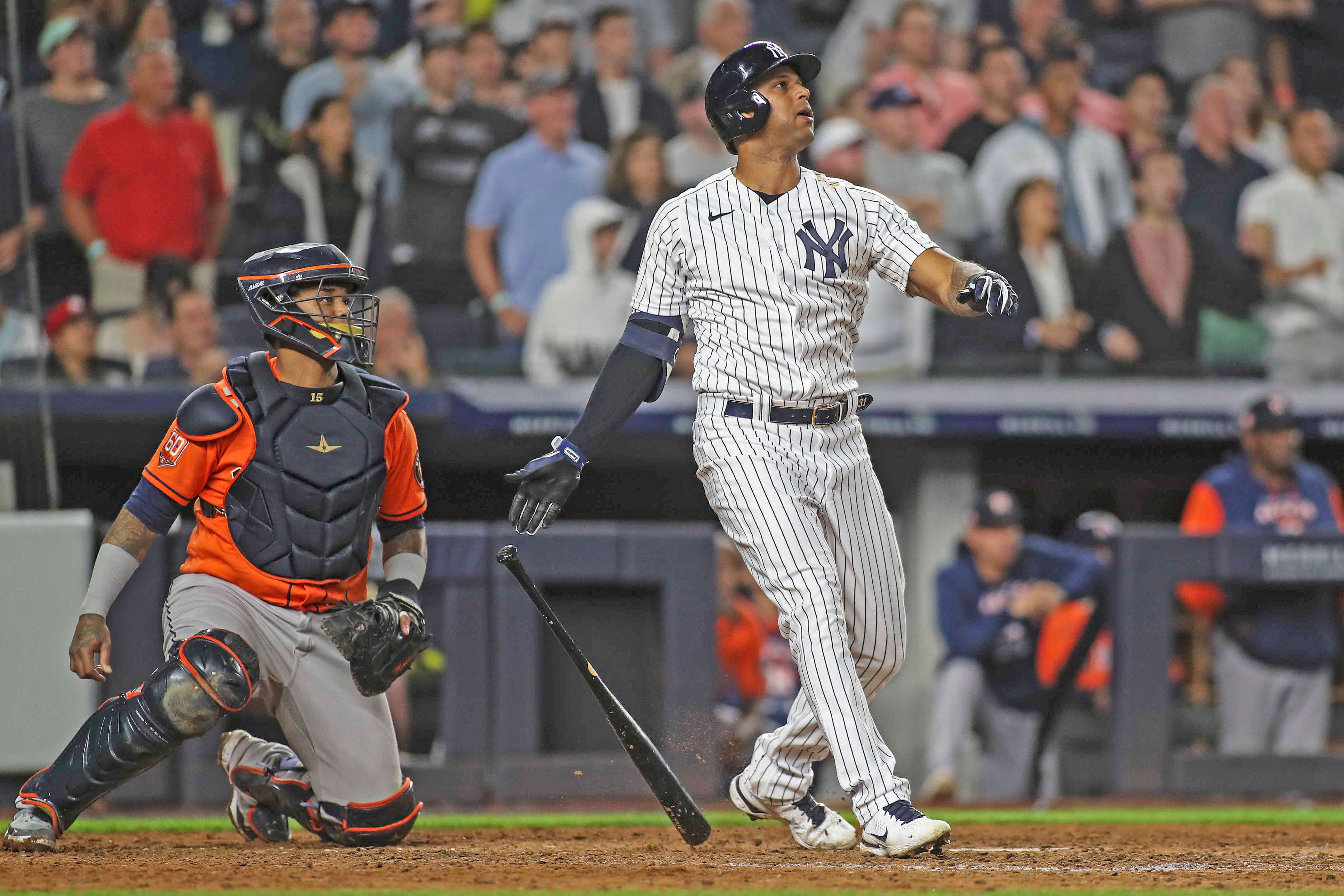