Many new and newly empowered sports bettors are wandering out into the world looking for somewhere to wager on one of their favorite sports, football.

Every National Football League season is important to a sportsbook.

For starters, the NFL is hugely popular among the books’ clientele, the bettors. Those players are arriving in droves to wager on their team, or the Over on a game, or something else that caught their eye on the board.

“Historically, we're no different than any other book since the beginning of gambling,” said Phill Gray, the head of trading operations at Sports Interaction, in a recent interview with Covers. “The NFL is certainly one of our largest revenue drivers. Not in terms of actual dollars taken, because we're doing sports around the world, but in terms of single-event games that happen on a given day, we’ll certainly take far more on the NFL than any other sport.”

Indeed, many millions of dollars are typically wagered on the NFL’s regular season, which starts again tonight. And ready to fight for every dollar are legal sportsbooks, some of which were only relatively recently armed with licenses to take bets in the United States.

“Football is clearly the big kahuna in this space,” said Tom Reeg, chief executive officer of Caesars Entertainment Inc., back in May. “The NFL is where you want to be.”

Read more in @FOS, and if you plan bet, #HaveAGamePlan to wager responsibly. https://t.co/QjuBBw4D0e

But this coming NFL season may be the most important yet for legal sportsbooks, and for a few different reasons. They include a legal market that continues to grow, massive amounts of money that are being thrown around, and the blessing operators have been given by the league itself.

Consider this: approximately 45 million American adults are projected to be potential bettors on the upcoming NFL season, a record according to research recently put out by the American Gaming Association.

At kickoff tonight, there will be 26 states (plus Washington D.C.) with some form of legal sports wagering operational, or more than half of the U.S. Furthermore, before the Lombardi Trophy is handed to the winning team following Super Bowl LVI in early 2022, there is hope new betting markets in Louisiana, Florida, and New York will all have launched.

And then there's Canada. Legal sports betting in the Great White North was recently given a tune-up, after the country finally allowed single-game sports betting.

In this new market, there are signs Canadians are just as crazy about NFL football as their American cousins, even though government-owned lotteries are so far the only game in town permitted by provinces. Still, the lottery for Canada's most populous province, Ontario, said Thursday that football-related bets already account for 23 percent of all bets on the new online sportsbook it launched August 27.

The Canadian market isn’t expected to really take off until December, either. That's when Ontario, with a population that would rank as the fifth-largest U.S. state, is aiming to allow private-sector sportsbooks to take wagers.

In short: many new and newly empowered sports bettors are wandering out into the world looking for somewhere to wager on one of their favorite sports, NFL football. Many sportsbooks surely want those bettors to wander into their shop.

"NFL is basically like our holiday season," said Jason Robins, CEO of DraftKings Inc., during an earnings call in August. "It's when we acquire the most new players and reactivate large portions of the player base."

To woo bettors, books are willing to pitch generous promo offers and sign-up bonuses at them. Cash could be burned by the bushel in the name of customer acquisition and marketing.

For example, Nevada-based Caesars Entertainment expects to spend more than $1 billion over the next two-and-a-half years on its sports betting and online gambling efforts, which includes promoting its new Caesars Sportsbook. Rival Wynn Resorts Ltd. will also drop more than $100 million touting the WynnBET app, according to a Bloomberg News report.

“We expect the 3Q21/4Q21 periods to be the most competitive the [online sports betting] arena has experienced to date, with two large scale casino operators poised to spend considerably, as they make their respective entrances, in a dedicated fashion, into the space,” Deutsche Bank analyst Carlo Santarelli wrote in an August 6 report on DraftKings.

Another reason why the 2021 NFL season will be so important for operators is the fact that the league is now officially partnered with them.

In the run-up to kickoff, the NFL has granted seven different sportsbooks “official” or “approved” status, including FOX Bet and FanDuel Group, allowing those operators to advertise during games. There are also a number of partnerships teams themselves have formed with betting firms, such as the one announced Wednesday between the New York Jets and the yet-to-launch Fubo Sportsbook.

The books, which probably don't want to disappoint their new friends, are taking their NFL access seriously. The amount of thought and detail they are putting into their plans are another indication of the significance of this season to them.

One of the NFL’s recently announced “Approved Sportsbook Operators” is Australia's PointsBet Holdings Ltd., which also has a partnership with NBC, the home of Sunday Night Football.

PointsBet’s plan of attack for the season will lean on both those partnerships, and will involve video and display advertising, a podcast, email campaigns, and the integration of its odds into pre- and post-game shows. Drew Brees may have retired as a quarterback, but he will suit up for the company to promote its book.

“A multi-touch approach, utilizing the most premium properties across NBC, our strategy will ensure we are reaching NFL fans throughout the week and on Sunday,” PointsBet’s chief commercial officer for the U.S., Eric Foote, said during a late-August conference call for analysts and investors.

The NFL’s embrace of sports betting already has the books on a marketing blitz, even if there’s only so much ad time they can buy on television.

Dan Lovinger, executive vice president of advertising sales for NBC Sports Group, said during a recent conference call that they are seeing “significant demand” from sportsbooks, reminiscent of the boom in fantasy contests.

“I think that when you’re starting a business and trying to establish your brand, you’re going to look for the highest-rated, broadest reach properties possible, and there’s no better place to go than Sunday Night Football for that,” Lovinger said, according to a transcript.

Sign of the times: NFL has reached agreements with FOX Bet, BetMGM, PointsBet, and WynnBET to become Approved Sportsbook Operators for the 2021 NFL season.

Books likely want to make a good first impression, but also a lasting one.

Barstool Sportsbook-owner Penn National Gaming Inc. isn’t among the operators allowed to buy ad time during NFL games. It does, however, have direct access to Barstool and its legion of young, male, football-loving devotees.

Penn continues to launch the Barstool Sportsbook app in new states as well, and expects to be live in at least 10 by the end of 2021. In addition, Penn has been a participant in the recent round of acquisitions by gambling companies, as it is buying Toronto-based Score Media and Gaming Inc.

CEO Jay Snowden said in early August that Penn sees themselves in a solid position as they head into Barstool’s "favorite time of year," football season.

“Our perspective is that operators that have achieved early online market share have done so primarily through first-mover advantage, leveraging existing customer databases, and significant paid media spends,” Snowden said during a conference call. “We believe the long-term winners will be defined by best-in-class products, bespoke content, efficient customer acquisition, multi-platform reach, and broad market access, all of which we have in spades.”

More and more players are trying to elbow their way into the market for online sports betting, striving to carve out a place for themselves. One of the newer offerings comes from 888 Holdings Plc, a Gibraltar-headquartered but London Stock Exchange-listed online betting firm.

Despite being founded in 1997 and already operating its 888sport book in New Jersey, 888 recently partnered in the U.S. with Sports Illustrated. One of the products of that partnership, SI Sportsbook, launched on Tuesday in Colorado, just in time for the NFL season and “purpose-built” for the U.S. market, a press release noted.

Yaniv Sherman, head of U.S. operations at 888, said in a recent interview that 60 percent of all its sports bets last year were placed on the NFL. Add to that a name new bettors can recognize, such as Sports Illustrated, and the company's odds of separating itself from a still-growing pack of sportsbooks could improve.

“The NFL is a different beast than any other sport and we wanted to make sure to seize on the excitement around the new season,” said John Atkinson, director of business development at 888, of the timing of the SI Sportsbook launch.

That NFL season has finally arrived. And, as noted above, it has arrived at a time when the legal sports betting market in the U.S. is big and getting bigger, with sportsbooks spending huge sums and the league itself riding shotgun.

"Our sense is, a traveling man could make a healthy salary by merely driving state to state and taking advantage of the plethora of promotional offers and signup bonuses this fall from all of the operators," Deutsche Bank's Santarelli noted in an August 3 report on Caesars.

It’s an important time for those in the industry, perhaps the most important ever. When it’s over, a clearer picture of who’s who among sportsbooks could emerge. As recently reported by the Wall Street Journal, Wynn Interactive CEO Craig Billings predicted it will be tough for companies to break into the sports-betting market after the coming NFL season.

Sports Interaction’s Gray said he expects to see the recent growth of the sports-betting industry continue for the next few years before it plateaus. At some point, publicly traded operators could start getting more and more pushback from investors about their margins, spending, and level of profitability (or lack thereof).

In the meantime, though, the books are likely going to try to make hay while the sun shines. And, of course, one of the busiest times for hay-making is football season.

“We're positioned well to compete,” Gray said. “Bring it on, I say.” 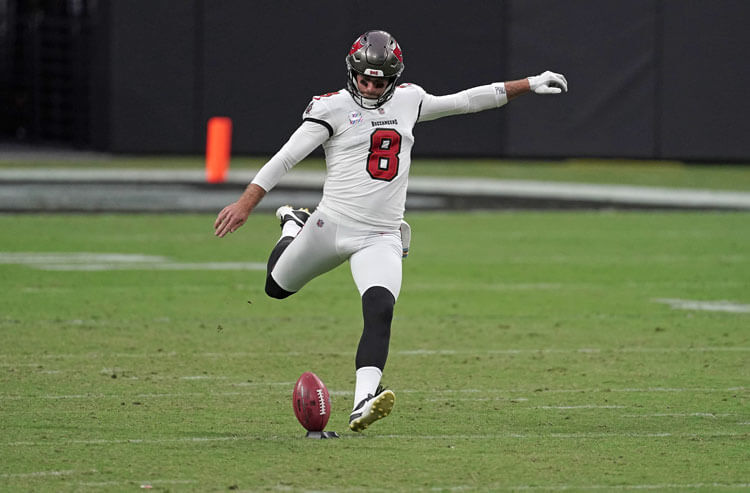