Both companies expect the transaction to close in the first quarter of 2022, which is when Penn plans on operating theScore as a standalone business that remains headquartered in Toronto, uses its current brand, and is led by its present management.

Penn National Gaming Inc. is buying Toronto-based Score Media and Gaming Inc., setting up the Barstool Sportsbook-owner to be a player on both sides of the Canada-United States border.

The approximately $2-billion cash-and-stock deal was announced Thursday morning, with shareholders of theScore to get $17 in cash and 0.2398 shares of Penn National common stock in exchange for each share of theScore.

This, a press release said, implies a price-tag of around $34 per share of theScore, a digital media and sports betting company out of Canada.

Both companies expect the transaction to close in the first quarter of 2022, which is when Penn plans on operating theScore as a standalone business that remains headquartered in Toronto, uses its current brand, and is led by its present management.

Penn National, which bought a 36-percent stake in digital media company Barstool Sports back in January 2020, now plans on making Barstool its lead brand in the U.S. for sports betting and theScore its flagship name in Canada.

Territory, tech, and turning on the 'faucet'

There were a few different reasons highlighted for Penn's purchase of theScore, including the latter's prime positioning in the soon-to-open-up Canadian market and the technology it is bringing to the table.

Notably, the acquisition comes as Canadians are awaiting the launch of legal single-game sports betting in the country, which could reroute billions of dollars in wagers that are currently being placed with offshore and illegal sportsbooks towards regulated operators.

While the federal government still needs to set a date for single-game wagering to begin, its arrival will shake up the status quo of Canada’s gambling industry. And in Ontario, theScore's home province, the government is planning to launch a competitive iGaming market later this year with online sports betting included.

While the sports-betting industry may be itching to get into some of the bigger U.S. markets, the population of theScore's "home turf" would make it the fifth-largest state south of the border, noted John Levy, chairman and chief executive officer of theScore, during the conference call.

According to Penn, Canada “represents a compelling opportunity for growth,” and one the company is now better positioned to tap into.

“We are now uniquely positioned to seamlessly serve our customers with the most powerful ecosystem of sports, gaming, and media in North America, ultimately creating a community that doesn’t currently exist,” Snowden said in the press release. “Users will enjoy a unique mobile sports betting and iCasino platform with highly customized bets and enhanced in-gaming wagering opportunities, along with highly engaging, personalized sports and entertainment content, and real-time scores and stats.”

Barstool founder Dave Portnoy was also on Thursday’s conference call and said that, before Penn’s investment in them, they had expressed an interest in buying theScore. However, at the time, they lacked the necessary resources for a deal.

With Penn's backing, that's no longer an issue, and Portnoy praised what he called the "synergistic" nature of the tie-up with theScore.

"We have the ability to, sort of, 'kingmake,'" he said, adding later that "we are going to turn that faucet on.”

Spreading across the states

The combination of theScore and Penn does have the potential to create a considerable force in the North American gambling industry.

Wyomissing, Pa.-based Penn boasts more than 40 gaming properties across 20 states, as well as the Barstool Sportsbook app. TheScore owns and operates a popular media app and a separate betting app  — theScore Bet — with which users are already placing wagers in New Jersey, Colorado, Indiana, and Iowa.

Penn and theScore already have a working relationship, as the two companies struck a multi-state market access agreement two years ago. In connection with that agreement, Penn also took an ownership stake in theScore, which has been keenly eyeing the opportunity presented by the opening-up of the Canadian sports betting market.

Penn, meanwhile, is still looking for further growth in the United States.

Snowden said Thursday they anticipate more than doubling their sports-betting footprint by the start of the NFL season, and that they expect to launch in Colorado, New Jersey, Tennessee, Virginia, and Arizona. By the end of 2021, Penn aims to be taking sports wagers in at least 10 states.

The blend of media and betting offered by theScore will now form part of Penn's ongoing gaming efforts. According to the release, that combination helps attract and keep customers, with a user of both of theScore's apps placing three times the number of bets than users of just the wagering app alone.

“This increased cross-promotion ecosystem between theScore and Barstool is expected to lead to higher revenue,” the release stated.

There is nobody else who does what they do. The Score was 1st company I tried to acquire when Chernin invested in us. Couldn’t afford it. It is the perfect compliment for us. Tech, market, mind space. We will control the entire ecosystem with their help from tech to media https://t.co/StvbbVCwJm

The transaction will still require approval from shareholders of theScore (although Penn says it already has support locked up equal to around 30 percent of the company's voting shares, including the backing of the Levy family) and approval under federal law in Canada, among other things.

However, if all those boxes are checked, it could hand Penn the kind of technological prowess it desires as well.

"Importantly, the transaction provides us with a path to full control of our own tech stack," Snowden added in the release. "theScore has developed a state-of-the-art player account management system and is finalizing the development of an in-house managed risk and trading service platform. This should lead to significant savings in third party platform costs and allow us to broaden our product offerings – providing the missing piece for operating at what we expect to be industry-leading margins." 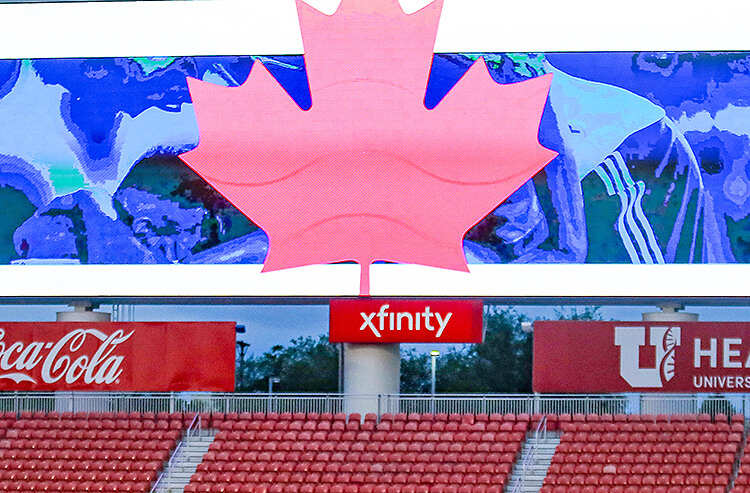