Record Number of Americans Planning to Bet on NFL This Season, Survey Finds

The American Gaming Association says the increased interest in betting is because more states have legalized sports betting and because people are really excited for NFL football to start again.

The spread of legal sports gambling and the growing excitement for the upcoming NFL season looks like they have combined to make more Americans than ever ready to bet on some football.

An online survey done recently for the American Gaming Association (AGA) and released by the industry group on Tuesday suggests that a record 45.2 million Americans, or approximately 18 percent of adults in the United States, plan to wager on the National Football League this season.

That's up by 36 percent compared to polling conducted on behalf of the AGA before the 2020 NFL season, which found an estimated 33.2 million American adults planned to bet on the games, or approximately 13 percent of that part of the population.

There are two main reasons the association gives for the growing interest in wagering. The AGA, whose members include casino operators, pointed to more states offering legal sports betting and people just being really, really jacked up for NFL football to start again.

Driven by the expansion of the legal market and high fan enthusiasm for the season, the total is a 36% increase over 2020.

By the AGA’s count, legal sports betting was available in 18 U.S. states and Washington, D.C. for the start of the 2020 NFL season. This year, the number at kickoff will be 27 different jurisdictions with wagering available, including Arizona, which is set to allow it starting on Thursday.

Furthermore, the AGA says the survey's findings suggest 25 percent of adults are more excited about the coming season than previous ones, which is up from 18 percent for 2020.

“Sports betting is more popular than ever among Americans, and the enthusiasm of bettors for the upcoming NFL season highlights the remarkable growth of the industry over the past three years,” AGA President and CEO Bill Miller said in a press release. “Importantly, when the 2021 NFL season begins, more than 111 million American adults will be able to wager safely with regulated sportsbooks in their home states rather than with the predatory illegal market.”

Betting on the Shield

The NFL is also more willing than ever to play ball with the legion of gamblers who follow the sport.

In April, the league announced its first-ever official U.S. sportsbook partners: Caesars Entertainment Inc., DraftKings Inc., and FanDuel Group. This was followed by the league announcing in late August that FOX Bet, BetMGM, PointsBet, and WynnBET were "approved" sportsbook operators for the 2021 season. Only these seven operators will be allowed to buy advertising spots for their sportsbooks during NFL games.

The sportsbooks could have their hands full as well, as the AGA survey suggests the number of people that will bet online, at casinos, and on fantasy contests or in pools will all increase significantly this year. For instance, the poll found 19.5 million adults plan to place a bet on the NFL online, either at legal or illegal sportsbooks, which is up 73 percent from 2020.

Football fans could find themselves introduced to new betting options, too. Some of them could be welcome, as the AGA’s research shows 44 percent of Americans think stadium sportsbooks add entertainment value to in-person sporting events, such as what BetMGM is planning to do with the Arizona Cardinals.

“Fans are the heartbeat of professional sports, and leagues like the NFL are realizing the full potential of sports betting to drive fan engagement,” Miller said. “To capitalize on this tremendous opportunity, the NFL and its 32 teams must also realize their responsibility to educate fans and promote responsible gaming.”

Both this and last year's online survey were done on behalf of the AGA by Morning Consult. The 2021 edition included a national sample of 2,200 American adults and was conducted between August 25 and August 30.

Full survey results have a margin of error of two percent, the AGA's press release said, with the data "weighted to approximate a target sample of adults based on age, educational attainment, gender, race, and region." 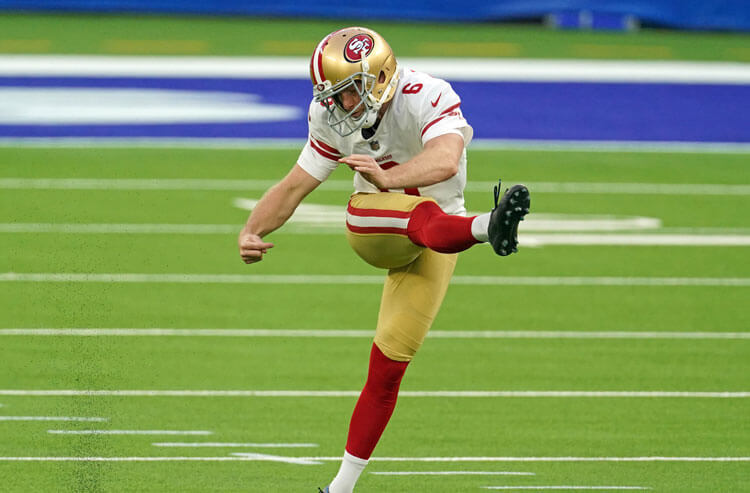 Record Number of Americans Planning to Bet on NFL This Season, Survey Finds
Provided by