Grouped up with Louis Oosthuizen and Ian Poulter, our betting card for Round 2 is highlighted by Daniel Berger, who should ride an improved putter to a strong Friday round. This and more in our best PGA Championship picks and predictions.

The first round of the year’s second major is officially in the books and with the way the leaderboard is stacking up at Southern Hills, we are shaping up for an exciting weekend of action at the PGA Championship.

Two-time PGA Championship winner, Rory McIlroy, put on a show in the opening round, shooting a 5-under 65 with the likes of Will Zalatoris, Justin Thomas, and Xander Schauffele just a shot or two off McIlroy’s pace.

Now, we turn our heads to Friday's second round and give you a three-ball's worth of best plays.

Cameron Smith is having an absolutely massive year. The 28-year-old Australian has already notched victories at the Sentry Tournament of Champions and THE PLAYERS Championship. However, a major victory still alludes him, and his T3 finish at the Masters in April had to be disappointing.

That said, Smith has set himself up well after Day 1, despite struggling a bit early on. Smith was 2-over through his first nine, including a double-bogey on 12, and somewhat surprisingly, it was the flatstick that let Smith down on Thursday.

Smith ranked 80th in strokes gained putting in Round 1 – a shocking number considering he is widely regarded as the best putter on the planet (he ranks fourth on Tour this season). So, you shouldn’t expect that slump to last much longer. Either way, he turned his day around and went 4-under coming in, finishing the day just three strokes off the lead.

The thing to take away from Round 1 for Smith is that he led the field in strokes gained approach, and we saw on Thursday that Southern Hills lived up to its name as a second-shot golf course.

Smith is just three strokes back of the lead heading into Thursday. You know that putter is going to heat up at some point this weekend and if he can keep up this iron play (he ranks seventh on Tour in strokes gained approach), Smith should be a legitimate threat to win his first major come Sunday.

Berger has had a bit of a disappointing season so far. A year after getting a win at the Pebble Beach Pro-Am and getting Top 10 results in his last two majors, he has just two Top-10 finishes to his name this season. But despite a 3-over 73 first round, Berger has the game to take advantage of Southern Hills.

Berger is one of the best ball strikers on Tour and ranks seventh in strokes gained tee-to-green, ninth on approach, and 34th around the green. He ranked just 54th in strokes gained approach along with a putter that abandoned him in Round 1. He didn't sink one birdie putt and ranked 141st in strokes gained putting (of 156 guys). That’s a really bad day for a guy who is normally a solid putter (53rd on Tour this season).

Berger is paired with a couple of wily veterans in Louis Oosthuizen and Ian Poulter.

Last season, Oosthuizen saved his best golf for the biggest stages with four Top-3 finishes in his last four major starts but also shot a 3-over 73 in Round 1. While Poulter is still a wizard on and around the greens, he just has two Top-25 finishes this season and marked down a 6-over 76 on Thursday.

These two, while strong in some areas, aren't on Berger's level when it comes to ball-striking. They rank 123rd and 141st in strokes gained approach.

Berger has the best all-around game in this group and should bounce back on Friday, making this a solid bet.

Someday, it’s all going to come together for Finau. The 32-year-old shot a solid 1-under 69 on Thursday, but as is the case for him, his putter let him down.

Finau ranked 85th in strokes gained putting on Thursday, but despite that, he still ranked 16th in total strokes gained. It shows how good he can be if he ever gets hot with the putter. And Bermuda greens, like those at Southern Hills, are his best putting surface, so he should be able to get comfortable.

Finau’s greatest strength at Southern Hills is his approach game. He ranks 32nd on Tour in strokes gained approach and 26th from tee to green.

Kuchar meanwhile, had an outstanding opening round, posting a 3-under 67. He continues to be great around and on the greens, but he was fantastic with his irons as well ranking 14th on approach.

However, he ranks just 107th on approach for the season and is 152nd off the tee. Expect some regression on Friday. 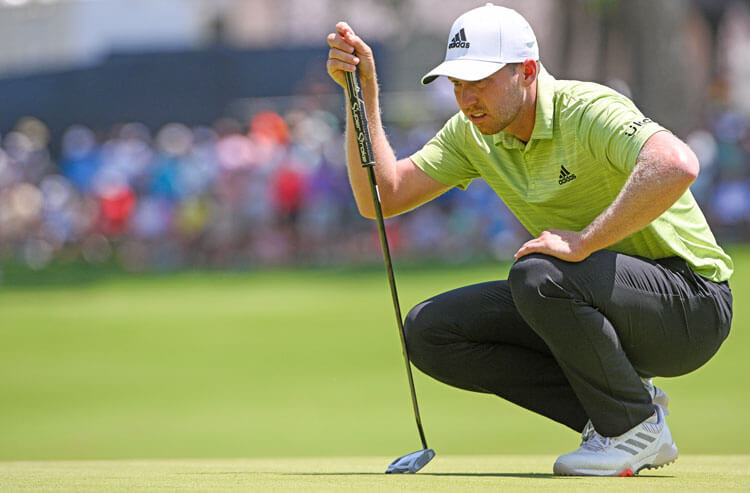