From hole-in-ones to Over/Unders on final scores, there are plenty of PGA Championship prop bets available to liven up your tournament weekend betting.

The 2021 PGA Championship draws the eyes and action of golf betting to Kiawah Island for the second major tournament of the PGA Tour season, starting on May 20. A tournament this big sees sportsbooks roll out a long list of alternative wagers, including plenty of prop bets for the tournament.

If you’re teeing off on some of the 2021 PGA Championship props, here’s a look at the betting basics and the most popular prop odds available.

Prop bets are alternative wagers, beyond the more common head-to-head matchups or standard PGA Championship odds. These props can focus on overall tournament results and happenings as well as player-specific prop bets.

Will there be a hole-in-one?

Will there be a playoff?

Will a player lead the entire tournament and win?

The last time the Ocean Course at Kiawah Island hosted the PGA Championship back in 2012, only 20 players finished the tournament under par. The course has a rating of 79.1, stretches almost 7,900 yards and conditions to the coastal environment can change in a matter of minutes.

When the wind is howling, this course is among the toughest on Tour, and the early forecast (according to PGATour.com) is calling for strong winds through the first two days of the tournament (27 mph) but settling down on the weekend, which could help produce some sub-par performances come Sunday.

The projected cut prop is set at 146.5 Over/Under, which would be a score of +4.5. That’s projecting a better overall effort from the field than the cut line of 150 (+6) in 2012. Also, average driving distance is higher than it was back in 2012 (289.1 yards vs. 295.3 yards) which will help on this lengthy track, most notably in the final two rounds when winds die and the hot weather has the course playing firmer and faster.

The last time the PGA Championship was played at Kiawah Island’s Ocean Course, the final leaderboard was littered with European players. Rory McIlroy won the event and was one of seven Euros to place among the 10 best finishes.

The coastal layout and challenging winds found in Charleston are similar to the more challenging tracks on the European Tour, with those native players growing up having to navigate less-than-ideal conditions.

McIlroy is the betting favorite heading into Round 1 and is joined by fellow European standouts Jon Rahm and Viktor Hovland among the Top 8 overall faves in the 2021 PGA Championship odds.

Cameron Smith and Marc Leishman are the favorites for Top Aussie, with the pair coming off a win at the Zurich Classic last month. Smith has been fantastic in 2021 with six Top 10s in 15 events, including a 10th-place showing at the Masters.

Leishman hasn’t been as consistent but did place fifth at Augusta and boasts six Top-10 finishes in major tournaments for his career, finding another gear on golf’s biggest stages. He finished 27th on this course at the 2012 PGA Championship and we’ll lean into that experience with the bigger price on him to finish as the top Australian.

Where can I bet on PGA Championship props?

Whether you’re betting on player odds or tournament markets, here are some tips for betting on PGA Championship props.

Current form is what the bookies look at first when building the PGA Championship prop bets, so it should be where you start when it comes to betting those props. Take a close look at a player’s recent tournament results, as well as what aspects of their game they’re excelling or struggling at and how those match up to the course at Kiawah Island.

Some golfers in the PGA Championship field post consistent success on certain courses or layouts, so be mindful of how they’ve performed at Kiawah Island as well as how they’ve played in past PGA Championships and major tournaments. The prestige and pressure of a major can bring out the best in some golfers and the worst in others.

Weather plays a massive role in the outcome of any golf tournament, especially when it comes to golf betting props. Comb the most current forecasts for Charleston, South Carolina, and not only for each day of the PGA Championship but also the days leading into Round 1. Rain can impact how soft and slow the course plays and wind – especially on those coastal holes – can wreak havoc with accuracy and distance off the tee.

With so many ways to wager on the PGA Championship odds, you want to make sure your story is straight when it comes to your prop bets and that you’re not contradicting or betting against yourself. Set a narrative for how you see the tournament playing out, which golfers will excel or struggle, and what has to happen for that to take place.

When do PGA Championship props get released?

PGA Championship props are normally released the week of the tournament, with more options available closer to the start of Round 1 on May 20.

When do PGA Championship props pay out?

What PGA Championship props can I bet on?

There are a number of PGA Championship props that you can bet on, including “Will there be a hole-in-one?” as well as which Australian golfer will finish highest on the leaderboard? 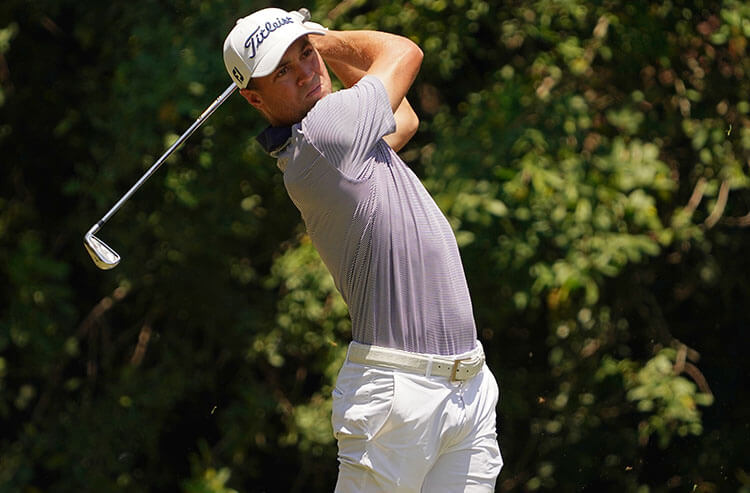