I have no answers. Here are some questions, instead.

•Are we poised for another Syracuse flop?

The Orange has dropped six of seven against the number.

That includes blowing a 16-point lead with eight minutes to play against Georgetown last Saturday. Jim Boeheim’s bunch managed to pull out a 4-point overtime win. I had ‘Cuse -4.5.

In my eyes, Syracuse is always a bit overrated. The Orange is 71-81-3 against the spread in the last five seasons. They’re 10-12 ATS this year.

So why does Syracuse get so much love?

Well, first of all, the Orange always oozes talent. They always have a tough looking white guy with game (Gerry McNamara, Eric Devendorf) and a few guys that can dunk. They’re easy to like and when they play well, they can look very good.

Being in the Big East also makes them ESPN darlings, which, in turn, makes them public darlings.

It all adds up to line inflation.

Fade the Cuse down the stretch.

Duke is athletically challenged and is the fourth best team in the ACC.

Mike Kryzewski knows it too.

Seriously, who is the last dynamic athlete Duke has had? Corey Maggette?

•Do you consider Oklahoma an elite team?

Nope, and you’re talking to a born-and-raised Boomer Sooner.

I don’t believe OU’s surrounding parts can keep up with a North Carolina, Pittsburgh or UConn.

But not many teams can keep up with Blake Griffin either, especially in the Big 12.

It will be interesting to see how Kansas’ big man, Cole Aldrich, fairs against Griffin on Monday.
Straight from a homer’s fingertips, I’m expecting a strong finish in the Big 12 for the Sooners. But we’ll be bounced from the dance somewhere around the Elite Eight.

•Do you realize Memphis and Kansas, last year’s championship game participants, are a combined 31-13-3 against the spread?

Who’s looking ahead to next week’s big games?

Florida at LSU, Tuesday: Both teams enter the weekend atop their SEC division. After blasting Vanderbilt in late January, it would be very easy for the Gators to be a little overconfident when the Commodores visit Saturday.

UConn at Marquette, Wednesday: The Eagles better not look ahead to the Huskies with a desperate Georgetown team visiting Saturday. The same goes for UConn, which hosts South Florida Saturday.

Q: Several former Cram Session participants—Bird, PimpDaddy and Bibendi— have praised your discipline. How many games you will play on a given day? Why is this important to your handicapping?

A: Most weeks, I’ll look at the entire Saturday college basketball card and take only 2 - 3 games. Narrow it down to your absolute best plays and stick with them. By doing this, you will maximize your chances for success.

I do not know anyone that can win consistently by throwing up nine or 10 plays a day. The oddsmakers want you to look at the big card like it is a giant menu when you are hungry. If you take too many games on a regular basis, you will end up fat and broke

Q: Who’s the best team in the Big East?

A: The best and most talented team in the Big East is Pitt. I think they’ll make a very deep run this year in the dance and can win it all. UConn is very strong but can be inconsistent. The loss of (guard Jerome) Dyson is a killer.

Q: Who’s the most underrated team in the Big East?

A: I’m not sure that people consider Nova underrated, but they will be a surprise in the Dance. They’re very talented with a lot of experience. Final Eight for Nova will not shock me at all.

Q: Give us a game you’ll be taking a hard look at on Saturday.

A: I am taking a hard look at the match-up between No. 11 Marquette and Georgetown. It is now or never for the Hoyas. Can they take on one of the upper tier Big East teams (at home) and beat them? If yes, they may start to clear a path to the NCAAs (still a lot of work to do, but possible). If not, welcome to the NIT Hoyas.

Q: Credibility check: What kind of car do you drive?

We’re less than a month away from the NCAA tournament. Each week in Cram Session, I’ll provide you with some info to consider as you prepare for betting the Big Dance. This week: Betting the No. 1 vs. No. 16 games.

Betting the 1-16 games can be difficult. It’s hard for me to bet against teams that I consider among the best in the nation, no matter how many points I’m laying.

In the past six tournaments, the top seeds on average have been favored in the first round by an average of 24.6 points. Their average margin of victory – 25.3. Not a lot value there. But, recently, the big boys have been more dominant in their opening games. In the past two tournaments, the top seeds are 6-2 ATS in the first round with an average margin of victory of 31.75 ppg.

Another note about 1-16 games: Six of the last eight have gone over the total.

Last week: 1-3
Season: 6-12 (in seven columns)
I’ll be posting my plays in the comment section before noon EST Saturday. Prepare to fade. 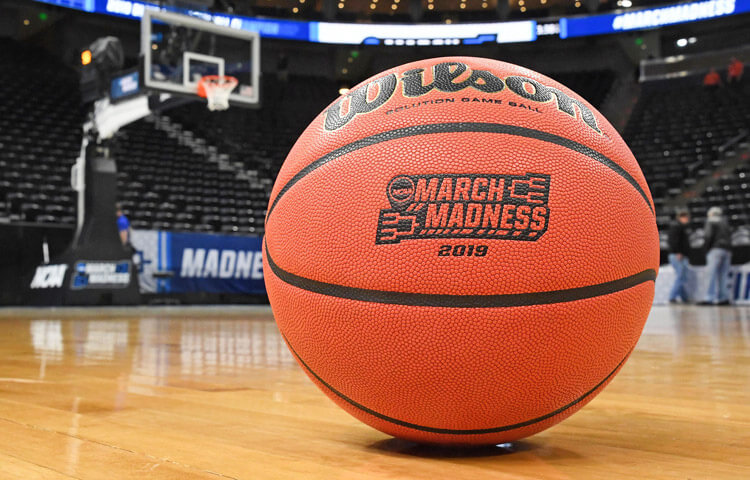