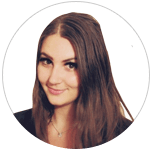 The Run for the Roses returns to its familiar place during the first weekend in May, with the 2021 Kentucky Derby scheduled for May 1.

Now that the post positions are set, we know which horses will be running and our horse racing expert has ranked them 1-20. And don't forget our printable horses list to take with you on the go!

Our No. 1 ranked horse Essential Quality has the shortest Kentucky Derby odds ahead of the race. Read our analysis of the favorites, contenders, and long shots below.

Horse Notes: Winner of the Breeders' Cup Juvenile at two years old, this colt has progressed nicely into his campaign as a three-year-old. He's undefeated in his career, and already has three graded stakes victories to his name. He's the clear choice atop the early Kentucky Derby odds and through all of the eight major Derby prep races of 100 points or more, he's the only favorite to deliver. Fun fact: Not since Giacomo in 2005 has a gray horse won the Derby and only eight grays have won it since 1930.

Horse Notes: The equipment addition of blinkers has proven to be a good one, with this colt winning both races with blinkers on. His most recent effort is a Florida Derby win which earned him an Equibase Speed Figure of 112 - the highest among all three-year-olds.

Horse Notes: This $650,000 purchase enters as one of the most lightly-raced horses with only three starts under his belt: two on the turf and, most recently, a dirt try. He's bred to excel at this distance and has been blessed with a lot of early speed, which should really work to his advantage in securing tactical positioning.

Horse Notes: Finished second in terms of the Derby points leaderboard thanks to his victory in the Grade 3 Louisiana Stakes. That effort was his best yet and came against a very deep group. He showed both speed and stamina to prevail in a track-record time of 1:55 in that start, racing at 1 3/16 miles at Fair Grounds.

Horse Notes: Posted a runner-up finish in the Blue Grass Stakes after switching things up and showing off some early speed. He was only beaten by a neck from Derby favorite Essential Quality and raced very well on the lead. His speed figures to rank among some of the top horses heading into the Derby and although there are legitimate concerns at the 1 1/4-mile distance, he's raced well in his efforts routing.

Horse Notes: This colt is fresh off his first graded stakes victory in his most recent start in the Arkansas Derby, pulling off the upset over Concert Tour. He was much closer positioned in that start and proved he possesses some tactical speed. He's one of only a few horses in here not lacking racing experience, which will prove to be a big asset.

Horse Notes: Finished a very game second to Rock Your World in the Santa Anita Derby last time out. He's been at his best when setting the tempo or involved near the pace early on. He's going to have to show more but if one thing is certain, you can never count out Bob Baffert's chances.

Horse Notes: He's been second and third best to most of the major Derby players in his few tries within the Graded Stakes ranks. The upside is through all three starts this year, he's finished no worse than third and been beaten by no more than two lengths. His only victory was a comfortable front-end score in a race clearly lacking pace.

Horse Notes: His most recent performance was a disappointing one as a short-priced favorite in the Louisiana Derby. That effort was concerning as it seems he didn't have much of an excuse. If you're willing to discount that try, the rest of his lines look fine and should help to offer a nice long-shot price on Derby Day.

Horse Notes: It took three tries to break his maiden but he did so convincingly, winning by over five lengths. He followed that performance with a runner-up effort in the Wood Memorial, where he even led at the top of the stretch. Slower fractions upfront early helped him and the eventual winner Bourbonic rally late.

Horse Notes: He's won two of three races at Churchill Downs both racing around two turns. On Derby day, he will likely be hoping for a pace collapse or faster early fractions to work out a similar rallying effort as he did over a sloppy track in the Grade 3 Lexington.

Horse Notes: Another lightly-raced colt for trainer Mark Casse, with only three career starts to his name. He held his own in his first try versus graded stakes company, which was also his first try racing against a full field. We'll have to wait on his jockey replacement as famed rider John Velazquez will opt to side with another mount for Pletcher.

Horse Notes: Second best in the Louisiana   Derby working out a nice rallying effort behind the front running winner Hot Rod   Charlie. His best efforts have been from well of the pace, and it seems like the added furlongs of the Derby add to the appeal of this longshot.

Horse Notes: Went off as the longest shot on the board at 72-1 in the $750,000 Grade 1 Wood Memorial and ended up pulling off the huge upset, rallying from as many as 10 lengths back. He's another horse that has improved a lot since the addition of blinkers and should appreciate racing longer.

Horse Notes: He tried his luck at the route distance in his most recent start in the Tampa Bay Derby. This was also his first try on dirt, where he pulled off the upset working out a nice rallying effort. With only one race in 2021 and just three total career starts, he enters the Derby shy on experience but could show signs of improvement.

Horse Notes: Broke his maiden in February and followed that with a runner-up finish in the Jeff Ruby Stakes. He's one of four potential Derby entries for famed trainer Todd Pletcher but lacks experience versus top-quality colts and it's tough to gauge his progression and level of talent.

Horse Notes: Came from off the pace in the Jeff Ruby stakes with most of his prior efforts coming as the pacesetter. His most recent tries have been over the all-weather surface which is very different than the traditional dirt the Kentucky Derby will be contested on.

Horse Notes: Followed his Maiden-breaking score last year at two years old with a win against Allowance company. This year, he's passed some tired horses late in all three of his Derby prep races to earn enough points to make a start on the first Saturday in May.

Horse Notes: Ended his 2020 campaign as a two-year-old strong with a win in the Grade 2 Remsen at Aqueduct over a muddy track. He got out to a late start in 2021 and enters the Derby with only one race to his name, a fifth-place effort in the Wood Memorial. He's going to have to show drastic improvement with such little time in between his most recent start and the Derby. The odds are stacked against him to hit the board.

Horse Notes: Hit the board in both the Breeders' Futurity and Breeders' Cup Juvenile at two years old, but has not shown much progress yet into developing into his three-year-old campaign. He enters as a big-priced Derby hopeful off a sixth-place finish in the Rebel Stakes and a fifth-place effort in the Blue Grass. One positive sign was his most recent work at four furlongs in a very sharp 46.2 - the fastest of 108 works at the same distance.

Now that the field and the post positions are set, be sure to download our printable Kentucky Derby horses list to take with you on the go!

How horses qualify for the Kentucky Derby

There are a series of qualifying races for eligible three-year-old horses, also known as the Road to the Kentucky Derby, which begin in September and runs until early April. These races are mostly held in the United States, however, there are qualifying races in Japan and the United Kingdom.

These races are part of a points system that will decide the starting field for the Kentucky Derby, with some races worth more points than others. Horses are awarded points based on their performances in these qualifying events and the top 18 horses in the points standings (if the top points horses from Japan and UK opt-in) are awarded starting spots in the Kentucky Derby.

There were 36 total prep races for the 2021 Kentucky Derby, starting with the Iroquois Stakes at Churchill Downs on September 20, 2020, and wrapping at the Lexington at Keeneland on April 10, 2021.

The Kentucky Derby isn’t open to just any horse. The “Run for the Roses” is limited to thoroughbred colts and fillies racing as three-year-olds.

Three-year-old horses can be considered teenagers in terms of growth, nearly fully developed but not quite at the maturity or muscle build of the four-year-old horse. Limiting the field to three-year-old horses allows for only a handful of prep races and adds an aura of mystery to the Kentucky Derby field, serving as a coming-out party for the next generation of elite race horses.

How many horses are in the Kentucky Derby?

The Kentucky Derby is capped at 20 horses but is often raced with fewer as horses drop out or get scratched closer to Derby Day.

How many races are in the Kentucky Derby?

There is only one official Kentucky Derby race held on the first weekend in May, however, there are 36 prep races leading up to the 2021 Kentucky Derby.

How do horses qualify for the Kentucky Derby?

Horses qualify for the Kentucky Derby by racing in the designated qualifying races and recording enough points to rank among the Top 18 (if top points horses from Japan and UK opt in).

Which horse is favored to win the Kentucky Derby?

Essential Quality is the horse favored to win the Kentucky Derby at 3/1 odds.

What is a thoroughbred horse?

A thoroughbred is a particular breed of horse with a tall and slim build known for its athleticism. 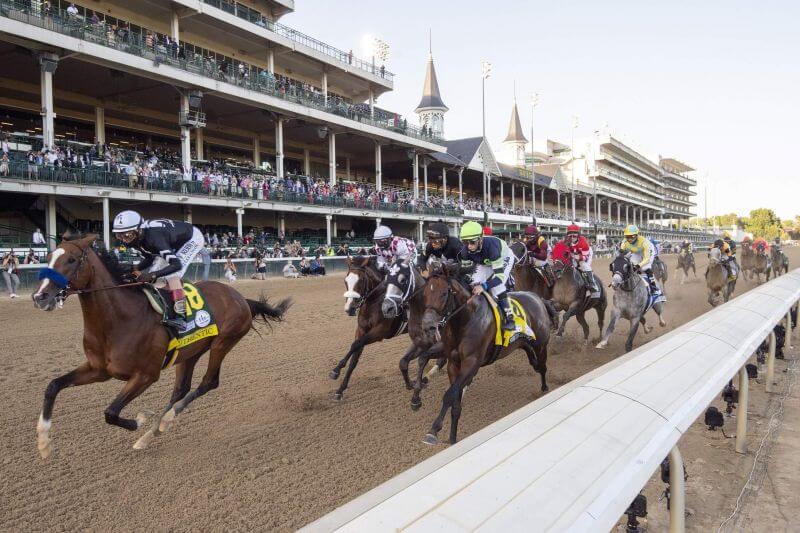