Turkey vs Italy Euro 2020 Tips and Predictions: Over the Moon

Italy and Turkey were two of the top defensive teams in Euro qualifying and will square off to begin Euro 2020. Is there enough attacking talent for Italy to find an edge in Rome? Find out in our Turkey vs. Italy tips and predictions.

Euro 2020 will, at long last, get underway on Friday, with Turkey heading to Rome to face the runners-up in 2012, Italy, in Group A play.

The Azzurri are, as one would expect, the odds-on-favorites to win Group A, but behind them will be a battle between Turkey, Switzerland and Wales to progress, with all three sides capable of going through.

Can the Crescent Stars earn a massive result in Rome to begin the tournament? Find out in our Turkey vs. Italy tips and predictions for June 11.

Yes, it's 2021, and thankfully we're rapidly leaving behind all the remnants of 2020. But this tournament is still called Euro 2020, and it kicks off with Friday's only game, Turkey vs. Italy. As of 1:30 p.m. ET, 90 minutes before game time, Italy is a hefty -239 favorite, with Turkey a distant +700 underdog and Draw +320. Italy is taking a massive majority of tickets and money, at 90 percent and 92 percent, respectively. Turkey is seeing 6 percent of tickets and 5 percent of money, and Draw is getting 4 percent of tickets and 3 percent of cash. PointsBet's Wyatt Yearout said the book is definitely rooting hard for Draw or a Turkey upset.

It will be a beautiful sunny day in Rome on Friday, with thunderstorms expected to come in during the afternoon but clear out before kickoff. At kickoff, temperatures are expected to be around 75 degrees Fahrenheit, with a 25 percent chance of rain and very little wind.

This Italy side is not like the staunch Azzurri sides of old. While they do remain solid at the back, with Gianluigi Donnarumma in goal and Giorgio Chiellini and Leonardo Bonucci (still) making up the rest of the defensive spine, there has been an increased emphasis in attack. Though they line up in a 4-3-3, they do play on the front foot by shifting to three at the back in possession when going forward. Italy's progression as an attacking side has been a natural development for a purposely youthful squad.

In their midfield duo of PSG's Marco Verratti (or Manuel Locatelli, should Verratti's knee injury keep him out) and Chelsea's Jorginho, Italy has an engine room with a complete passing range, whether they are switching play from one side to another, breaking lines on the floor or trying to go over the top. Particularly against weaker opposition, Italy will be likely to push high and leave the central part of the pitch to Verratti and Joginho, who will be able to control everything.

However, while Italy has shed their reputation as a boring, two-banks-of-four type of international side, and boasts one of the most exciting young attackers in the world in Federico Chiesa, questions still loom in attack. While Ciro Immobile has been one of the most clinical scorers at club level over the last five years, with 150 goals and a rate of 0.68 goals per appearance, he has mustered just eight goals at a rate of 0.3 per appearance over the same span for his country. Barring a Kylian Mbappe at the 2018 World Cup-like breakout from Chiesa, Italy could struggle to score goals.

In that sense, it could be a tightly contested opening match. Turkey was one of the strongest defenses in qualifying, with their three goals allowed the lowest in Euro 2020 qualification. Whether they remain with a 4-3-3 or go to five at the back, they can count on Leicester City center-back Caglar Soyuncu to be at the heart of it all, coming off a superb season in the Premier League.

With a large portion of Turkey's squad playing at club level in the pressure cooker of the Turkish Super Lig, neither the stage nor the setting will shake a resolute Turkey team. The Crescent Stars will begin the tournament over the moon with a draw.

Turkey was dealt a difficult blow prior to the tournament, as Besiktas attacker Cenk Tosun suffered a knee injury that will keep him out of the Euros after he led the team in goals during qualifying.

However, Tosun's knee injury coincided with a fantastic end to the season for 35-year-old striker Burak Yilmaz, who led the line for Lille in their shocking Ligue 1 title. Yilmaz scored 18 times in 33 appearances across competitions for the French champions, and added to his good run with a hat-trick in Turkey's 4-2 win over the Netherlands in World Cup qualifying in March.

The first match in a major tournament often produces fireworks, almost regardless of the teams taking part. It has been over 30 years since the opening game in either a World Cup or Euro went scoreless, and despite the matchup, we shouldn't expect that to change on Friday. Italy will reward home support with a goal, but Yilmaz can strike back for Turkey. 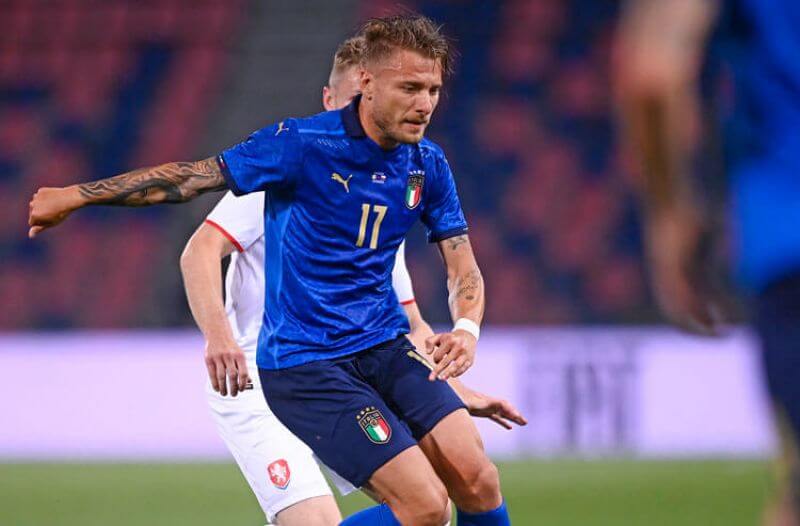 Turkey vs Italy Euro 2020 Tips and Predictions: Over the Moon
Provided by