Czech Republic vs England Euro 2020 Tips and Predictions: Time to Move On

England and the Czech Republic will face off in their final group stage game to decide the Group D winner. With both teams likely to progress, how will this one shake out? Check out our tips and predictions.

The two leaders of Group D will clash in their final group stage game at the Euros, with the Czech Republic going to Wembley to face England.

England can take the group with a win, while a draw or a win the other way will see the Czech Republic finish first. How will the group finish? Find out in our Czech Republic vs. England tips and predictions.

Rain in London will have stopped by Tuesday evening when the Czech Republic and England face off in their final group stage game. Temperatures are expected around 60 degrees Fahrenheit on a cloudy night.

The group may be on the line on Tuesday when the Czech Republic face England at Wembley, but regardless of if these sides finish first or second, a brutally difficult match awaits. The first-place team out of this group will face the runner-up in Group F (France, Germany and Portugal) in the Round of 16, while the second-place team will get the winner of that same group in the quarterfinals, provided they make it.

So, you are unlikely to see desperation from either team to secure a win and the top spot in the group, with both teams happy just to progress. The Czech Republic's contentment was shown in their draw against Croatia, when neither side showed much of a threat at all going forward after the score was leveled at 1-1.

England, similarly, have not opened themselves up to attack yet in the Euros. While it was still enough to get a goal and a win against Croatia, Scotland's ability to play through their high-press and a poor game from the midfield led to a brutal performance in their second group stage game. England won't suddenly turn into a high-flying, expansive attacking side, but they will not want a repeat of the Scotland performance ahead of the knockout stages.

One of the best teams in international soccer over the past few years, it's highly unlikely England have consecutive poor games. With progression secure, squad rotation may even lead to an attacking spark, with Jack Grealish and Jadon Sancho, among others, yet to play a big part but more than capable of providing a spark.

The final matchday of the group stage often sees slow-paced, low-scoring games run rampant, with most teams' Euro fate already sealed. Both England and the Czech Republic could rotate their squads in this game ahead of a knockout stage that both will likely be participants in. But really, regardless of the intensity with which either side plays, the Under is a safe play here.

England, even in a dominant performance against Croatia, were superb in midfield and pressing but didn't create many chances. Then, against Scotland, they were utterly lost going forward.

The Czech Republic's Euros will be remembered for the goal of the tournament, but that was a moment of brilliance in an otherwise fairly stagnant attack. The two goals on either side of Patrik Schick's halfway hit came from a poor Scotland turnover, then an awful penalty given against Croatia.

The Czech Republic and England will get through this one in cruise control. 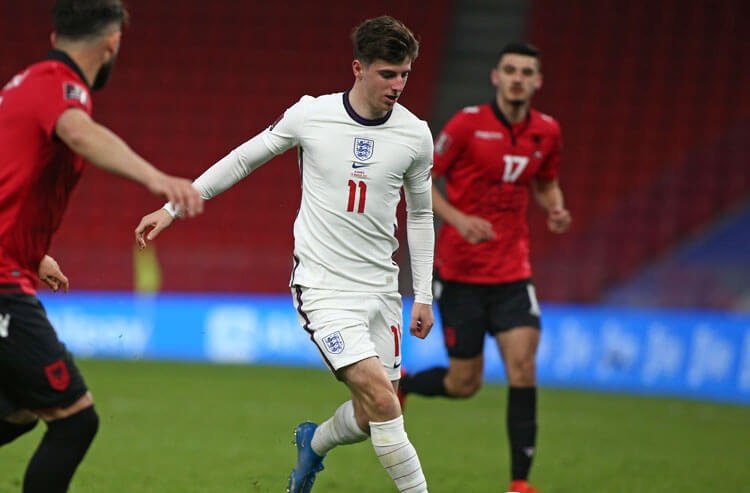 Czech Republic vs England Euro 2020 Tips and Predictions: Time to Move On
Provided by