The 2-0 Cardinals get a juicy Week 3 matchup vs. the Jaguars, who opened as 7-point underdogs. Jump on Arizona now and avoid the nasty half-point hook that's coming on the TD spread. Find out what other games you should bet now or wait on. 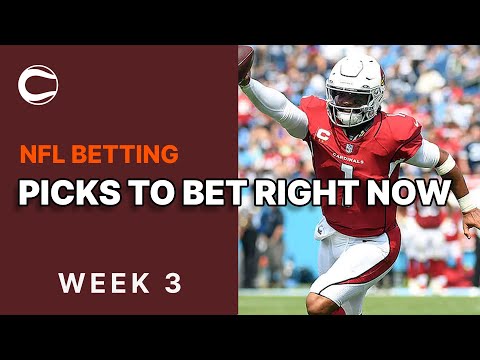 In Week 3 of the NFL season, we finally start to see teams for who they really are. It’s also the beginning of the end for football bettors.

The playing field between books and bettors is pretty level in the opening two weeks, but by Week 3 the oddsmakers’ power rankings are beginning to sharpen up and the data behind those lines is fattening.

That makes betting into the best of the number vital from here on out. We give our best NFL betting tips for the Week 3 spreads and totals to bet now, and the ones to bet later.

This spread hit the board at a touchdown with most books and quick action on Arizona moved the vig from a flat -110 to -115. The Cardinals are 2-0 and coming off a thrilling win over Minnesota in Week 2, scoring a collective 72 points in their first two outings of the season.

The Jaguars are winless, and the Trevor Lawrence-led attack has mustered a combined 34 points in both losses. On the other side of the ball, Jacksonville has given up 60 total points against… Houston and Denver. Hell, the Cardinals defense may not even need to get off the plane for Arizona to cover this one.

If you’re counting on the Cards in Week 3, jump on this spread now and avoid the nasty half-point hook on the TD spread. It’s coming.

The Steelers' defense in Week 2’s loss to Las Vegas looked nothing like the group that stuck the Bills in sand in the season opener. Maybe that had something to do with T.J. Watt’s groin injury or maybe it was because Ben Roethlisberger and the offense failed to convert on third downs — again — and left the D on the field for more than 34 minutes.

Whatever the cause, Steelers stock is down and this spread is an indication of that, sitting at the dead number of -4.5 with books waiting for the early action to tell them where to go. I predict that early play will come on Cincinnati, which should have won in Chicago on Sunday if not for a strange string of three straight INTs from Joe Burrow, including a pick-six that proved the difference maker.

Given all that, if you’re not tossing out your Terrible Towel just yet, hold off and see how low you can get Pittsburgh at home in Week 3. Late money has faded Mike Tomlin’s team the past two weeks as well, so if this doesn’t drop by midweek it very well might before kickoff on Sunday. And mind the status of T.J. Watt, who’s one of the rare defensive players that actually has an impact on the point spread (worth a point).

The Texans are in a tough spot with QB Tyrod Taylor leaving Week 2 with a hamstring injury. Not only is that a tricky ailment to heal up from given a full week to recover, but it’s almost impossible to patch that hammy in time for a Thursday night game.

Houston has already ruled Taylor out for Thursday’s game against Carolina, leaving them with rookie QB Davis Mills or… that other guy. Head coach David Culley didn’t rule out a Deshaun Watson sighting but that’s more gamesmanship than anything. Mills will be making his first NFL start and the Texans have three days to get him ready.

The Panthers are 2-0 after locking down the Saints at home in Week 2 and this defense is getting better with every game. Carolina’s pass rush has been the star of the show, with 10 sacks in two games — bad news for a rookie passer with limited prep.

At 43.5 points, this is the second-lowest total on the board in Week 3 and could be the lowest by the time Thursday night rolls around. Jump on the Under now for what could be an ugly game.

This non-conference clash pits one of the most explosive offenses versus one of the stingiest defenses… well, used to be stingy. Washington hasn’t lived up to its 2020 standard in two games this season, allowing the Chargers to throw for 334 yards in Week 1 and then gave up 29 points to the Giants last Thursday.

The Bills got their groove back versus Miami in Week 2. After getting stymied by Pittsburgh in the opener, Buffalo smacked Miami 35-0 with a tough two-way attack that featured thrilling throws from Josh Allen and sensational running from Devin Singletary. Defensively, though, the Bills kind of got bailed out by an early injury to Dolphins QB Tua Tagovailoa.

As for the WFT offense, QB2 Taylor Heinicke has played much better than folks give him credit for. He’s passed for a total of 458 yards, three touchdowns and one interception while completing 73.8 percent of his throws in 2021. Washington is coming off a 30-point effort last week and has a mini bye to help Heinicke play catch-up with the first-teamers after Ryan Fitzpatrick went down in Week 1.

This total is ticking down, dropping from 47.5 to 46.5 Sunday night. See how low it will go before pulling the trigger on the Over. 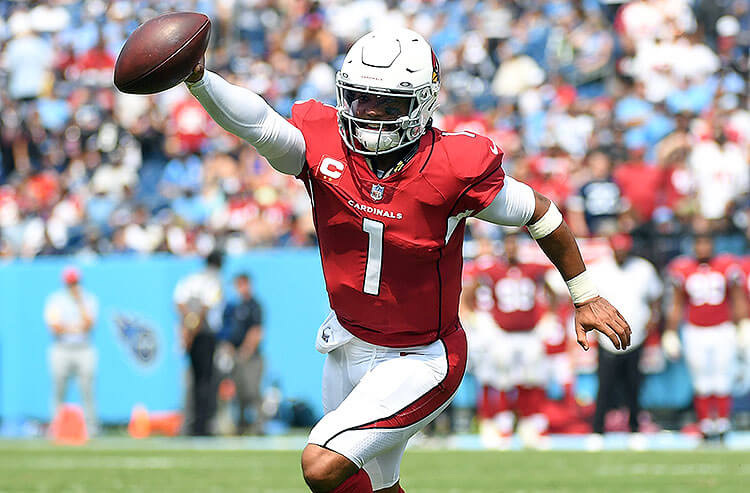