The road-weary Minnesota Vikings find themselves in a tough spot on the schedule despite facing the winless Detroit Lions. The Vikes have struggled to cover when favored, and the Lions have kept things close of late. Read more in Week 13's spot bets. 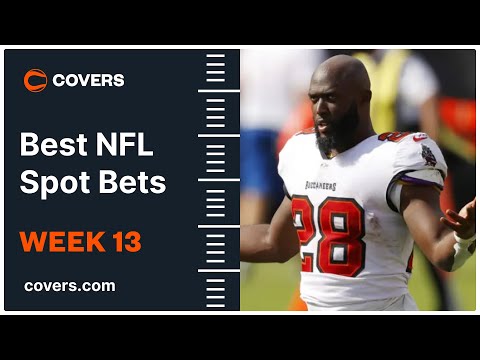 Welcome to December football. With Thanksgiving in the rearview, the 2021 NFL betting slate officially slides into winter like Tom Brady scrambling for a first down on a broken play.

With three months of results, data, and trends behind us, the Week 13 lines are pretty sharp. But if your modest models and predictive power ratings are coming up short against the spread, try shopping for that perfect spot this holiday season.

We’re talking about NFL spot bets: uncovering value hiding in the schedule. These are our top letdown, look-ahead, and schedule spots for Week 13 betting.

Funny enough, the Eagles were last week’s letdown spot playing their Week 12 game in MetLife Stadium. And here we are, Week 13, with Philadelphia about to reap the rewards of the same situational angle that did it in against the Giants in East Rutherford. It’s the Circle of Life, Simba.

The Jets picked up just their third victory of the season with a 21-14 win over Houston in Week 12’s toilet bowl. That rare scent of victory in the Gang Green locker room lines New York up for a letdown this Sunday, especially when you consider the Jets are just 5-8-1 against the spread while coming off a win since 2018, including a 0-2 ATS mark this season.

Philadelphia won’t get fooled again and returns to the scene of last Sunday’s letdown eager to get the momentum back that it left on the sod at MetLife. The Eagles, who are playing their second straight road game but take just a short bus ride to get there, are 9-4 ATS in their last 13 outings when coming off a blown cover.

While we may have the Buccos installed as our look-ahead spot to watch, Tampa Bay faces a mean situational sandwich in Week 13. Here’s what's jammed in there:

The Buccaneers make their way to Atlanta for their second straight road game and fourth roadie in the last five outings (Week 9 bye in there too). That’s coming off a thrilling come-from-behind win at Indianapolis that otherwise could have served as a letdown spot, as Tom Brady & Co. battled back with a 24-7 second-half margin on Sunday.

The Falcons don’t pose much pushback, as you can see with this spread jumping from as low as Tampa -9.5 to as high as -11. And that could lead the Bucs to look past their floundering NFC South foe and to Week 14 heavyweight bout with the Buffalo Bills at home – a potential Super Bowl preview.

The Bucs got a late touchdown to cover the field goal spread in Indy this weekend, but that was just the first time Tampa Bay has come through for bettors away from Raymond James. This team is 1-5 ATS as a visitor in 2021 and 1-3 ATS when laying more than a touchdown on the road since Brady showed up in sunglasses and Bermuda shorts. Beware the Bucs' look-ahead with all those points in the way.

Minnesota has a mutha of a schedule spot in Week 13. The Vikings will be playing their second straight away game and their fourth road outing in the last five weeks (including two trips to California) when they roll into Motown, giving the feisty Lions a touchdown inside Ford Field. Also working against the Vikes on this road-rash of a sked is another shoulder injury to stud RB Dalvin Cook, who was carted off the field in Sunday’s loss at San Francisco.

Detroit is still winless after another painfully close game on Thanksgiving Thursday, but has enjoyed the mini bye to recover and is ready for another run at that elusive W. These NFC North foes seem made for each other. Minnesota has seen all but one of its 11 games be decided by a single score and Detroit has played in six such games – three straight - if you include that stupid tie game in Week 10.

Minnesota is just 1-8 ATS in its last nine games as a favorite and 3-6-1 ATS in its last 10 when giving a touchdown or more. The Lions have covered in four of their last five contests and barring the decision to go full tank mode the rest of the way, Dan Campbell's crew will get help from the schedule against the road-weary Vikings.