The Cincinnati Bengals opened as slight favorites over the Los Angeles Chargers, but the line is too modest to pass up. Bengals RB Joe Mixon gets a cake matchup against the league's worst run D. This and more in our NFL "Bet Now, Bet Later" for Week 13. 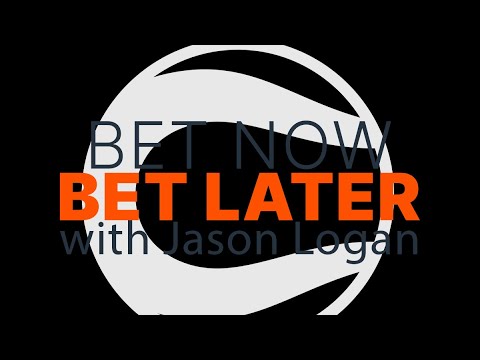 With the 2021 NFL betting calendar entering December, books and bettors know exactly who they’re dealing with.

Oddsmakers now have three months' worth of data coursing through their icy veins, which means getting the best of the NFL spreads and totals takes cunning and perfect timing. And there are plenty of options on the table based on current NFL Week 13 odds.

That’s where our Week 13 “Bet Now/Bet Later” betting analysis comes in: predicting early moves and public perception in order to pinpoint the optimal time to place your wagers. Check out our top spreads and totals to bet now and the best NFL lines to bet later.

Cincinnati staked its claim in the AFC North race by embarrassing the Pittsburgh Steelers in Week 12, beating up on an overwhelmed Steelers team on both sides of the ball. The Bengals defense had three sacks, six QB hits, and two interceptions, and two forced two fumbles (recovering one) from Ben Roethlisberger, pretty much putting a nail in Big Ben’s career.

Offensively, Cincinnati rolled out a Thanksgiving-worthy feast of offensive weapons with QB Joe Burrow hitting nine different targets for a modest 20-for-24 passing effort and 190 yards while RB Joe Mixon picked up gains at will, finishing Sunday with 165 yards on 5.9 yards per carry and two touchdowns.

That dominance on the ground will come in handy against the Los Angeles Chargers and their league-worst run stop in Week 13. The Bolts were beaten up by the Denver Broncos 28-13 and rolled for 147 yards on the ground this Sunday. Los Angeles also plays its second straight road game in this 1 p.m. ET kickoff (10 a.m. PT) in what should be some cool Ohio winter weather.

The lookahead line was Bengals -2 and that ticked up to -2.5 with the official Week 13 opener. Some books are already dealing -2.5 (-115), which indicates a potential move to a field goal if early money lands on Cincy. And honestly, Cincinnati -3 isn’t a bad line, either as this could quickly climb past the key number.

Blow the dust from the “Andy Reid off a bye week” stats with the Chiefs fresh from their Week 12 hiatus and riding a four-game winning streak into this AFC West war in Week 13. If you’re interested, Reid is 19-3 SU and 14-8 ATS off a bye as a head coach since 1999, but that trend has lost a little steam in recent years.

Books opened with Denver as big as a 10-point road underdog, and while some spots have dipped to +9.5 following the Broncos’ win over the Chargers, this spread will go back up once the public comes to play. If you’re down with Denver, wait it out and make sure you’re getting +10 or more.

The Broncos have won three of their last four, allowing a grand total of 39 points in those victories. The Chiefs haven’t exactly been, well … the Chiefs on offense. Kansas City has scored 20 or fewer in four of its last five games and is just 3-9 ATS as a favorite of more than a touchdown the past two seasons, including a 2-5 ATS mark as double-digit chalk in that span.

The Buccaneers have posted a combined total of 68 points in their last two outings, so a good chunk of this Over/Under is banking on Brady & Co. to score the lion’s share of the points. However, Tampa Bay’s defense has shone the past two games … well one and a half.

The Bucs did give up 31 points to Indianapolis on Sunday, but they slammed the door for just seven of those tallies in the second half and finished Week 12 with five takeaways. That’s bad news for the turnover-prone Falcons, who have 14 interceptions on the season (third-most).

Atlanta’s offense is a mess, putting up 21 points against Jacksonville on Sunday but amassing only 24 total points the past three games. The Falcons sit dead last in EPA per play since Week 8 (-0.272). These NFC South foes have topped the total in seven straight meetings, including a Week 2 shootout, but with this total opening as high as 51 points and slimming to 50.5 (Under -115) at some shops – and others sitting as low as 50 – grab the Under with as many points as you can right now.

The Eagles’ soaring offensive attack was grounded by the Giants in Week 12, losing 13-7 in an ugly performance from Philadelphia QB Jalen Hurts, who tossed three interceptions. But while Philly finished with a lonely touchdown, it did out-yard New York 332-264 and picked up 5.1 yards per play – leaving those gains to get snuffed out by four total turnovers.

The Jets aren’t a dangerous defense by any means, sitting near the bottom of the takeaways chart. And despite limiting the Texans to 14 points in its Week 12 win, New York is still dead last in EPA allowed per play (+0.168). The offense showed some flash with Zach Wilson back under center – going 2-for-4 in the red zone – and the ground game picked up 157 yards with the run.

This total hit the board as big as 46.5 points early on Sunday night and has since dipped to as low as 44.5 at some online shops. Philadelphia has gone Over in four of its last six and if you like this final score to top the total as well, wait and see how low it will go.

NFL Week 13 Bet Now or Bet Later: Grab the Bengals Below the FG Now
Provided by