Our Raiders vs. Bengals prop picks highlight a Darren Waller return-to-form game, Joe Burrow being limited by Crosby and the Raiders pass rush, and more. Continue reading to find the best prop betting angles for this Wild Card matchup. 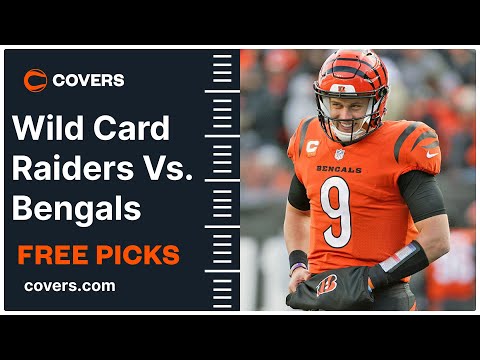 Both the Las Vegas Raiders and Cincinnati Bengals will be riding into Thursday’s cold Wild Card game with a quarterback and a head coach with zero playoff experience. The Bengals opened as 6.5-point favorites but sharp money has moved that line down to -5.5 which is more of a lack of confidence in the Bengals than a vote for the Raiders.

Can Joe Burrow stay upright versus this Vegas pass rush? Can the Raiders move the ball with vanilla quarterback and running back play? Find out in our free player props and predictions for the Raiders vs. Bengals.

Canada: Joe Burrow and Derek Carr to both throw for 250+ passing yards boosted to +250 at Betway! Claim Now

Say it ain’t so, Joe

These two teams met in Cincinnati back in Week 11 in a game that was a lot closer than the 32-12 score suggested. Neither offense managed more than 290 total yards and both quarterbacks struggled to rack up numbers. Joe Burrow had his lowest yardage output of the season at 148 yards despite completing 69% of his passes. The Las Vegas pass-rush makes life difficult for opposing QBs.

The Raiders sit third in the league QB knock-down percentage yet they blitz at the lowest rate in the NFL. Maxx Crosby ranks as Pro Football Focus’ No. 2 pass rusher and his ability to create pressure with Vegas dropping seven in coverage is making it difficult for opposing QBs to get big yards. Over the last three weeks, the Raiders have held quarterbacks to just 211 passing yards per game and that includes holding Justin Herbert to just 6.0 yards per attempt last week which was an eight-week low for the Chargers’ QB.

Joe Burrow’s stock seems to be at a season-high after nearly 1,000 yards passing in Weeks 16 and 17. But the Bengals’ QB is dealing with a knee injury and has seen his yardage total start to slip after opening at 262.5 yards.

Indoor Derek Carr should keep the Bengals from falling behind too big and abandoning the run. The Raiders did a great job at keeping Ja’Marr Chase in check in the previous meeting as he finished with just 32 yards on three grabs. The Raiders are one of the best pass defenses at stopping big pass play as their 7% defensive explosive pass rate ranks third in the league.

Burrow’s mobility will be a big factor against this pass rush and with so many players in coverage for the Raiders, big yards will be tough to find. Burrow had an average passing total of 263 yards this season and closed at 264.5 yards versus the Raiders in Week 11 after opening at 272.5.

The Great Wall of Darren

Only four other teams allowed more yards to opposing tight ends this season than the Bengals at 64 yards per game while Darren Waller finished with a game-high seven catches for 116 yards in the previous meeting back in November. Waller racked up the majority of these yards in what was a mostly neutral game script with the Raiders entering the fourth quarter trailing 13-6.

Waller played his first game since Week 12 last Sunday night and finished with a team-high nine targets. Derek Carr wasn’t at his sharpest so Waller finished with just two grabs and 22 yards, but with another week removed from his knee injury, Waller should be the focal part of this passing offense yet again.

The Bengals are susceptible to the big pass play as they rank 29th in explosive pass play rate and have given up the third-most passing plays of 15-plus yards. Waller had four grabs of 20-plus yards in the Week 11 meeting.

Waller’s receiving total of 59.5 might seem high after it opened at 48.5 last week, but that was his first game back from a multi-week injury. Before the injury, Waller’s receiving yard total closed at 70.5 yards versus the Cowboys and this week's 58.5 yards is the lowest pre-injury number since Week 6. In the last meeting, Waller’s total opened 11 yards higher at 70.5. We’re hoping we get the accurate Carr Saturday.

If you’ve ever watched an entire Raiders game then you know watching Josh Jacobs run for two or three yards is a common occurrence. He somehow finished with 132 yards last week but gained over 60 of those in the extra frame. Jacobs averages just 4.0 yards per carry which ranks 39th amongst running backs and still dealing with a rib injury which has us low on the Raiders’ running back. Entering as an underdog is also negative.

His rushing total opened at 60.5 yards which is a season-high for the former Alabama back. Jacobs managed just 31 yards on nine carries in the Week 11 meeting and heading into Week 16, Jacobs had topped 60 yards rushing just twice in 12 games from Week 1 through Week 15. Las Vegas sits 30th in explosive run rate and has the second-fewest runs of 10-plus yards in football. This is not a good running team.

Cincinnati is an average team against the run in success rate and EPA/play but proved they can slow down this Las Vegas run game as it held the Raiders to 72 yards on 18 carries in Week 11. Carr struggled to pick up first downs (1 for 7) which handicapped the run game. With the cold weather and last week’s performance, we aren’t sure Carr is going to improve significantly on these numbers.

We’re hitting the Under on the plodder’s rushing total of 60.5 yards. Vegas sits 27th in yards per carry on the season and Jacob’s output from last week is a little misleading.

Same-Game parlay for Raiders vs Bengals

The majority of same game parlays are -EV plays but that doesn’t mean they aren’t great bets from a recreational standpoint and can add to the excitement of the game.

Joe Mixon has scored 16 TDs on the season and scored two in the previous meeting.

The Las Vegas red-zone offense looked unimaginative last week and went 1 for 3 in the RZ in the previous meeting. Daniel Carlson has made more field goals than any other kicker in football and should be good for at least seven points.

The combination of these two “points” props combined with an Under of 48.5 gives us a better multiplier due to their correlation. However, one touchdown and some field goals aren’t that detrimental to the Under in what we think will be a conservative game between two first-time playoff QBs and head coaches. 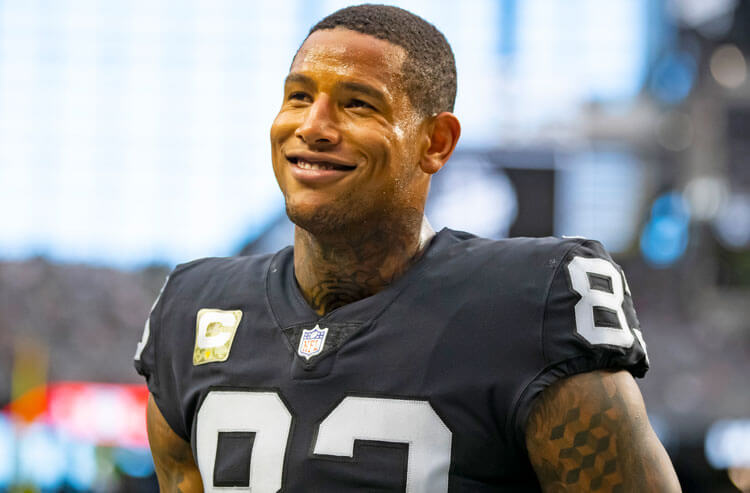