A week off can be a blessing or a curse to some NFL teams.

The NFL season is a grueling marathon, which is why the schedule makers hand out bye weeks, giving teams a chance to rest up, get ready for the home stretch, or even reset.

These breaks in the schedule come with advantages and disadvantages for those betting on NFL action each week. Here are some tips for handicapping bye weeks in 2021.

With the NFL expanding to an 18-week schedule in 2021, the league hands out bye weeks between Weeks 6 and 14.

The bye week is a pause in the action for the recipient, allowing teams to have a whole week off from game planning and prep before heading into the next week of action — totaling two weeks between games.

Bye weeks are mostly positive for teams, allowing them to rest, get injured players healthy, and giving coaching staff added time to build on strengths and fix weaknesses. Players get a much-need respite from the constant pounding of football and can recharge their batteries before the final stretch of the season.

That said, sometimes a bye week can come at the wrong time. If a team is beginning to build momentum and chemistry, a week off can cool that red-hot play and leave the team struggling to find that same energy after the break.

There are some key points to cover when handicapping NFL bye weeks, and bettors should always measure the odds against those circumstances.

Injuries are priority No. 1 when handicapping any team coming off the bye week, recognizing which impact players could return on either side of the ball and how that may influence the final score. Also, pay attention to any groups getting healthy, like offensive lines or secondaries, and how the team managed to perform with those areas thin before the bye week.

NFL bettors should also research any changes or adjustments the coaching staff may make following a bye week. Teams may tinker with their tempo, look to work in more passing plays, or be more aggressive with the blitz, which can drastically differ from how they performed before the break.

Remember to look back and measure how a team was playing before the bye week and if the break will alter that. NFL teams on a losing skid may come out of the bye week with a different plan and mindset, or teams on a hot streak may have cooled due to the hiatus in action.

A brief break in the action can be a blessing or a curse to some teams, and NFL bettors will want to examine how the bye week can impact the results closely. Here are some NFL bye week betting tips and strategies to keep in mind for these situations:

Some coaches have consistent success coming off the bye week, whether it be their extra prep or keeping their players and staff focused during the pause in the action. Be sure to comb through a coach’s record SU and ATS when coming off a bye.

Bye weeks are so valuable to teams because they allow them to heal and rest and possibly return some key players who have missed time in previous weeks. Take a good look at the injury report before a bye and after. Look to see where teams are getting stronger, thanks to the time off.

A bye week can give a losing team a much-needed pause in play to snap a skid and refocus on the game ahead. However, byes can also come when a team is on a roll and cool some red-hot momentum. Use our scores and matchups pages to look at teams’ recent results.

Betting trends will build up over the years. Take a good look at these patterns and dissect if they apply to this year’s team and this particular bye week situation.

Teams to bet on

Sizing up the 2021 NFL schedule, we can find a few teams that could be solid bets coming out of their bye weeks:

Philadelphia Eagles (bye week: 14 vs. Washington week 15): This new coaching staff gets a break right before the season’s final four games - all of which come against divisional foes. The week off will allow the Eagles to make some critical adjustments before a late-season postseason push.

The bye week isn’t always a good thing and could spell doom for these teams coming off a break at the wrong time:

Chicago Bears (bye week: 10 vs. Baltimore week 11): The Bears get cheated out of an extra day off with their bye, having to play on Monday night in Week 9. On top of that, if Chicago continues to struggle, there could be a significant overhaul in coaching staff by the Week 10 break, allowing the team to get interim coaches in place before riding out a rough rest of the season.

New York Giants (bye week: 10 at Tampa week 11): If it wasn’t bad enough that the Giants have to play the defending Super Bowl champs on the road coming off the bye, that unlucky draw is compounded by the fact that New York is 14-20 SU and 13-21 ATS off a bye going back to 1987.

Once you've identified a bye-week game you want to bet on, use our NFL odds comparison tool to track the odds of your teams across multiple books to get the most favorable odds for your bet.

The NFL gives each team a week off with no games every season between Weeks 6 and 14 of the season. This week off is referred to as a “bye week.”

Each team gets a week off during the NFL season. They occur between Weeks 6 and 14 of the season.

On average, teams have won 57.2 percent of their games straight up after coming off a bye week since 2011. The New England Patriots are the best during that window, going 14-4-0. 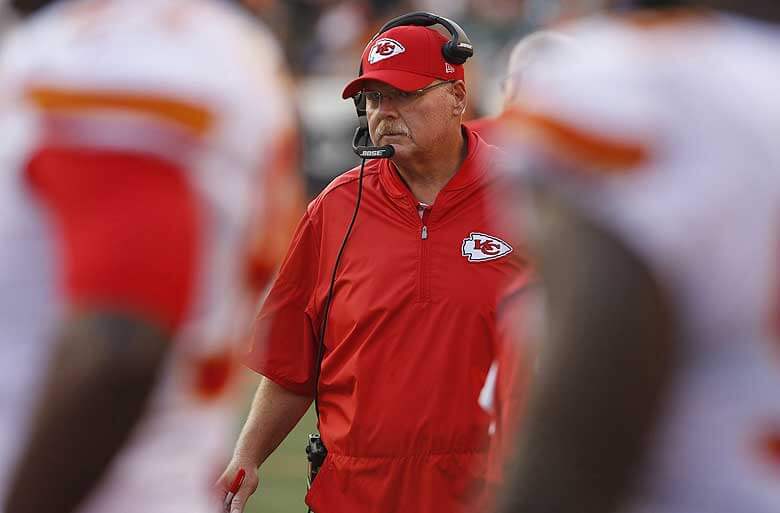