Philly took advantage of a soft schedule in order to sneak into the playoffs, but a date with Tom Brady and the defending Super Bowl champion Buccaneers may be too much for the Eagles to handle — as our Eagles vs. Buccaneers Wild Card picks break down. 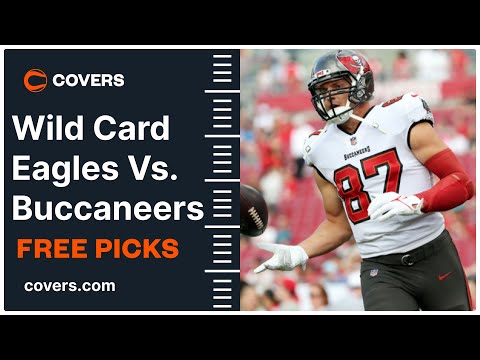 The Philadelphia Eagles swap out the winter coats for sunglasses and shorts when they head to Florida to face the Tampa Bay Buccaneers in the NFC Wild Card Round.

These teams tangled back in Week 6 with Tampa Bay dominating the bulk of that 28-22 Thursday night matchup but allowing a late Philadelphia touchdown to soil the spoils for Buccaneers bettors as 7-point road favorites. This time around in the NFL Playoffs, the Bucs are giving 8.5 points to the Eagles inside Raymond James Stadium on Sunday afternoon.

Before you place our Wild Card bets, check out our free NFL picks and predictions for Eagles at Buccaneers on January 16.

Tampa Bay opened as low as -7 on Sunday night while some books posted an opener as high as -9.5. This spread eventually settled in at Bucs -8.5 with some shops ticking up to -9 as of Wednesday morning. The total hit the board as big as 49.5 points and has since slimmed to 48.

Since Tom Brady came to Tampa Bay, the Buccaneers are 12-5 ATS at home and 7-3 ATS when giving more than a touchdown in Tampa. Find more NFL betting trends for Eagles vs. Buccaneers.

Eagles vs Buccaneers picks and predictions

The biggest battle on Sunday will come on the ground, with Philadelphia’s RPO-heavy attack going up against the Buccaneers’ run stop unit.

Tampa Bay has long been one of the best rushing defenses in the NFL and ranks fifth in EPA allowed per rush (-0.117) and No. 4 in Run Defense DVOA at Football Outsiders. They checked the Eagles to 100 yards on 19 carries in Week 6 – granted that came at a time in which head coach Nick Sirianni seemingly forgot you could run the football. But 46 of those ground gains came on that late fourth-quarter drive that scored a backdoor cover for Philly fans.

With Tampa Bay taking the “R” out of the Eagles’ RPO plans and Philadelphia more than likely playing from behind (-400 Bucs moneyline means an 80% implied win probability), the weight shifts to the inexperienced and inconsistent arm of QB Jalen Hurts. He was able to puff up his passing numbers against some shoddy secondaries in the home stretch but might not even be the best QB on his own team (we see you Gardner Minshew).

Hurts will feel the heat from a Bucs defense that blitzes more than any other stop unit (40.8% of dropbacks) and brings the second-highest pressure rate in the NFL (28.6%). Tampa Bay is also expected to have linebackers Shaquil Barrett and Jason Pierre-Paul back for the Wild Card and Lavonte David is reportedly close to returning as well.

I projected this spread in the range of Buccaneers -10/-10.5 before the official Wild Cards odds opened and pegged the touchdown opener on Tampa as my “Bet Now” spread of the opening round of the postseason Sunday night. Even with this line up to -8.5, the Bucs are the bet at home.

The Eagles walked out on Week 18 with COVID aiding in the tank of a meaningless game against the Dallas Cowboys. And while Philadelphia was short-handed on both sides of the ball, it still gave up 56 points to Dak Prescott and the Cowboys attack.

To say this matchup with Tom Brady – and playoff Tom Brady mind you – is a step up in competition would be an understatement. This is like Jake Paul touching gloves with Tyson Fury.

Even with the Bucs receiving corps gutted in recent weeks, Brady has more than enough to work with. And with the potential return of pass-catching RBs Leonard Fournette and Giovanni Bernard, this Philly stop unit won’t know what hit it.

Tampa generated 101 total points in the final three games of the regular season – 73 of those against a sound Carolina defense – and has posted 30 or more points in six of its last eight outings. The Wild Card is the healthiest this group has been in a while. On top of being a great home bet, the Buccaneers are also a great Over play inside the pirate ship, with a 5-3 O/U mark this season.

The Eagles manifested a second-half surge into a postseason spot thanks in large part to a marshmallow-soft schedule down the stretch.

Philadelphia played just three of its final seven games away from home and those trips didn’t cost more than a tank of gas (including return) with two tilts in East Rutherford and one to DC. That also meant plenty of green shirts in the stands for those “away” games to play the Jets, Giants, and Washington.

Now, the Eagles venture into pirate waters for a Wild Card clash with the defending Super Bowl champs and a pumped-up pewter-clad crowd in Tampa. The Buccaneers are the prominent home team in the NFL, ranked No. 1 in average scoring margin as a host at +16.1 points and boasting a 6-2 ATS count inside Raymond James this season.

In fact, in two seasons with Tom Brady on the payroll, the Bucs are a collective 12-5 ATS at home and 7-3 ATS when giving more than a touchdown in Tampa. 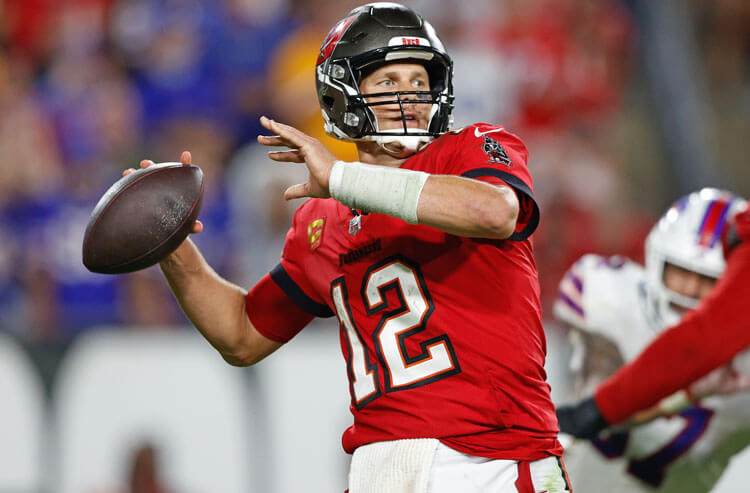 NFL Draft Odds 2022: Pass Rushers and Blockers at a Premium
Chris Gregory | Jan 18, 2022
About Us
Contact Us
Careers
Our Team
Brand
Testimonials