Buccaneers vs Saints Divisional Round Picks and Predictions

Legendary quarterbacks Tom Brady and Drew Brees battle for the third time this season when the Tampa Bay Buccaneers visit the New Orleans Saints in the NFC Divisional Round of the NFL playoffs Sunday.

New Orleans, which won and covered in both meetings with Tampa Bay in the regular season, opened as big as a 4-point home NFL betting favorite, but has since dropped to -3 with early action on the visitor. The Saints defeated the Bucs 34-23 at home in Week 1 and delivered a 38-3 blowout at Tampa in Week 9.

Here are our NFL free picks and predictions for Buccaneers vs. Saints on January 17.

This game will be played indoors at the Mercedes-Benz Superdome. Be sure to monitor the gametime conditions of other Divisional Round matchups with our NFL weather info.

New Orleans is 7-1 ATS in its last eight games as the betting favorite. Find more NFL betting trends for Buccaneers vs. Saints.

You might think it would be a tough test to beat a team three times in one season, but since the NFL playoffs expanded in 2002, teams looking to avoid an 0-3 sweep are just 2-5 SU in that third matchup. And the Saints have been here before, feeding Carolina a 0-fer in their 2018 trilogy.

New Orleans handed Tampa Bay’s vaunted defense its two largest point totals of the year, scoring 34 and 38 points in those two victories. The Saints just returned offensive weapons RB Alvin Kamara and WR Michael Thomas in the Wild Card Round, with both skill players finding the end zone and combining for 189 total yards on the day.

New Orleans slow-played the Chicago Bears defense all game last weekend, totaling just 21 points on 385 yards, but dominating the football for close to 39 minutes of possession. In the end, the Bears buckled for 14 second-half points and it put pressure on a shaky passing playbook to produce.

While the Week 1 result between these NFC South rivals doesn’t hold much water (especially being Brady’s first game action with a new team), their Week 9 meeting does. The Saints employed a similar approach to that win over the Bucs as they did in the Wild Card, grinding to a plodding pace and consistently picking up first downs to milk more than 40 minutes of sweet, sweet TOP.

That left Tampa Bay with less than 20 minutes of offensive touches, which meant ripping all the rushing calls out of the playbook (ran just five times) in Week 9. In doing so, it made the Bucs’ attack very one-dimensional, and that pressing vertical-route running fell right into the hands of the Saints secondary (three interceptions) and allowed NOLA to bring the heat with the pass rush (three sacks), with little fear of Tampa Bay’s run game-breaking off big gains.

The Bucs are playing better football right now than they were in early November and while it got a scare from Washington in the Wild Card Round, there’s no shame in that (WFT were better than most gave them credit for). However, since this line started dropping, you have to like the host – who has handled this opponent twice already – at the cool field goal.

If you remember that Week 9 matchup with the Buccaneers or watched the Saints’ win over Chicago last weekend, expect a similarly methodical approach from New Orleans this Sunday. The Saints ran 1.92 plays per minute of possession versus the Bears - a downtick from their season average of 2.12 plays/min. On the season, New Orleans ran the fourth-slowest offensive pace, with a snap every 28.83 seconds.

The Bucs know they can’t afford to give Brees & Co. any offensive momentum and should try to play the pace game as well, in an attempt to keep the ball out of Brees’ hands. But Tampa does have some soft spots in the run game with Ronald Jones II and LeSean McCoy questionable, and guard Alex Cappa out for the postseason with a broken ankle. As well, New Orleans is and has long been one of the premier run-stop units in the league. The Saints finished No. 2 in rushing defense DVOA (behind the Bucs at No. 1).

The bulk of the gains will be on Brady, who thrives on throwing the big play. He ranks tops in intended air yards in the NFL with 5,539 and the Bucs hit 67 passing plays of 20 yards or more (third-most in the league). However, in two games against NOLA, Brady owns a passer rating of 58.8, completed less than 61 percent of his throws, averaged just over six yards per attempt, was sacked six times with a TD-to-INT count of 2 to 5.

Tampa Bay did well to protect him against the Washington pass rush last Saturday, but the Saints are also among the most disruptive defenses, with a pressure percentage of 25.6 and 45 sacks despite blitzing less than 32 percent of the time. And if the Bucs can’t budge the Saints’ run stop, New Orleans could crank up the intensity as the game goes on.

Brady vs. Brees is a sexy matchup that will put butts in the virtual seats, but the real showdown is between these two top stop units.

He attempted 39 passes versus the Bears last Sunday, going above his season average of 32.5 pass attempts per game, but boasted efforts of only 30 and 32 throws in the two matchups with the Bucs in the regular season.

A methodical approach and plenty of Kamara – as well as looking to protect Brees from a very good Tampa pass rush – could see his passing reps dip in the Divisional Round. New Orleans has handed off on almost 52 percent of its offensive snaps over the past three games, up from a season average of 47 percent.

The hype around the showdown of future Hall of Fame QBs could drive this prop number up, so we’re going Under Brees’ total number of pass attempts this Sunday. 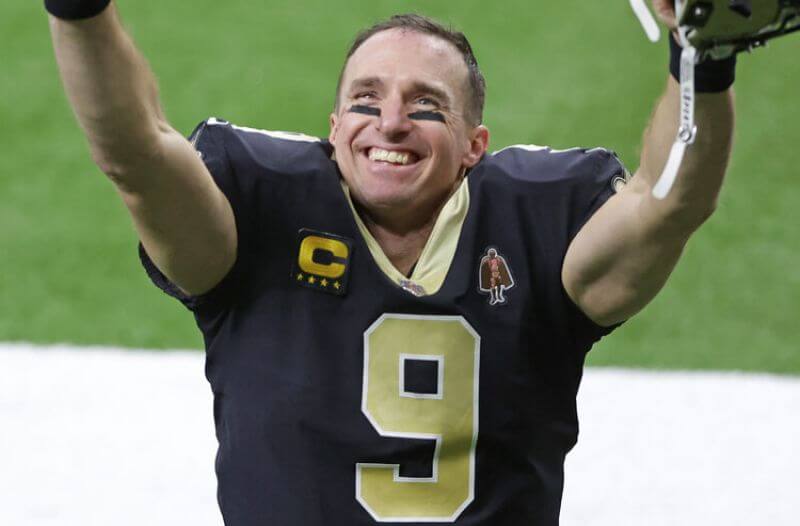 Buccaneers vs Saints Divisional Round Picks and Predictions
Provided by 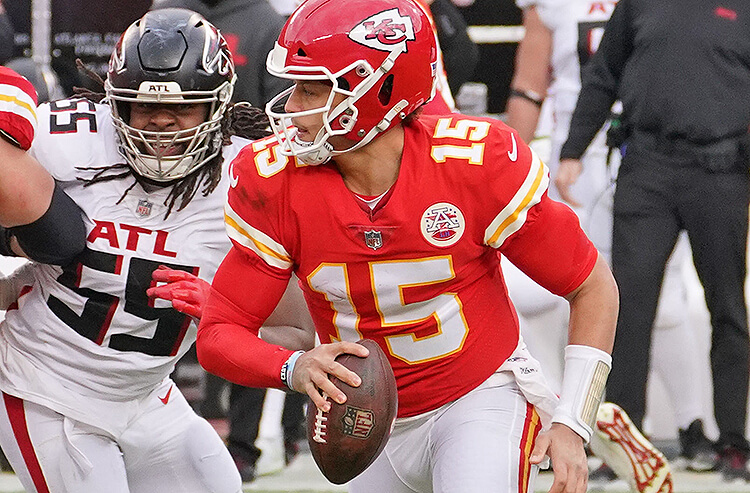 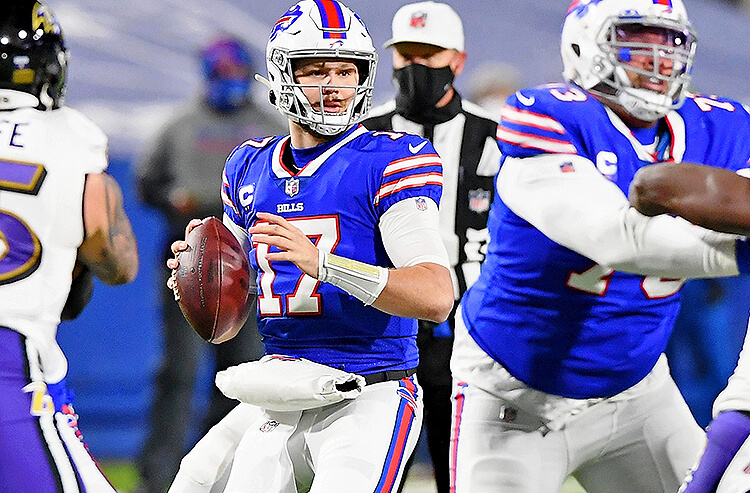