Oregon State vs Utah Picks and Predictions for December 5

The Pac-12 has been something to behold this season, which is one of the reasons why college football betting can be a roller coaster when you’re looking at games out West. Stanford and Cal are terrible. Colorado might be great. USC is lucky to be undefeated. And Utah has been a disappointment.

The Utes battled COVID-19 issues for weeks before finally taking the field, and all they’ve done since then is drop their first two games of the season. Now the challenge for Utah is to take care of business at home against an Oregon State team coming off a stunning win against arch-rival Oregon.

Here are our best college football free picks and predictions for Oregon State at Utah, set for Saturday, November 5 in Salt Lake City. Kickoff is scheduled for 10:30 PM ET.

Baby, it’s cold outside. At least it will be on Saturday night. Look for a temperature of 28 degrees with wind out of the west at 4 mph and no showers in the forecast. Be sure to monitor the gametime conditions with our NCAA football weather info.

The Beavers are 6-0 ATS in their last six games as an underdog. Find more NCAA betting trends for Oregon State vs. Utah.

Oregon State pulled off one of the bigger upsets of the season last Saturday when the Beavers scored 22 points in the fourth quarter to stun Oregon 41-38. QB Tristan Gebbia went 23-37 for 263 yards and a score before leaving the game on crutches in the fourth quarter with a hamstring injury. Oregon State Head Coach Jonathan Smith initially said he thought his starting quarterback would be fine, but reports out of Corvallis are that the injury is worse than previously thought. If Gebbia can’t go, then Chance Nolan will get the call.

The Utes had high expectations coming into this season – despite the shortened Pac-12 slate – but they’ve had a lackluster run thus far. The Utes are now 0-2 on the year after falling to Washington 24-21, and quarterback Jake Bentley must find a way to improve. He threw for only 144 yards and tossed two interceptions, part of a four-turnover effort against the Huskies.

Bettors immediately jumped on the early number with news that Gebbia likely won’t play this weekend, but Oregon State has an absolute star in running back Jermar Jefferson. Utah is playing sloppy football right now and this is far too many points for an 0-2 team to be laying at home.

Utah’s trademark defense gave up a 21-point lead before falling to Washington, but the Utes should fare a least a bit better against a backup quarterback and a Beavers team that will make sure Jefferson gets plenty of carries.

The Under is 3-0-1 in the last four meetings between these teams and Utah is only averaging 19 points per game.

Bentley has thrown 36 interceptions in 36 college games in his career: he’s a turnover machine.

Oregon State gives up more than 32 points per game on defense, but until I see any significant production from the Utes, I’m fading their offense. 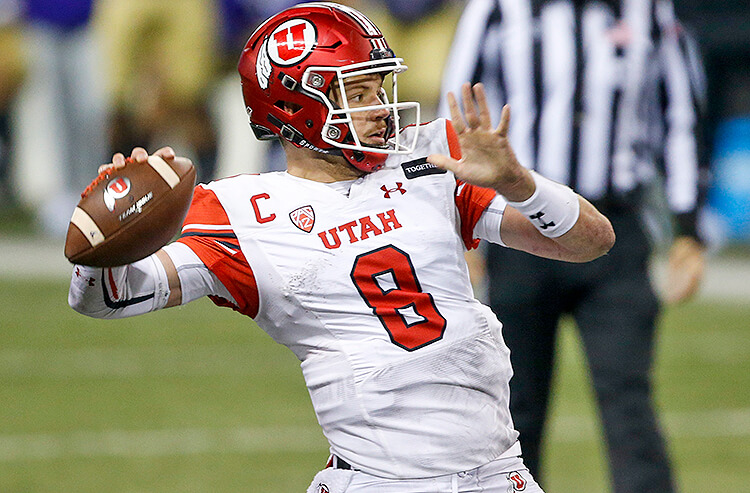