The red-hot Minnesota Timberwolves welcome the Miami Heat on Wednesday. While Karl-Anthony Towns and the Wolves have been rolling lately, their rebounding leaves a lot to be desired. We highlight that and more in today's NBA player prop picks.

There is a loaded NBA schedule on the eve of Thanksgiving, with a whopping 13 games on the schedule tonight. That means there is plenty of player prop betting value on the board.

Speaking of boards, we look at a pair of rebounding props today, with Wendall Carter Jr. getting a buzz-worthy matchup against the Hornets, while it may be a tougher day of work ahead for Karl-Anthony Towns as the Timberwolves welcome the Heat to town.

Those and more in our NBA prop picks for Wednesday, November 24, as we bank on some of the NBA's best to do their thing.

No buzz on the boards

Led by a superstar in the making in LaMelo Ball, the Charlotte Hornets are one of the most exciting young teams in the NBA. Buzz City has won six of its last seven games and it’s not shocking to see them favored by 7-points in Wednesday’s road matchup against the Orlando Magic.

But one area where the Hornets need to improve is on the glass. Charlotte ranks dead last in the NBA in rebounding percentage and second-to-last in opponent rebounds per game. While the Magic are still in the early stages of their last rebuild, one thing they can do is rebound the basketball.

Wendell Carter Jr. and Mo Bamba lead the way for the Magic when it comes to cleaning up the glass, hauling down 9.3 and 9.1 rebounds per game respectively. For this bet, we are going with Carter.

Carter has the edge in total rebounding over Bamba when it comes to both per 36 minutes and per 100 possession averages. He has had double-digit rebounds in eight games this season, including in an earlier matchup against the Hornets. Plus, he is giving us the best value at +110.

A dino delivers from deep

The Toronto Raptors visit the Memphis Grizzlies in a matchup of the coolest throwbacks that are not worn anymore.

The Raptors are on quite the slide right now, dropping seven of their last nine games while the Grizzlies have won three of their last four games behind some strong performances from Ja Morant.

While the Grizzlies have bounced back, their defense still leaves something to be desired. Memphis ranks dead last in the NBA in both defensive rating and opponent points per game, allowing 114.9 per game. But where they really struggle is on the perimeter.

The Grizz allows the 18th most attempts from beyond the arc per game while allowing opponents to shoot 40.1 percent from long range. That is the worst opponent 3-point percentage in the NBA. That should mean plenty of opportunities for Gary Trent Jr. who has stepped up in the absence of his buddy OG Anunoby.

Trent has jacked up 10 threes per game in the three games that Anunoby has missed and has been pretty effective doing so, nailing 43.3 percent of his attempts from beyond the arc. Expect him to keep letting it fly against the Grizz and bet the Over on his made threes prop.

At 12-6, the Miami Heat look like one of the best teams in the Eastern Conference through the early part of this NBA season. Led by Jimmy Butler, Bam Adebayo, and Kyle Lowry, the Heat are a formidable foe.

This team has been particularly effective at cleaning up the glass this season. Miami leads the NBA in both rebounding percentage and opponent rebounds per game and should have a big edge on the boards when they visit the Minnesota Timberwolves.

While the Wolves employ a guy like Karl-Anthony Towns, they rank near the bottom of the NBA in important rebounding categories, including 26th in rebounding percentage and 17th in total rebounds.

Towns himself averages 9.3 rebounds per game and has recorded seven rebounds or fewer in four of his last seven games. With a tough matchup against this Heat team, Towns looks like a good bet to stay Under his rebounding total in this one.

When Will Sports Betting Be Legal In Florida 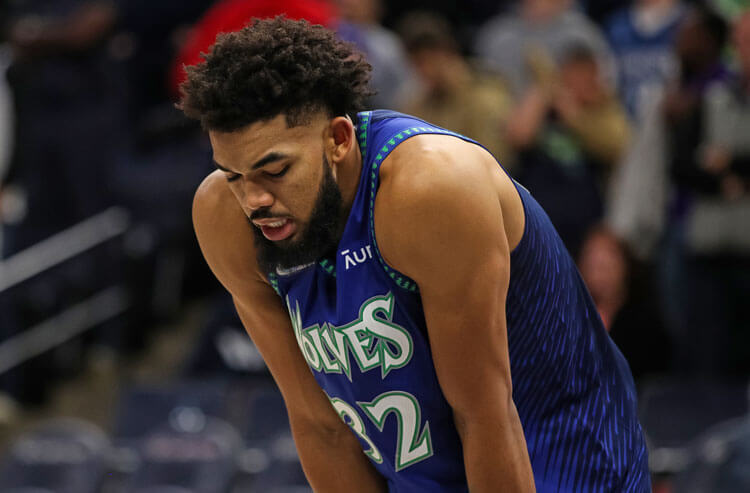