As most of the country turns its attention to March Madness, we're backing two of last year's NCAA Tournament studs who are now in favorable spots with our NBA player prop picks, including this year's Rookie of the Year-to-be, Evan Mobley. 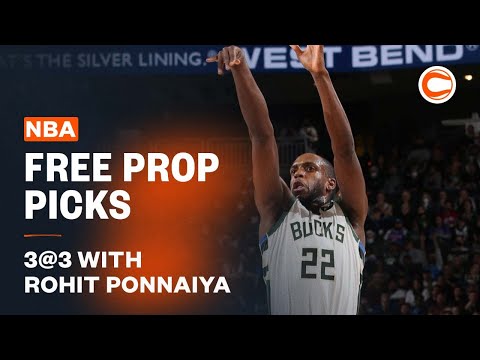 With most of the country focusing on March Madness, there are only four games on the NBA betting board this Saturday, but if you're looking at increasing your wagering options, there are plenty of NBA player prop bets to consider.

In the spirit of the season, we're backing a pair of rookies who stood out in the NCAA Tournament last year as well as putting our money on Khris Middleton in what is expected to be a high-scoring shooting in Minnesota.

Picks made on 3/19/2022 at 12:15 p.m. ET.
The odds widgets below represent the best odds currently available for each betting market at regulated sportsbooks.
Click on each pick to jump to the full analysis.

The first game on the board tips off at 5 p.m. ET between the Milwaukee Bucks and Minnesota Timberwolves. With the fast tempo and high-powered offenses of both squads, this total is sitting at a whopping 244.

Minnesota has broken out this season, but the T-Wolves are still vulnerable on the defensive end of the floor and that, combined with their speedy pace, has them sitting 20th in the league in scoring defense with 111.9 points per game allowed. They rank 24th in the NBA in 3-pointers allowed per game and have been particularly soft on opposing small forwards, surrendering 21.9 ppg to the position (sixth-worst in the league).

All those factors mean that Bucks small forward Khris Middleton should be set up for a good game. The All-Star is coming off a 32-point performance against the Kings and is averaging 26.6 ppg on 49/50/95 shooting splits in eight games this month.

The Over/Under on Middleton's points today is set at 21.5, a number he has surpassed in seven of his last eight games despite playing against Top-10 defenses like Utah, Golden State, Phoenix, and Miami over that span.

The Cleveland Cavaliers host the Detroit Pistons as they try to get a measure of revenge for a pair of defeats in Detroit earlier this year. Cleveland big man Evan Mobley was one of last year's March Madness darlings and has emerged as the runaway Rookie of the Year odds favorite this season. Mobley has been even more productive after fellow big man Jarret Allen broke his finger against the Raptors on March 6.

Since that game, Mobley is averaging 21.1 points and 10.6 rebounds per game in seven contests. He should be able to feast against a Pistons side that is 25th in the league in defensive rating and ranks dead-last in rebound rate. With the O/U on his points and rebounds total set at 27.5, a number he has eclipsed in five of his last seven games, we're hammering the Over.

Kispert From a Rose

Speaking of former college stars who are seeing an uptick in usage after injuries to teammates, we also like Wizards forward Corey Kispert. After high-scoring guard Bradley Beal broke his wrist at the end of January, Kispert (the Wizards' first-round pick in 2021) has been given more offensive opportunities.

The former All-American is averaging 13.8 ppg in his last five games, shooting a sizzling 60% from the field over that stretch. The only game during that span where Kispert scored fewer than 14 points was this Monday, but it was a bit of an outlier.

That matchup came against a strong defensive team in Golden State and he logged 20 minutes and took just three field-goal attempts in that contest, even though he's been averaging 30.8 minutes and 9.2 FGA per game since Feb. 10.

He should get more minutes and shots tonight against a Lakers team that ranks just 26th in the league in scoring defense with 113.8 ppg allowed. The Lakers are coming off a win against the Raptors last night to snap a three-game losing streak but could have tired legs as they chase Kispert around the perimeter on the tail-end of a back-to-back. 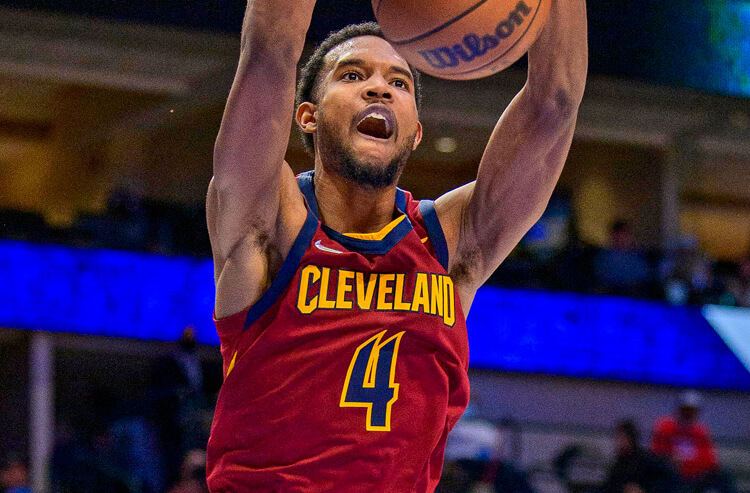