Nuggets vs Celtics Picks: No Joking Around

The Boston Celtics came into this season looking like a team on the rise, but after an impressive start, they've been a tough sell for NBA betting.

The Celtics have gone 3-7 SU in their last 10 games, sitting at .500 (13-13). While they're fourth in the East, they're merely two games up on the 9th-place Chicago Bulls, and need some serious positive momentum.

Instead of a gimme tonight, they get to host the Denver Nuggets, who are slowly finding their way amid heavy roster turnover and waves of injuries. Find out who will prevail in this contrasting clash with our Nuggets vs. Celtics picks and predictions for Tuesday, February 16.

Over is 10-2 in Nuggets' last 12 games as an underdog. Find more NBA betting trends for Nuggets vs. Celtics.

Denver is walking wounded heading into this game, and is thus being given points despite Boston being in a full-on mid-season crisis.

As trade rumors swirl around the Celtics like rabid buzzards, Boston's dropped two in a row to the East's two worst teams (Detroit and Washington). They looked completely listless Sunday afternoon, getting blown out by the Wizards.

All Denver did Sunday was manhandle the Lakers, and while Paul Millsap will sit this game, JaMychal Green is a more-than-capable backup. The Celtics will still struggle to contain Nikola Jokic (especially with Daniel Theis possibly out) and the absence of Marcus Smart is severely detrimental to stopping Jamal Murray.

Jayson Tatum will surely play better than he did Sunday (a measly six points), but the Celtics look generally shell-shocked, like they meant to level up this season and the cracks are beginning to show.

Boston matches up poorly in this spot and is laying points, making it really hard to back the Celts given their current form.

Celtics lines have been fairly tricky. They oscillate wildly between high and low-scoring performances, sitting an even 13-13 O/U on the season.

Denver, on the other hand, is the NBA's best Over team this season at 19-7. They average the NBA's fifth-most points per game, and aren't exactly a stout defensive unit on a good day, let alone when Millsap is out.

Combined, these teams average over 225 ppg, and several intangibles - from Denver likely dictating tempo, the absence of several key defenders, and Boston looking to get itself going after a pathetic showing against Washington  - suggest another Over.

The biggest threat to LeBron James narrative-coasting to another MVP trophy could be Jokic, who is putting up simply gaudy numbers for a Nuggets squad that's slowly climbing the West ranks.

Jokic's 26.5/11.5/8.7 basic line represents career-highs across the board, and easily surpasses his 42.5 pts+rebs+asts total for this game.

Jokic has eclipsed that number in four of his past five games, averaging 49.2 pts+rebs+asts in that stretch. Boston could be down their starting center, and outside of pine-rider Tacko Fall, has nobody over 6'9" to contest Jokic either in the post or on the glass.

This could be a huge night for the Serbian sensation, and getting this prop un-juiced can't be passed up. 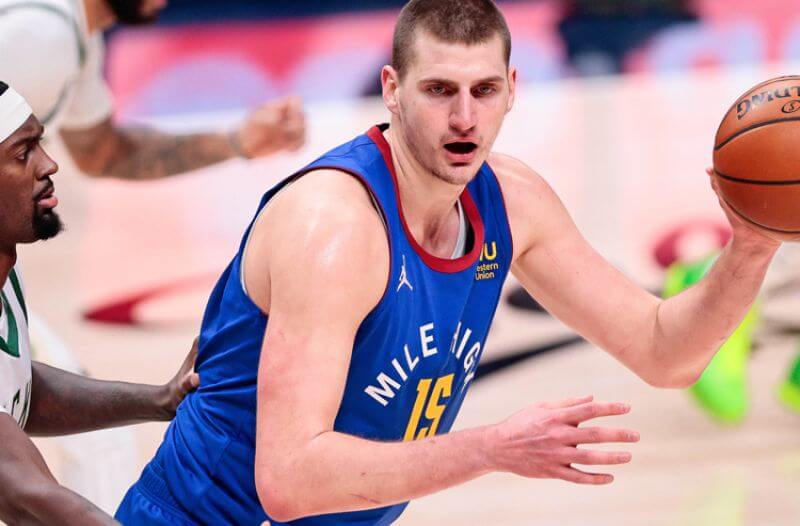 Nuggets vs Celtics Picks: No Joking Around
Provided by