Nuggets vs Bucks Picks: Can Denver Buck Up?

The Denver Nuggets keep struggling to hold their footing as they climb the Western Conference. Still just seventh in the West, the Nuggets have lost three of their past seven games to East lottery teams, remaining one of the NBA's most frustratingly inconsistent squads.

Tonight, they visit the Milwaukee Bucks as underdogs in NBA betting action, hoping to gain some momentum with a statement upset. Can bettors count on them? Find out with our free Nuggets vs. Bucks picks and predictions for March 2.

The Bucks are 4-1 ATS, both in their last five overall and at home. Find more NBA betting trends for Nuggets vs. Bucks.

DraftKings pegged Milwaukee a 6.5-point favorite late Monday night, went to -7 this morning and onto -8 midafternoon. As of 6 p.m. ET, the Nuggets are taking 57 percent of point-spread bets, while the Bucks are landing 61 percent of spread money. The total moved from 236 to 234.5 to 235, with 64 percent of bets/78 percent of money on the Over.

The Nuggets might be screwed from the get, heading into this one without either of their rotation power forwards against two-time reigning MVP Giannis Antetokounmpo.

Giannis has been on an absolute pillage of late, averaging an obscene 37.3 points and 12.5 rebounds over his past four games, clearly waking up after the Bucks lost five in a row and had pundits reaching for the panic button.

Denver's stone out of options when it comes to containing one of the NBA's most unstoppable forces, throwing what's already a questionable defense into further flux. Unless it plans on heavy doses of third-string Zeke Nnaji, an out-of-position defender (especially one as weak as Michael Porter Jr.) covering Giannis is a recipe for disaster.

Milwaukee's been firing on all cylinders, finally has Jrue Holiday back, and recently covered three consecutive double-digit spreads as part of its five-game winning streak. The Nuggets are contrastingly just 3-5 ATS through a particularly cupcake portion of their schedule.

Only Philadelphia and Utah are better at home than the Bucks this season, and Giannis is playing like he's pissed off. This is a spot to Fear the Deer.

The Bucks have been decimating bad defensive teams lately, and Denver is passable-at-best on D.

Without a pure option to contain Giannis, Denver's hand will be forced even more on offense, as one of the few teams with any hope of straight-up outscoring Milwaukee.

Combined, these teams average over 235 ppg, putting them above the 234.5 threshold we're looking at. Denver's scoring is up a touch recently – 118.6 ppg over its past seven games, compared to 115.6 on the season – while Milwaukee's recent triad of 132 ppg vs leaky defenses should be indicative of what it can do to this depleted Nuggets squad.

Denver will likely have to fight fire with fire in this one, which has us feeling the Over in a game where both teams can light things up in a hurry.

Given his torrid pace and the lack of defensive counter, Giannis' player props markets seem like natural spots to attack.

Our first inclination was to strike on the points+rebounds+assists market, but it sits at an ominous 52.5, such that a 30-point triple-double might not get the job done.

Instead, at less juice, we can get Giannis to score Over 33.5 points, something he's done in each of his past four games. And with the plodding Nikola Jokic as the help resistance, once the Freak overwhelms whoever the Nuggets decide to throw at him, that seems like a very fair proposition. 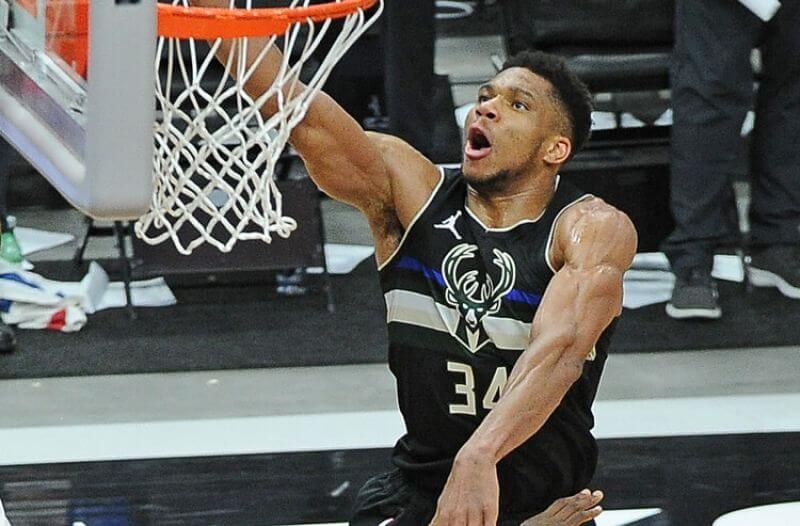 Nuggets vs Bucks Picks: Can Denver Buck Up?
Provided by