Washington and Brooklyn meet as two teams in complete freefalls right now. While one team has a superstar, the other has depth and cohesion, and we're backing the latter to prevail with our Nets vs. Wizards NBA betting picks.

There isn’t a team in the league that’s dealt with the type of drama that the Brooklyn Nets have over the last few weeks, but Steve Nash’s club has to find a way to lock in and beat the Washington Wizards on Thursday. The Nets have lost nine games in a row coming into this one, so they have to be feeling some desperation now.

Will Brooklyn get back in the win column in D.C.? You’ll want to keep reading our Nets vs. Wizards NBA picks and predictions for Thursday, February 10 to find out.

(Editor's Note: This preview was published prior to Thursday afternoon's announcements that the Nets had traded James Harden and the Wizards had traded Spencer Dinwiddie and Montrezl Harrell.)

The Wizards opened as 2.5-point favorites against the shorthanded Nets, and they’re now laying 3 at quite a few sportsbooks. Meanwhile, the total in this one opened at 217 and is now up to 218.5 in some places.

USA: TNT Thursdays: Opt in and place a 3+ leg, $10+ same game parlay (with cash) on any "NBA on TNT" game at FanDuel and get $10 bonus credit — regardless of if your bet wins or loses! Opt In Now

The Nets are 5-16-1 against the spread in their last 22 games. Find more NBA betting trends for Nets vs. Wizards.

Nets vs Wizards picks and predictions

The Nets have gone through a lot in the last few weeks, as they are currently banged up and they’ve also been dealing with James Harden trade rumors. Brooklyn comes into this meeting with a mediocre Washington team after having lost nine games in a row, and Irving will be the only superstar to take the floor for the Nets in this one. Even against a Wizards team that will be without Beal, that’s just not enough.

Brooklyn is currently playing with a roster full of guys that can’t crack the team’s real rotation, and that’s going to make it very hard for Irving to find somebody he relies on this game. He’s going to throw on his do-it-yourself kit in this one, which will make it easy for the Wizards to come up with a game plan. Washington will send help in Irving’s direction when he gets into the paint, and the team will live with Brooklyn’s other players taking open shots.

The Wizards will still have guys like Spencer Dinwiddie, Kyle Kuzma and Montrezl Harrell out there tonight. None of them are individually as good as Irving, but with a supporting cast that includes Rui Hachimura, Kentavious Caldwell-Pope, Deni Avdija and Corey Kispert, Washington is just the much deeper team right now. That is going to make a huge difference in a game in which Brooklyn is facing so much uncertainty.

The Nets are averaging just 99.5 points per game over their last four contests, so this isn’t a team that is playing well on the offensive end. Having Irving out there for a road game certainly helps, as Brooklyn didn’t have him in a 99-point performance against Boston last game. But it’s still hard to envision things changing all that drastically. The Under is also 7-1 in the last eight games in which the Nets have allowed 125 or more points in their previous game.

The Wizards have also been playing some low-scoring games of their own recently. The Under is 4-1 in the last five Wiz games, and it’s also 7-2 in the last nine games in which Washington is coming off of a loss.

The Nets are an unbelievable team on paper, but this current team is not the one that people expected to see this season. Overall, Brooklyn is a complete mess at the moment. And until things start to improve, it’s not a bad move to fade Nash’s squad on a nightly basis.

While Irving will do his best to put up a fight in this one, the Wizards have a rotation full of proven NBA players. That will be enough for Washington to ultimately take care of business against a Brooklyn squad that has too many green players playing big minutes. It’s best not to overthink this one.

Did you know that if you parlayed today’s NBA Nets vs. Wizards predictions and picks in a single-game parlay, you could win $26.45 on a $10 bet? 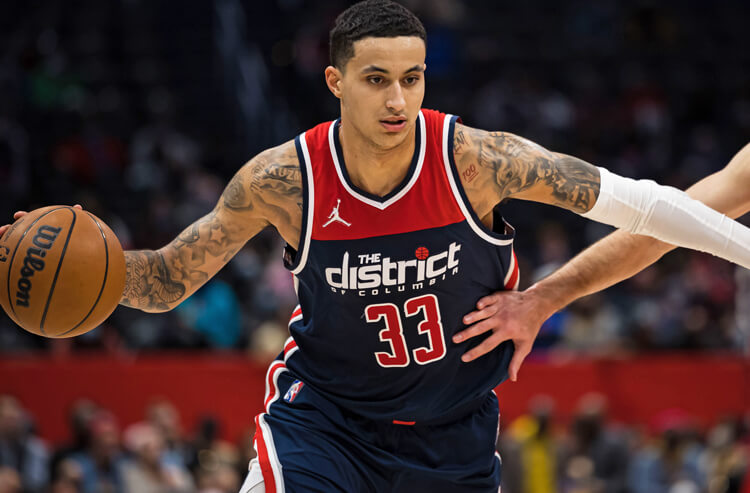