Bucks vs Jazz Picks: Groove to the Music

The NBA betting board for Friday night is headlined by a battle between the team that finished last season with the best record in the league and the current club atop the standings, as the Milwaukee Bucks take on the Utah Jazz.

Oddsmakers are expecting a close battle with the Jazz opening as slim 1.5-point home favorites with the Over/Under set at 232.5.

We break down the matchup with our best free Bucks vs. Jazz picks and predictions for Friday, February 12, with tipoff at 9 p.m. ET.

The Bucks are 0-5 ATS in their last five games against teams with a winning percentage above .600. Find more NBA betting trends for Bucks vs. Jazz.

The Bucks are fresh off a 125-124 loss to the Phoenix Suns, but prior to that defeat had reeled off five wins in a row.

The Jazz are the hottest team in the league, having won 16 of their last 17 games and going an incredible 15-2 ATS over that span. That streak actually began with a 131-118 victory over the Bucks in Milwaukee on January 8.

While it might seem like the Jazz are due for a loss and the Bucks are in the perfect spot for a revenge game, there are also plenty of reasons to side with the home team.

While the Bucks have been good this year, they certainly don't look anywhere near as dominant as they did the last two seasons, especially on the road.

After going 24-9 SU on the road last season, Milwaukee is 7-7 SU this season. That's bad news for the Bucks as they take on a Jazz team that is 9-1 ATS in its last 10 home games and has dominated the head-to-head in Utah, going 16-5 ATS in the previous 21 contests at Vivint Arena.

The other factor to consider is that while both teams will likely be without their starting point guards, Utah is better built to handle that absence. The Bucks will miss their primary ball-handler with Jrue Holiday likely out as he entered the league's health and safety protocols on Monday. While the Jazz will be without Mike Conley, they have three other strong ball handlers in Donovan Mitchell, Joe Ingles and Jordan Clarkson who can all initiate the offense. Back the Jazz to win again.

When these teams met up last month, they combined for 249 points. Led by reigning two-time NBA MVP Giannis Antetokounmpo, the Bucks lead the league with 121.4 points per game.

The Deer also play at a fast pace and get their points both from running the floor (leading the league with 16.6 fast break points per game) and shooting from deep, ranking second in the league in three-point percentage at 40.2 percent.

That said, the Jazz have also been lights-out from behind the arc, leading the league with 17 three-pointers made per game at an identical 40.2 percent clip. That should mean plenty of threes for Utah tonight, with the Bucks ranking just 25th in the league by allowing foes to shoot 38.7 percent from deep.

Led by Mitchell and his 24 ppg, the Jazz average 114.6 ppg while also leading the league in offensive rebounding rate.

The Bucks have gone 6-1-1 to the Over in their last eight games, and the two games they didn't go above the total were against the offensively inept Cavaliers (The Bucks still scored more than 120 points in those contests).

The Jazz are a very tough defensive squad but have still gone 7-3 to the Over in their last 10 games against teams with a winning percentage above .600.

With the Over also cashing in six of the last eight games in the head-to-head, back it again.

Milwaukee's Khris Middleton has proven himself to be more than just a knock-down shooter and wing defender. The All-Star swingman is leading the Bucks with a career-high 6.2 assists per game.

He's been dropping even more dimes since Holiday was sidelined this week, racking up 12 assists against the Nuggets on Monday and 11 versus the Suns on Wednesday. Expect another strong passing performance from Middleton tonight and take the Over 6.5 on his assists total. 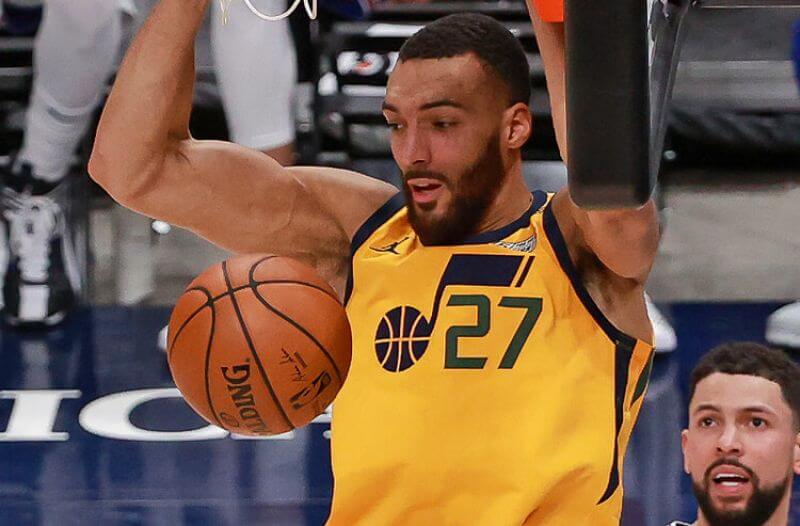 Bucks vs Jazz Picks: Groove to the Music
Provided by