Coming off a dominating 5-2 win over Vancouver last weekend, we're siding with the Galaxy and yet another high-scoring affair in MLS action tonight. Find out more in our LA Galaxy vs. Seattle Sounders betting picks.

The Galaxy are on the right side of the playoff picture, currently tied for sixth place and entangled in a 33-point logjam with four other teams. While it looks like the Sounders are languishing in 10th place, they’re just a point behind the Galaxy.

Find out who has the betting edge tonight in our MLS picks and predictions for LA Galaxy vs. Seattle Sounders on Friday, August 19.

B) L.A. Galaxy to win both halves BOOSTED to +430 at BetRivers! Claim Now

Expect a pleasant 72 Fahrenheit in Los Angeles for Friday’s late kickoff. There is an almost-negligible 3% chance of rain, while winds should be discernibly light at about four mph. Humidity will be high, reaching 72%.

Despite an abject run that has seen them lose seven of their last 10 matches, the Sounders still have a viable shot at qualifying for the postseason. Seattle trails the Galaxy, Portland, Vancouver, and Nashville by a single point but played a game less than each team, aside from Friday’s opponents.

The Sounders need to turn their fortune around quickly if they’re going to snatch a postseason berth. They’ve lost four consecutive away matches, all by a single goal. While Brian Schmetzer’s side has a knack for keeping contests close, consistently losing by a goal isn’t a hallmark characteristic of a successful side.

The last time they took all three points in enemy environs was on July 2 in Toronto. That 2-0 victory was a masterclass in how to perform on the road. Unfortunately, Seattle hasn’t been able to replicate that caliber of performance nearly enough. The Sounders have taken just 10 points from 12 away contests, clearly highlighting why Schmetzer’s are on the wrong side of the playoff picture.

For all of Seattle’s current tumult, the club performs exceedingly well against the Galaxy. The Sounders are unbeaten in eight straight contests against the Galaxy, representing Los Angeles’ second-longest winless streak against any side in its 26-year history. Seattle will equal the longest unbeaten streak, accomplished by the Red Bulls from 2003-06, against the Galaxy if they avoid defeat.

Like Seattle, Schmetzer’s side hasn’t found a way to play consistently well. The Galaxy have only won three of their previous 10 MLS matches and haven’t won back-to-back matches since beating Portland and LAFC in early April. But, and this is a Kim Kardashian-size but, LA is confident playing in front of its home fans.

The Galaxy have taken 22 points from 13 matches and have the Western Conference’s sixth-best home record. They have also won three of their last four at Dignity Health Sports Park. Look for the Galaxy to eke out a victory in a nip-and-tuck, one-goal affair.

The Galaxy score in bundles on their home patch and have bagged 25 goals in 13 contests, third most in the Western Conference.

However, while they can seemingly score at will, they have conceded 18 goals at Dignity Health Sports Park. That is the conference’s second-most porous defense, with only San Jose having conceded more at home.

Four of the Galaxy’s previous five home contests have resulted in the Over, while Seattle’s last two away matches have seen at least three goals.

While the Sounders aren’t prolific on their travels, they’ve managed to score a goal in five straight matches. The Galaxy’s defense is by no means impenetrable, and both teams are susceptible to a mistake due to their recent struggles and overall lack of confidence.

The Galaxy should have just enough to win, but they won’t be able to keep Seattle off the scoresheet. Look for a tight 2-1 Los Angeles victory tonight. 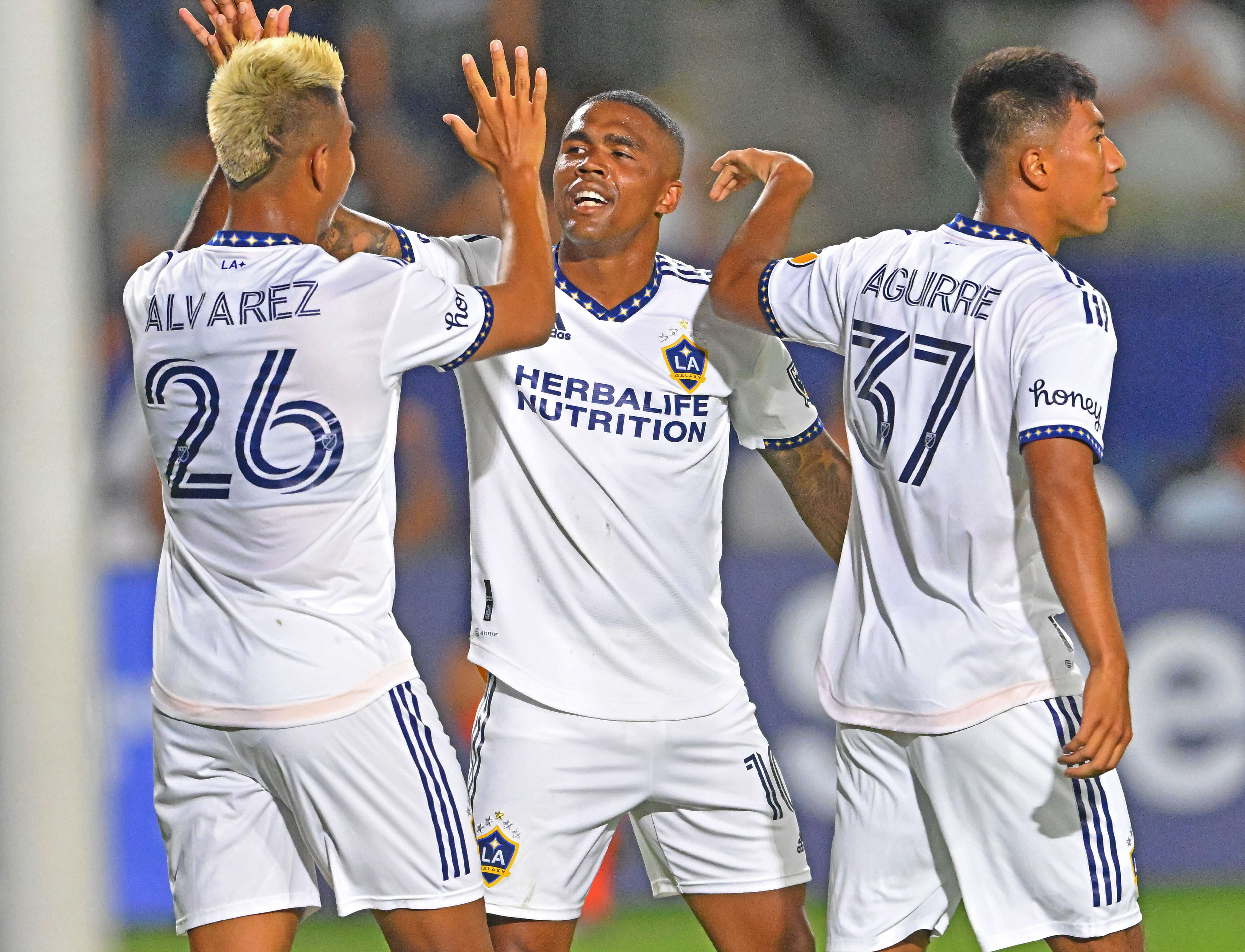