Yankees vs Rays Picks and Predictions: McClanahan-Montgomery Round 2 Means Another Under Bet

Shane McClanahan has allowed just five runs over his last three starts, holding foes to a .200 batting average. He faces a floundering Yankees offense today, putting good value in the Rays to win and the Under.

Just when it looked like the New York Yankees might be turning the corner, they drop three of four to the Boston Red Sox over the weekend. And things won’t get any easier as they open a three-game set against the Tampa Bay Rays at the Trop.

Meanwhile, the Rays have the Red Sox in their sights for the top spot in the American League East, so don’t expect them to let up against the Yanks.

Check out our free MLB betting picks and predictions for Yankees vs. Rays on Tuesday, July 27.

Jordan Montgomery (3-5, 3.96 ERA): Montgomery has quietly become Mr. Consistent for the Yankees rotation. The lefty has allowed three earned runs or fewer 10 times in his last 11 starts, pitching at least into the sixth inning in nine of those games.

Shane McClanahan (4-3, 3.88 ERA): The Rays fire-balling rookie is in a groove right now. The lefty is pitching to a 3.16 ERA, striking out 10.34 batters per nine innings, and limiting opponents to a .208 batting average over his last six starts.

The Yankees are 5-12 in their last 17 trips to Tampa Bay. Find more MLB betting trends for Yankees vs. Rays.

The Rays have won 12 of their last 16 games to pull within a game and a half of the Red Sox in the AL East and will look to shrink that deficit further when they start this series with the Yankees.

The Rays look to still be one of the best value bets in baseball when it comes to World Series futures. They have already been active ahead of this Friday’s trade deadline, bringing in DH Nelson Cruz to bolster a lineup that is already in the Top 10 in scoring.

While the Rays go against a starter who is in a groove in Montgomery, the lefty hasn’t been as effective when pitching away from Yankee Stadium. Montgomery owns a 4.75 ERA and a 1.32 WHIP, while allowing opponents to hit .252, in 10 road starts this season.

But the real problem for the Yankees this season has been their inconsistent offense. While New York has hit the eighth-most homers this season... they are still 24th in scoring. To make matters worse, their once-unhittable bullpen even looks mortal these days.

With that swing-and-a-miss offense going against a guy in McClanahan, who is throwing straight gas over his last six starts, the value is with a Rays team that has outscored the Yankees by 27 runs in their 13 meetings this season.

This pitching matchup is actually a rematch from their series back in early June. Montgomery got the better of McClanahan in that one in an eventual 4-3 Yankees victory — but the important part here is that game stayed below the total of 8.0. And with Tuesday’s total at that same number, we are leaning towards the Under once again.

Why? Because both starters are locked in and are pitching even better than when they met back in June.

Montgomery has a 3.43 ERA and 1.19 WHIP over his last 11 starts and has pitched very well against the Rays this season. The lefty has already faced Tampa four times and owns a 3.86 ERA and is limiting them to a .169 batting average.

On the other side, McClanahan has allowed just five runs over his last three starts, limiting opposing teams to a .200 batting average. Then he hands the ball to a bullpen that ranks second in ERA and is first in WHIP. This one should sneak below the number. 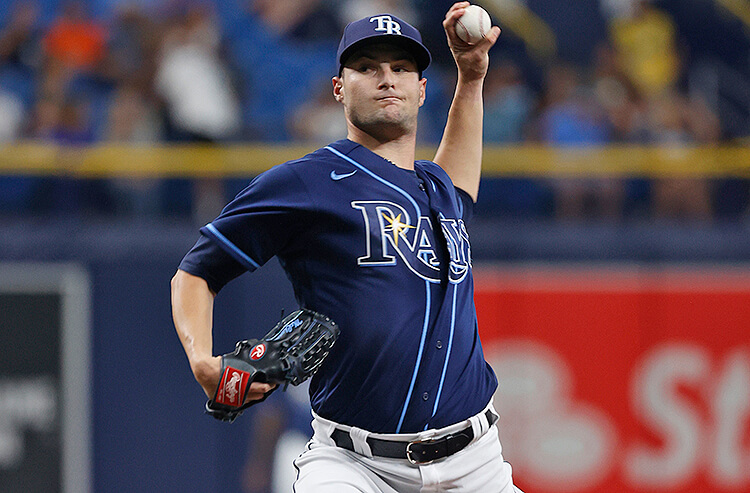 Yankees vs Rays Picks and Predictions: McClanahan-Montgomery Round 2 Means Another Under Bet
Provided by