We're going coast to coast with our MLB prop picks for Tuesday, as our bets feature a couple of AL East divisional matchups... and then we go to the West Coast and Logan Webb — the best pitcher nobody talks about — thriving in the thin air of Coors Field.

The MLB comes out of Labor Day with a fully-loaded schedule as all 30 teams take the field. That means plenty of prop bets for hungry baseball bettors to dive into.

Today, we look at some props for a pair of American League East matchups and then we focus on Giants’ starter Logan Webb, the best pitcher in baseball you aren’t talking about.

We break down and pick these games with our best free MLB prop bets and predictions for Tuesday, September 7

It appears that the New York Yankees are one of the streakiest teams in baseball this season and after a hot streak that saw them climb all the way to the top spot in the American League wild-card race, they have hit another cold patch. And it is at an inopportune time as the visiting Toronto Blue Jays are on the upswing.

The Yankees enter this matchup losers of seven of their last nine, which includes dropping Game 1 of this series 8-0 yesterday. And while New York hands the ball to ace and AL Cy Young betting favorite Gerrit Cole in hopes of stopping the skid, today we are more concerned with the potential lack of bombs from the Bronx Bombers.

Toronto counters Cole with lefty Steven Matz and while fellow southpaw Robbie Ray is the Jays’ starter getting the Cy Young hype, Matz has quietly been terrific recently as well. In six starts since the start of August, Matz owns a 1.65 ERA and a 1.22 WHIP, and in one start against the Yanks this season, Matz pitched 6 2-3 innings of six-hit, one-run ball while striking out 10.

He’ll have a chance to stay hot against a Yankees team that ranks 26th in batting average and 22nd in OPS when facing left-handed pitching over the last two weeks. That includes letting Hyun-Jin Ryu go six innings while giving up just three hits and zero runs yesterday.

The Yanks bats should be slow to start in this one as well.

The Tampa Bay Rays are coming off an incredible 11-10 comeback win over the Boston Red Sox in which they trailed 7-1. The win was the Rays 12th in their last 15 games and are now on pace for 100 wins. Tampa Bay will try to keep rolling as they continue their series against the BoSox tonight.

The Rays face Eduardo Rodriguez in this one and, despite some struggles, he has pitched pretty well against the Rays this season, posting a 2.60 ERA in three starts against the Rays — including shutting them out over six innings on four hits his last time out.

That said, Rodriguez has been inconsistent for much of the season, while the Rays rank fifth in batting average and second in OPS when it comes to facing left-handers over the last 30 days. Rodriguez will then have to hand the ball to a Red Sox bullpen that has been struggling lately, ranking 20th in ERA and 24th in WHIP over the last month.

With the Rays going Over this number 16 times in their last 20 games, we like them to do it again here.

Logan Webb is the best pitcher in baseball that no one is talking about. The Giants starter is on an incredible run right now, as he hasn’t allowed more than three earned runs in a start since May 5 and is pitching to a 1.46 ERA while limiting opponents to a .196 average over that 14-start span.

The righty will look to stay hot as the Giants continue their series at Coors Field against the Colorado Rockies. While the Rockies are a completely different team at home than compared to at the road, this is a tough task for the home team — considering how well Webb is pitching and the fact Colorado ranks just 16th in batting average and 20th in OPS when facing right-handed pitchers.

With Colorado countering with Chi Chi Gonzalez — and his 6.13 ERA — the Giants and their deep lineup are a great bet to have the lead through five innings. 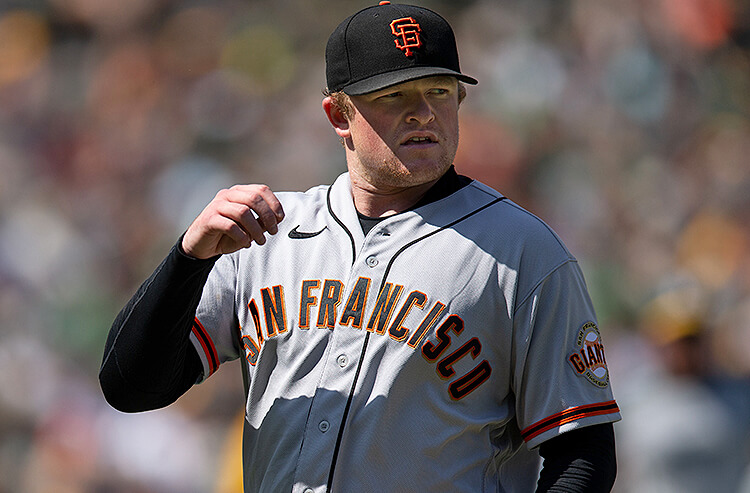